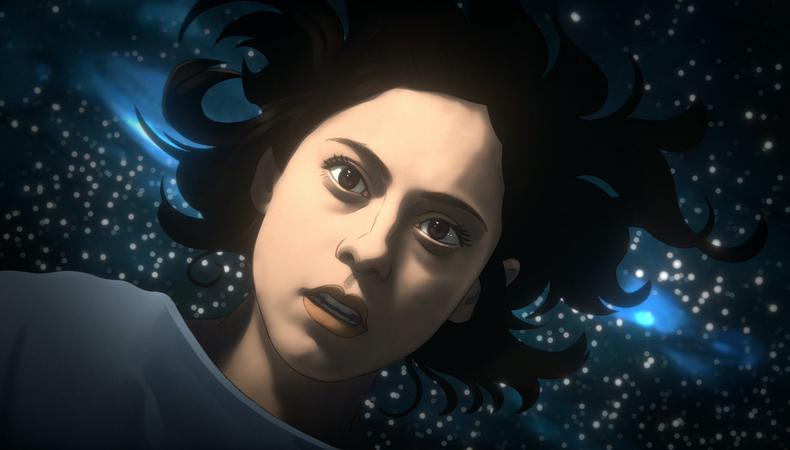 For Hisko Hulsing, Amazon’s “Undone” is a dream project. As the show’s director and production designer, Hulsing was able to use his background in painting and animation to bridge the gap between actors and animators, designing and implementing a cohesive onscreen vision. Spanning two continents, several time zones, and multiple production companies and artisans, “Undone” represents a feat of collaboration and attention to detail, both ideas that Hulsing takes seriously in his approach to filmmaking.

In conversation with Backstage, Hulsing describes his involvement with the series, the value of having multiple creative interests, and how aspiring filmmakers can learn about and hone their craft outside of a traditional classroom setting.

How did you become a director?
I did art academy and I took animation just as an extra course and that’s how I sort of rolled into animation; once I started making my first film, it turned out to be so much work that I didn’t have time for anything else! But one of the great things with animation is that it’s such a multimedia kind of thing that I could use all my interests in that: drawing, painting, directing, storytelling, acting, music. All those things come together in animation so it’s hard to get bored.

I didn’t have formal training as a director—I had formal training as a painter but not as a director. I was inspired by Paul Thomas Anderson who only did one month of film academy and then [realized] he didn’t need it. So I took his advice: just watch as many films as possible, analyze them, listen to audio commentaries, read books from directors. That’s how I think I learned how to direct, just by analyzing and doing it. 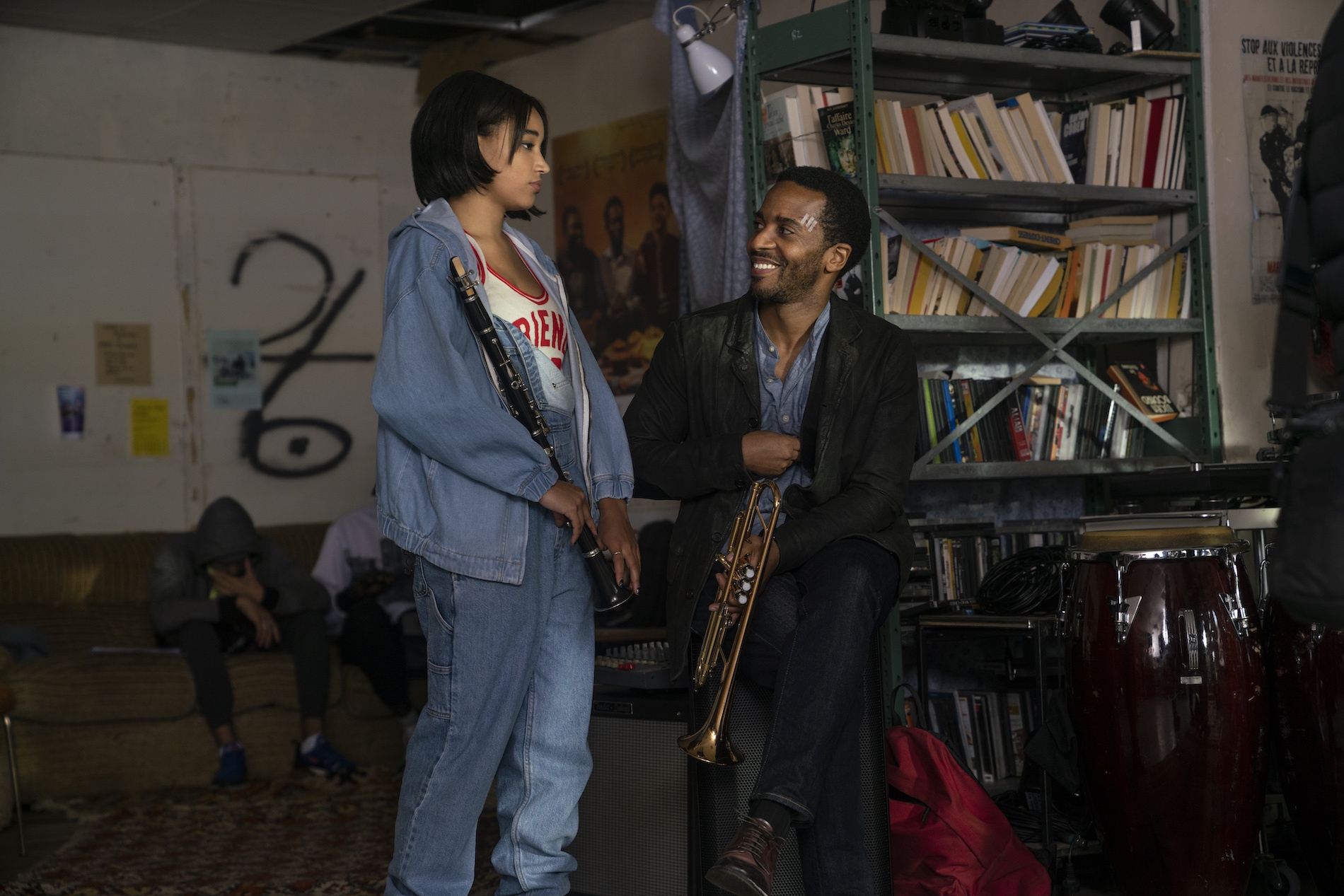 Not All Creators Need Film School

I made a short film called “Junkyard,” and based on that, I did some other projects. Then I did animation for “[Kurt Cobain]: Montage of Heck,” a film about Kurt Cobain by Brett Morgan. Noel Bright and Steve Cohen [from The Tornante Company] saw “Montage of  Heck” and “Junkyard” and they thought I would be a good person to direct “Undone.” I actually wanted to stop doing animation because it’s very hard work and it’s very hard to make enough money doing it—I was a bit fed up. But then they pitched “Undone” and I read the scripts and it felt like a dream project because it contained all the elements I find interesting in animation and film. And it’s very intelligent; it made me cry when I read it, and laugh.

From there, they sent the series with my artwork attached to Amazon and then we started production. That’s how I got involved, [it’s] sort of a project from heaven. It was perfect timing.

What does a day in the life of a director look like?
With “Undone,” we filmed all the shots on a soundstage but without sets. We design everything in 2D and 3D before we film anything with the actors so once we’re “on set,” we don’t need a set because we’re going to paint all the surroundings later on.

As a director on the set, I [was] always there with [showrunners] Kate Purdy or Raphael Bobs-Waksberg, directing the crew. We filmed everything with two cameras at the same time and most of my job was to communicate with the cameraman, with the [DP] and with the actors: where they were situated, what kind of space they were in, what the angle of the camera [was], what kind of lens we [used], what kind of lighting. That all had to fit with the layouts and designs we made, so it took a lot of imagination.

Once the animation process started, there were several things to be done. One of them was rotoscoping—the tracing of the live-action, the linework based on the acting. The rest was all done in Amsterdam: storyboards, layouts, background paint, 2D animation, 3D animation, compositing. My involvement was very hands-on because there’s a lot of special effects and transitions. The script [might say] something like, “the room falls into itself” and then it was up to me and my team to come up with a visual representation of that. We used [oil] paintings and projected them onto the 3D so the animation looks like it’s painted. It wasn’t so much me as a director but more as [the] production designer to make sure everything had the same look and then we had a team of compositors who brought all the layers together—line animation, colors, shading—to make it look [like] one cohesive world.

As a director, I think it’s important to listen to ideas from other people [and] use the abilities of the whole team. Something I’ve learned from working with such a great team and such a big team is that there are so many intelligent and creative people who can come up with ideas that would not have come up in my head. And then as a director, it’s an important thing to be open to suggestions and pick the best ideas. It’s very comparable to painting: When you’re painting and something happens, the best thing to do is just make sure you can use the things that are best. And it’s the same when you work with a team that you can make use of those kind[s] of “happy accidents” and ideas from other people.

How important has your professional network been?
For young filmmakers, of course, it’s good to know a lot of people but what’s more important is to make something that stands out. If you make something that stands out, that wins awards, it will get noticed. I think there are directors in live-action who bluff their way in [but] as an animator, it’s impossible. What you see is what you get. If you’re a good animator people will notice it and if you’re not a good animator people will notice. You cannot fake being an artist.

What advice would you give aspiring directors or animators?
When you study in art academy and make your own film, it’s [endless]. It took me six years to make an 18-minute film. The budget was low and I was so arrogant to think I could do everything myself. Now I realize that working on a team is beneficial (and because you get more breaks on set). On the other hand, I have to say that by doing everything myself,I really learned how to do it. This isn’t really advice but I think the best thing is to make sure you learn the craft as well as possible but then cooperate with others who may be better than you. It’s also good to have very broad cultural interests. Make sure your knowledge of art history and music and film is as broad as possible.

What are some of your favorite moments of great directing and production design?
There are so many. A film that inspired me at a very young age was the Pink Floyd movie, “The Wall.” Parts of that film are animated and as a 15-year-old, I completely related to the character and realized that animation was such a perfect way to show the inner world of a character. That’s something I’ve been using my whole career. I also still watch the very old Disney films—“Bambi” is one of my favorites. Today, animation in Hollywood is mostly family entertainment and it’s well-done and it’s funny but it’s not very artistic. When you see “Bambi,” it’s so clear that the whole team really wanted to make a piece of art. The backgrounds are beautiful, the animation is incredible, the music is like a symphony and I miss it a little bit in animation right now. We’re bringing back the hand-crafted stuff and oil paintings and everything but [there’s] still something special about “Bambi” and those kinds of films.

Allie White
Allie is Backstage’s director of editorial operations, whose professional background includes women’s interest, news, health, beauty, and, of course, entertainment. Despite a crippling fear of singing in public, she still believes she’ll be a Broadway star one day.
END_OF_DOCUMENT_TOKEN_TO_BE_REPLACED