3 Essential Factors to Consider When Acting in a Comedy 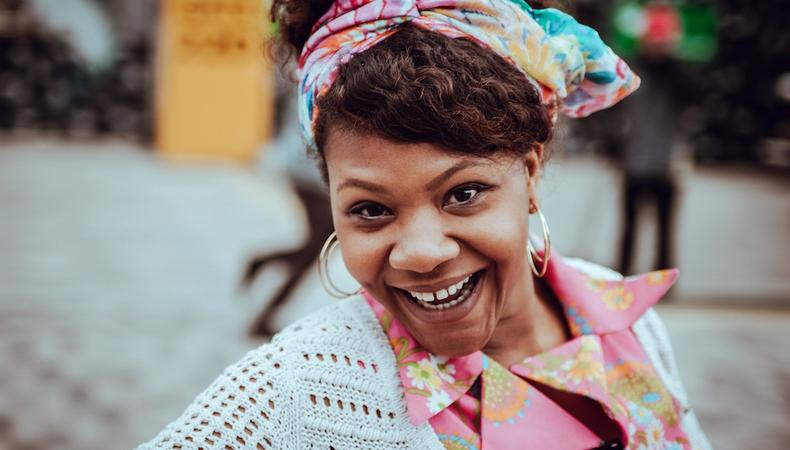 Some argue that you can’t be funny if you don’t have comedic timing, but I disagree. Finding the funny is technical. I believe everyone can find the funny by finding clues in comedic scripts. Will some actors be better at it because they have better comedic timing? Sure. But that doesn’t mean others can’t give a funny audition or performance. With just a few techniques, all actors can get more laughs. Here’s how.

Acting for single-camera versus multicamera.
Let’s start with the basics. There are two types of comedy: single-camera comedy and multicamera sitcom. What’s the difference you ask? Well, a lot.

Secondly, a multicamera sitcom is usually filmed on a stage in front of a live audience. Think “I Love Lucy,” “Friends,” “Cheers,” “Bing Bang Theory,” “How I Met Your Mother,” “Two Broke Girls,” etc. This means you have higher stakes because you’re performing for a live audience and the multiple cameras will capture everyone’s reaction simultaneously. Usually, they’ll have a few “sets,” like a kitchen, living room, or hallway, and the cameras will travel between them.

Single-camera comedy is shot on location on a lot like Paramount, Universal or Warner Brothers, or in an actual location like a Brooklyn apartment, diner, or sidewalk. Instead of having multiple cameras getting everyone’s reactions simultaneously, a single camera shoots one character’s reaction and then reverses the camera to get the other characters’ reactions. Each actor is shot individually. Think of shows like “Modern Family,” “New Girl,” and “Fresh Off The Boat.” These single-camera sitcoms have a movie-like feel to them.

In a single-camera sitcom, the jokes are more conversational. In a multicamera sitcom, the stakes are higher, as if you’re onstage. Many times, actors mistake high stakes for volume. As a result, actors are told by casting directors to “dial it back,” “bring it down,” or not be, “so big.” This mistake happens because many actors are general with their opinions instead of being more specific with choices. Louder doesn’t mean funnier or more specific. When you go to a stand-up comedy show, they don’t say they “sort of” like dogs—they say they “love dogs more than life itself.” They don’t say they “dislike taking the subway”—they say the subway is the “worst manmade invention on the face of this earth!”

In other words, comedians get very specific. They love or hate with their choices. Funny doesn’t exist in a gray area. When you’re in a gray area with your comedic choices, you come across as general or non-specific. The more specific you are with love or hate, the more your point of view is universally understood and funny.

Emphasizing the antithetical.
Another way to find the funny is to look at what the writer’s intention of the scene is, getting a feel for what’s important in the script. What points does the writer want you to make? A great way to do this is to find the antithetical—items in direct opposite of each another. For example, “Why do I have to take the garbage out while he sits on his butt?” or, “Let’s ride the red bike, not the blue bike.” When we emphasize opposites, we become much more specific with our choices.

These are just a few things to help guide you. As I always tell my actors, the script is your treasure map to all the gold you’ll need for finding the funny.