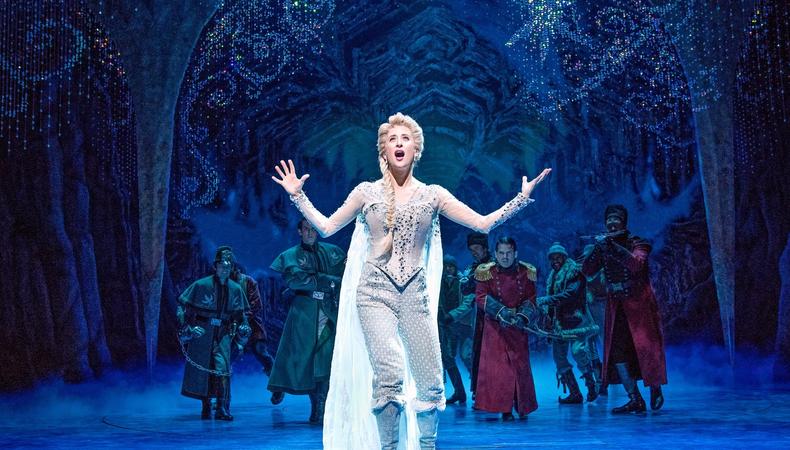 Come on, admit it: You’ve got frozen-fractaled dreams of singing “Let it Go” on Broadway. Well, your time is now.

Tony-nominated “Frozen” is holding open casting calls in both Los Angeles and Hawaii (along with Disney’s “The Lion King” and “Aladdin”), and Backstage got firsthand insight on how to nail an audition for the smash hit musical from Robert Lopez and Kristen Anderson-Lopez—who happen to be the people who wrote it.

Get cast in Disney’s 3 Broadway musicals

“Do whatever you can to really bring yourself to the room, not any expectations of what you think people want you to be,” Anderson-Lopez told Backstage recently. “The people that we cast are the people that bring their humanity to what they’re doing. All we’re looking for is vulnerability and the ability to make us feel who they are.”

Lopez, who also wrote the Tony-winning score for “The Book of Mormon,” seconded his wife’s advice, and also added some actionable guidance.

“On the musical side, people should learn a little music theory,” he said. “Learn to read music and come in knowing your stuff and be able to read it in the room, rather than having to be taught. I think it really helps.”

For even more Disney-specific audition advice, check out the Backstage cover story with Patti Murin, who’s currently reigning as Princess Anna on Broadway, and who revealed the one thing she always does before going into the room. Obviously, it worked for her!

For even more Broadway gigs, check out Backstage's theater auditions!

Casey Mink
Casey Mink is the senior staff writer at Backstage. When she's not writing about television, film, or theater, she is definitely somewhere watching it.
END_OF_DOCUMENT_TOKEN_TO_BE_REPLACED