Speaking a Fictional Language on Camera? This ‘Game of Thrones’ Language Creator Has Some Tips 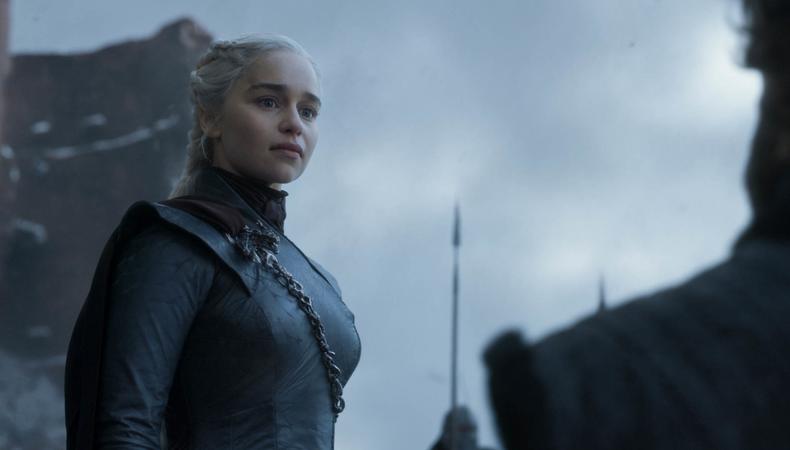 Can you pronounce “valar morghulis” or “yer shekh ma shieraki anni”? If you can say these phrases from HBO’s “Game of Thrones” or can at least imagine how they should sound from hearing them on the show, that’s thanks to David Peterson. Peterson is a language creator (otherwise known as a “conlanger”) who brought Dothraki and Valyrian to life for the epic fantasy series—but those are far from the only languages he’s created. Peterson has worked on other TV shows and in movies on projects like Marvel’s “Thor: The Dark World” and “Doctor Strange” as well as the CW’s “The 100.” You’ll hear his work in the upcoming film “Dune,” as well. We recently caught up with Peterson to learn more about how he creates languages and what actors need to know if they have to speak these fictional tongues.

What does your process for creating a language look like?
As a language creator on a show, my job really comes in two phases. The first phase is actually creating a language, and that part of my job is no different from what I was doing beforehand when I was creating languages on my own. First there’s a small back and forth with the production team [and] with its producers, showrunner, and director, depending on what I’m working on, about what they want the language to sound like. After that, they don’t really care. The rest is up to me or they have a few other ideas. After that’s settled, I spend the next few months building a language, making it as big as I can, and creating as much vocabulary as I can, trying to anticipate what I’m going to translate. After that point, my job really switches to becoming a translator.

I get the scripts for television shows or the script for a movie, and the script coordinator marks lines that are supposed to be translated into one or more languages depending on how many I’ve created for the show. I translate those lines. I use a program called Final Draft. What I do is I take all the lines to be translated and I break them down so each line has its own section. I write in English and then the line below that is the line translated into the language. Below that is a phonetic breakdown of the line breaking it out syllable by syllable and putting in all caps the syllables that have the highest intonation. Then below that is a word for word gloss for the actors if they want to know exactly what each word means so that they know where their biggest emphasis [should be]. Above that, there is an mp3 title that’s where I record the line. I record it full speed exactly as I want the actors to say it, then I do it slow so they can hear exactly how it’s supposed to be pronounced. Then I do the English for reference. I record that for every single line I translate for shows and movies. I package the Final Draft document and all the mp3s and I send them back to the script coordinator. The script coordinator distributes the materials to the various actors.

For “Game of Thrones,” how did you first approach those languages and did they evolve in any way over the eight seasons?
The languages I created were supposed to be the onscreen versions of George R.R. Martin’s languages, so the first thing I did was I got his books. I took a tally of all of the words and phrases used in his books, analyzed them, and then created stuff that was exactly in keeping with what he had created. That was always the primary goal. From the time those languages got stable grammatically, they haven’t changed. It’s just adding more words. The grammar and everything has been remarkably stable since I created them the first time.

READ:  ‘Game of Thrones’ Sound Editor on the Vocal Performance Actors Should Strive For

Is there anything different about your approach to a TV show versus a movie?
Not much. With a movie, it typically is not as many lines and so I may pay more attention to the exact sounds of the various words and the lines that come up because I know they’re not going to get many, so I make sure they sound exactly the way I want. With television, even if there are some episodes that don’t have any lines, there will be plenty by the time we’re on to Season 2 or 3 or 6, so that’s not as big a concern…. Sometimes I work with the actors, sometimes I don’t.

Do actors seek you out with questions about speaking or pronunciation?
Yes, some are better than others and some need more help than others. I’ve worked with all kinds of different actors. I’ve discovered those with better musical ability seem to be able to jump in a lot easier than those without. They seem to be pretty good at really just imitating the sounds that they hear. That’s key, of course, just making sure they pronounce it exactly the way I do. I don’t always get to work with the actors. Really though if you want the actors to feel comfortable and you want them to do their best work, then I should be working with them all the time.

When you do work with actors, what have you found is the most challenging part for them when trying to speak created languages?
It varies language by language, but it’s always sounds, the sounds themselves or sounds in unfamiliar locations that they need to work on. It will vary actor by actor depending on what their first language is. There’s nothing across the board that’s difficult or easy for every single actor. What I have discovered though when I’m working with actors is that almost always they’re really excited about the prospect of working in a created language because they kind of feel like its a prop. It’s something that is very tangible that can help them get into character. I think I anticipated initially a lot of pushback, and every so often I see it, but it’s extremely rare. More often than not, they’re actually quite excited about it, not even neutral; they’re excited about having this really distinct feature that will allow them to jump into character.

What advice would you give to an actor who has to speak a created language?
The more languages you study the easier it will be. That’s true of all the actors I’ve seen, whether they have musical ability or not. If it’s your first time saying the sounds, it’s going to be difficult. So if you make that first time come before you have to perform it on screen, you’re going to be a lot better with it. I think it really helps to look at the word-for-word piece of it and to try to fix in your head how it means what it means. I think it helps you remember it because then it’s just like you remember: OK, this word means this and I’m approximately saying this, as opposed to remembering a random string of sounds. Because then it gets very long and taxing, especially the more lines you have.

If someone wants to become a conlanger, what advice would you give them?
There’s no time like the present. You’ve got to start working at it. Language creation is something you get better at by doing. Something you get better at by studying other languages and something that if you study formal linguistics, that can also help. Really the biggest help is creating languages, practicing, getting better, knowing how to do it, improving the speed of your process because deadlines are very strict when it comes to shows and movies, especially shows actually. You just got to start and keep at it. You will improve and there’s also of course plenty of models. Not necessarily famous ones, but on the internet. The best language creators that exist on the planet are those who have been creating them for fun for years, and they’re also the best ones to hire. If you’re among them, you’re in good company, and if there’s ever anybody looking to hire somebody, there are thousands of people who are highly qualified, many of whom are better than me, and they would all relish the opportunity to work on something.