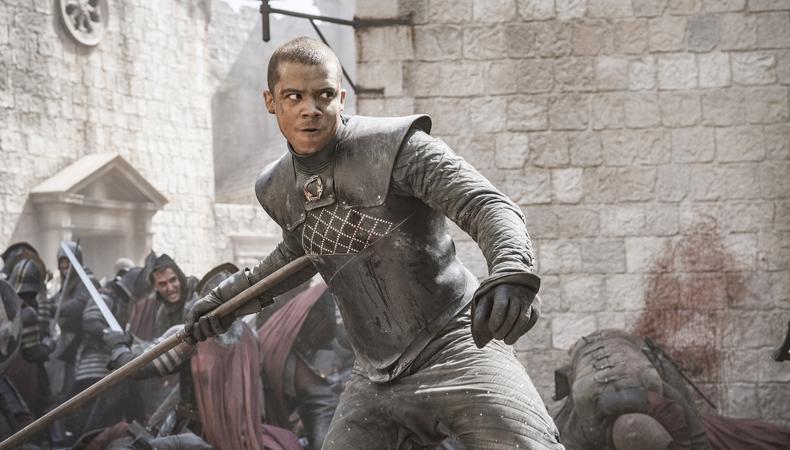 As anyone who’s ever watched “Game of Thrones” (so, everyone) can attest, the moments of hushed intimacy between two characters are frequently as electrifying as those massive battle scenes. That is in part due to the show’s Emmy-winning supervising sound editor, Tim Kimmel.

READ: How to Give an Emotional Performance According to 1 “Game of Thrones” Star

When it is all coming together, do you work closely with the given episode’s director?
I don’t necessarily work closely with the director. On feature films I do, but on the television side, it’s more with the showrunner. I meet with them, we watch an episode, we discuss sound they want to accomplish and dialogue things they want to clear up, then we get to work and do our thing. Once we’re done, they come back in and watch everything and give us notes on what they need changed. It’s all about fine-tuning details.

Since you’ve been at this for two decades, can you speak to how “Thrones” is different from other projects from a sound perspective?
I could give a list of reasons why this show is unique. One is it’s a very detailed show, so we sort of approach it in more of a feature film style. We put a lot more sound detail into it and there’s a lot more room for creativity. They do more visually, which gives us more potential for sound. The producers are expecting it to sound more like a feature film, and they will allot us the time and money to do that. It gives us a lot more creative freedom and they trust us and trust that we know what we’re doing. Though they’ll give us some direction on things, we get to kind of run with it.

From the sound perspective, are there big differences in big battle sequences versus more intimate dialogue scenes?
The massive battle sequences, of course, take a lot of time; there are a lot more details, there’s a lot more action. But as supervising sound editor, I have my hands on every frame of it. I work with the dialogue editor, so if it’s a scene where it’s just two people sitting at a table talking, I’m still having to go through it and make sure the dialogue is in perfect condition or see if there are any lines that need to be re-recorded for clarity or noise or anything like that. So, yes, because there’s so much going on in the battle sequences, there’s a lot more work to be done and you have to spend more time on those. But I do have to go through every little bit to make sure everything is perfect.

As the sound editor, is it fair to say you don’t do much work directly with actors?
We do work with the actors, because we bring them back in to re-record or add lines. Especially in a battle sequence, everything is too noisy on set; there’s a director yelling and fans blowing so it [appears] windy. So, a lot of times, the sound captured on set is almost useless and it’s more of a guide for what they’re saying, and we’ll match it when re-recording.

When you’re capturing ADR, is that in any way directorial on your end?
It can be directorial. I usually will have a producer with me who’s more in charge of performance, and I am there more for technical reasons, to make sure it’s exactly in sync and we like the sound of it and their voice matches right, and the quality of the recording matches. They are judging performance more, but there are times when they’ll ask my opinion: “Does this performance seem to work? Any acting that needs to be done to match other things?” There is some directing involved, but for the most part we’re a little low on the totem pole as far as getting to direct them—because a lot of actors don’t want directing from the sound people too much.

When it comes to actors’ sound performances, what makes your job easier?
Obviously, clarity can be a big issue. The more clearly they can talk helps us, but we would never request that of an actor. They do their performance, and whether the directors and producers like it makes more of a difference than whether, after the fact, there is a line that we don’t have clear enough. Then we’ll bring them back in to try and keep a performance as close as possible, but just get it with a bit more clarity.

Casey Mink
Casey Mink is the senior staff writer at Backstage. When she's not writing about television, film, or theater, she is definitely somewhere watching it.
END_OF_DOCUMENT_TOKEN_TO_BE_REPLACED