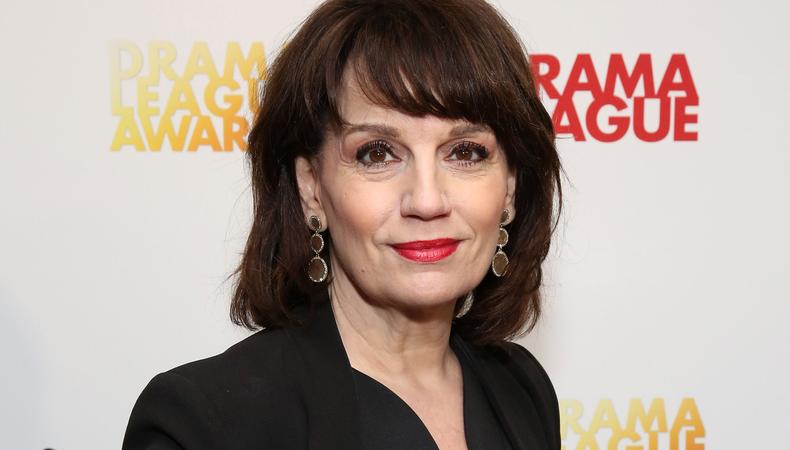 “The Devil Wears Prada”
The Broadway-bound “The Devil Wears Prada” musical adaptation announced its starring cast. Tony winner Beth Leavel (“The Prom”) will star as Miranda Priestly, the Anna Wintour–inspired fashion editor played by Meryl Streep in the 2006 film. (This news comes months after it was announced Streep will play Dee Dee Allen in the Netflix adaptation of “The Prom,” the role originated by Leavel.) Co-starring will be Taylor Iman Jones, who will take on the role of her assistant, Andy Sachs (played by Anne Hathaway in the film). Along with casting, the announcement including the news that the pre-Broadway engagement has been postponed for a year, from a planned July 2020 start to July 2021. The musical will play a limited engagement at the CIBC Theatre in Chicago, followed by a hopeful Broadway run. Elton John is writing the music, Shaina Taub is writing the lyrics, Paul Rudnick is writing the book, and Anna D. Shapira will direct. Additional casting and a creative team will be announced soon. Roundabout Theatre Company’s Stephen Kopel has been on casting duties.

“Generation”
HBO Max has added another big project to its upcoming catalog. The streaming service has greenlit the half-hour dramedy “Generation,” the first pilot to get a full series order. The series, created by Zelda Barnz and her father Daniel Barnz (who will also direct) will be executive produced by Lena Dunham and Ben Barnz. The story follows a group of high schoolers “whose exploration of modern sexuality tests deeply entrenched beliefs about life, love, and the nature of family in their conservative community.” Starring will be Nathanya Alexander, Chloe East, Nava Mau, Lukita Maxwell, Haley Sanchez, Uly Schlesinger, Sam Trammell, Chase Sui Wonders with Justice Smith, and Martha Plimpton. Carmen Cuba is the series casting director.

“Cinderella”
Camila Cabello’s “Cinderella” adaptation has found its price charming. According to Deadline, British actor Nicholas Galitzine will play the role of Prince Robert in the Sony adaption of the classic tale. Galitzine joins Cabello, as well as the previously announced Idina Menzel and Billy Porter in the Kay Cannon–directed and scripted feature. James Corden is producing and has a story-by credit. Production is scheduled to begin in early 2020 for a Feb. 5, 2021, theatrical release date. Telsey + Company is casting.

Los Angeles Lakers HBO Series
It’s nothing but net over at HBO for the 1980s-set Los Angeles Lakers pilot “Showtime,” which has just been given a series order. The one-hour drama, based on the Jeff Pearlman non-fiction book “Showtime: Magic, Kareem, Riley, and the Los Angeles Lakers Dynasty of the 1980s,” stars John C. Reilly, Jason Clarke, Quincy Isaiah, Solomon Hughes, Gaby Hoffmann, Hadley Robinson, and more. Adam McKay directed the pilot and will executive produce for the run, alongside writer Max Borenstein, Jim Hecht, and more. Francine Maisler is the series casting director.

“Reno 911”
The boys are back in town…this time, over at Quibi. The fan favorite Comedy Central series “Reno 911” is reportedly moving to the forthcoming streaming network for a seventh season revival. Originally running from 2003–2009, the series was created by and starred Robert Ben Garant, Thomas Lennon, and Kerri Kenney-Silver, all of whom will return for the revival. Comedy Central Productions, the network’s new studio-production arm, will produce with Artists First, Danny DeVito, Michael Shamberg, and Stacey Sher executive producing. Quibi is set to launch in April 2020, and “Reno 911” will presumably be available at this time or shortly after. Julie Ashton was the series’ casting director throughout its time on Comedy Central.

“Around the World in 80 Days”
David Tennant is heading far and wide for his next big role. The “Doctor Who” and “Jessica Jones” actor is now set to play explorer Phileas Fogg in an adaptation of Jules Verne’s classic “Around the World in 80 Days,” an eight-part drama produced by Slim Film + Television. The series is being adapted by Ashley Pharoah and Caleb Ranson and will air in the U.K., Europe, and Australia. Production is scheduled to begin in February 2020 in South Africa and Romania ahead of its launch at the end of 2020. Leonie Benesch will also star as Abigail Fix. Further casting will be announced soon.