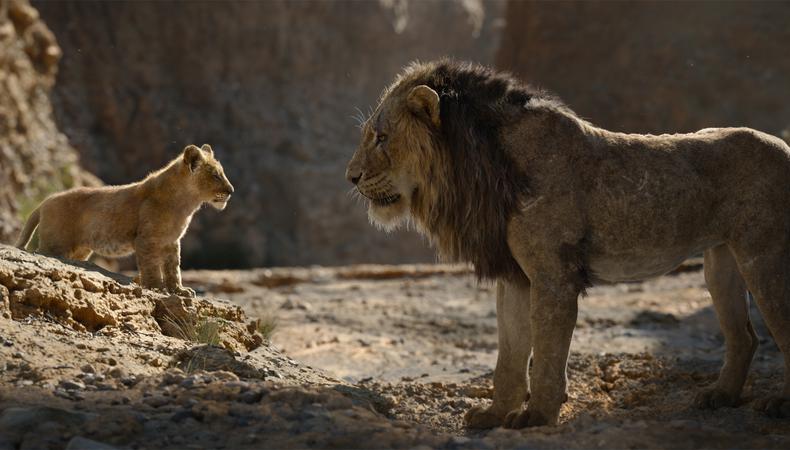 “The Lion King” Prequel
The light is touching the upcoming “Lion King” prequel as the stars for the Disney feature have been revealed. “The Trial of the Chicago 7” star Kelvin Harrison Jr. and “The Underground Railroad” star Aaron Pierre will lead the voice cast, playing Mufasa and Taka (a.k.a. Scar), respectively. Barry Jenkins will direct the anticipated feature, which will “further explore the mythology of the iconic characters, including Mufasa’s origin story.” The untitled prequel will reportedly continue with the photorealistic animation technology that director Jon Favreau used in the blockbuster 2019 update. The original film grossed more than $1.6 billion worldwide during its theatrical run, making it the highest-grossing animated film of all time. Jeff Nathanson, who scripted the last installment, will return. Additionally, Disney revealed that music will be coming from Hans Zimmer, Pharrell, and Nicholas Britell (“Succession”). Sarah Finn was the casting director for the first film.

“Oblivion Song”
Back in living color, Jake Gyllenhaal is set to take on another graphic novel adaptation. The actor will lead “Oblivion Song,” based on Robert Kirkman and Lorenzo De Felici’s graphic novel of the same name. New Republic Pictures has optioned the rights to the story with plans to turn it into a feature with Gyllenhaal’s production company Nine Stories set to produce the film along with Riva Marker and Kirkman via his shingle Skybound Entertainment. Released by Image Comics in 2018, “Oblivion Song” follows Nathan Cole, “a man who makes daily trips to try and rescue those still living in Oblivion, an apocalyptic hellscape in Philadelphia that was lost a decade prior, along with 300,000 of its citizens.” “Oblivion Song” is the first project announced under the first-look deal with New Republic and Nine Stories. No further casting has been announced at this time.

“Wednesday”
The Family is expanding: Netflix has announced 10 new cast additions to the upcoming live-action Addams Family series, “Wednesday,” including Thora Birch, Riki Lindhome, Jamie McShane, Hunter Doohan, Georgie Farmer, Moosa Mostafa, Emma Myers, Naomi J. Ogawa, Joy Sunday, and Percy Hynes White. As we previously reported, Luis Guzmán and Catherine Zeta-Jones will star opposite Jenna Ortega as Gomez, Morticia, and Wednesday Addams, respectively. According to the logline, the series will follow “Wednesday’s attempts to master her emerging psychic ability, thwart a monstrous killing spree that has terrorized the local town, and solve the supernatural mystery that embroiled her parents 25 years ago—all while navigating her new and very tangled relationships at Nevermore.” The series, created, showrun, and executive produced by Al Gough and Miles Millar (“Smallville”), was given an eight-episode order back in February. Tim Burton is on board to direct and executive produce. Sophie Holland and John Papsidera are the series casting directors.

“I.F.”
First reported by Deadline, Tiffany Haddish is ready for her next comedy, the live-action hybrid family film “I.F.” Mike Mitchell (“Shrek Forever After,” “The Lego Movie 2: The Second Part”) is set to direct from a script by Darren Lemke (“Shrek Forever After,” “Goosebumps,” “Shazam!”), and the film will reportedly blend animation and live-action to tell the story of an imaginary friend. Haddish is producing through her She Ready banner with Safehouse Pictures partners Tory Tunnell and Joby Harold. No further casting has been announced at this time.

“The Changeling”
While tearing it up on the film side of the industry, LaKeith Stanfield will head back to TV for his newest role. Apple TV+ has confirmed a series order for “The Changeling,” a drama based on Victor LaValle’s best-selling book of the same name, with Stanfield set to star. The series follows Apollo (Stanfield), Emma, and their newborn baby, Brian, in what is described as “a horror story, a parenthood fable, and a perilous odyssey through a New York City you didn’t know existed.” Kelly Marcel (“Cruella,” “Venom”) wrote the adaptation will serve as showrunner with Melina Matsoukas (“Queen & Slim,” “Insecure”) directing.

“The Girl From Plainville”
Continuing the casting news of last week for Hulu’s upcoming crime drama series “The Girl From Plainville,” Tony winner Norbert Leo Butz, Cara Buono (“Stranger Things”), and Kai Lennox (“Green Room”) have joined the supporting cast. As we previously reported, Chloë Sevigny will also star opposite Elle Fanning and Colton Ryan in the series that will follow the true story of a texting suicide case made famous by an Esquire article of the same name and explore the relationship of Michelle Carter (Fanning) with Conrad “Coco” Roy III (Ryan) and the events that led to his death and, later, her controversial conviction of involuntary manslaughter. Liz Hannah and Patrick Macmanus will co-write the series and serve as executive producers and co-showrunners, and Lisa Cholodenko (“Unbelievable”) is set to direct and executive produce three episodes.