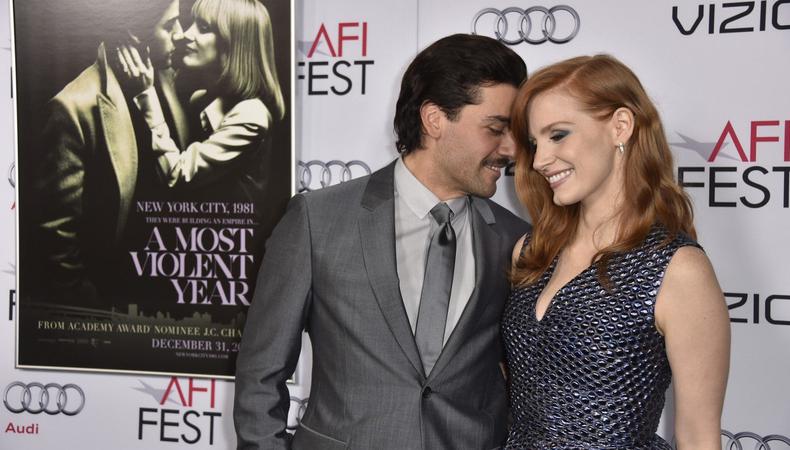 “Scenes From a Marriage”
Estranged no longer: former “A Most Violent Year” co-stars Jessica Chastain and Oscar Isaac will reunite for HBO’s “Scenes From a Marriage” miniseries. Chastain replaces Michelle Williams, who had to exit the production over scheduling issues. “Our Boys” and “The Affair” co-creator Hagai Levi will write and directe the adaptation of Ingmar Bergman’s 1973 feature about a marriage falling apart. Douglas Aibel is casting the miniseries, which will begin shooting in November.

“The Woman in the House”
Following her four-year starring run on “The Good Place,” Kristen Bell has landed her next lead role in the Netflix limited drama series “The Woman in the House.” The eight-episode series stars Bell as the heartbroken protagonist Anna who begins to see a light at the end of the tunnel after a handsome neighbor moves in across the street until she witnesses a gruesome murder… or did she? Rachel Ramras, Hugh Davidson, and Larry Dorf created the series and will serve as executive producers and co-showrunners. The trio previously co-created and starred in the TV Land series “Nobodies,” on which Bell guest-starred, and also worked together on the Adult Swim series “Mike Tyson Mysteries.” Additionally, Will Ferrell, Jessica Elbaum, and Brittney Segal, the producing team behind the streamer’s “Dead to Me” will executive produce the series for Gloria Sanchez Productions. No casting team has been announced, but potential options may be “Dead to Me” team Bialy/Thomas & Associates or “Nobodies” CD Felicia Fasano.

“You”
Also at Netflix, a new cast member has been added to the hit thriller series “You.” Scott Speedman (“Animal Kingdom”) has been tapped for a major recurring role on the upcoming third season of the series. Speedman will play Matthew, a successful CEO, husband, and uncommunicative father. He becomes the latest actor to join the cast opposite Penn Badgley and Victoria Pedretti, in addition to new series regulars Travis Van Winkle and Shalita Grant. Season 3 of “You” is scheduled to begin filming this fall. Lyndsey Baldasare and David Rapaport are the casting directors.

“The Son”
Jake Gyllenhaal is making a home at HBO with his second announced project on the premium cabler. The actor will star in a limited series adaptation of the Jo Nesbø novel “The Son,” according to Variety. Described as “a tale of vengeance set amid Oslo’s brutal hierarchy of corruption,” “The Son” will be written, executive produced, and run by Lenore Zion alongside “Westworld” creators Jonathan Nolan and Lisa Joy. Gyllenhaal will executive produce under his Nine Stories Productions banner along with Riva Marker, and “Dune” director Denis Villeneuve is attached to direct and executive produce. This is the second HBO project Gyllenhaal has attached himself to recently, the first being “Lake Success,” which is still in development. Though no casting team has been announced, a safe guess could be “Westworld” casting director John Papsidera—find out what he needs to see in the audition room here at Backstage!

“Willow”
“Willow” will soon be making magic at Disney+. The streamer has officially confirmed a sequel series based on the original George Lucas and Ron Howard film. The series will take place years after the events of the 1988 film with original star Warwick Davis returning as the titular hero Willow Ufgood. Jonathan Kasdan (“Solo”) and Wendy Mericle (“Arrow”) will serve as showrunners, and “Crazy Rich Asians” and “In the Heights” director Jon M. Chu will helm the pilot and executive produce. The “Willow” series is set to head into production next year.

Richard Pryor Biopic
Announced early Monday afternoon, “Black-ish” creator Kenya Barris will direct a feature biopic about famed comedian Richard Pryor. The announcement comes after MGM won the worldwide rights to the movie in a highly competitive sale. Barris will write, produce, and direct the upcoming project, which will center on the life and career of the influential comedian. The yet-to-be-titled film marks Barris’ feature film directorial debut. On “Black-ish” and “#BlackAF,” he works with casting team Koczara/Shevchenko.