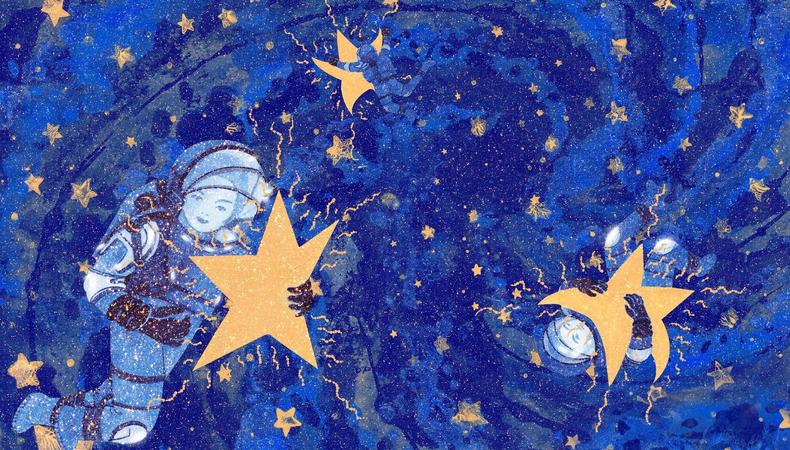 As a casting director, John Papsidera has left his mark on films big and small and TV projects of all varieties. Papsidera brought Batman to life through his long-running collaboration with Christopher Nolan, and he worked with the director’s brother, Jonathan Nolan, to cast the hosts of “Westworld,” too. His latest project, Netflix’s breakout reboot “Lost in Space,” had him scouring Hollywood for the Robinson family and reimagining iconic roles, like the gender-flipped Dr. Smith (played by Parker Posey). Papsidera spoke with us about “recasting” iconic roles and creating all-new ones for the screen.

How did the original “Lost in Space” influence your casting decisions?
It was more of a marker of what we didn’t want to do in the sense of the tone. [We wanted it] darker, less silly and “wink, wink” to ground it more, make it more relatable and based on emotions rather than just the situation. The family dynamic they put into the script really helped. The kids all had different relationships with each of their parents. All of those complexities helped actors find a path. Television is very different than what it was then. It wasn’t just copying what was done, but creating something new.

After the Season 2 pickup, without a blank slate, what changes about your process?
They don’t shoot here [in Los Angeles] so I am typically relegated to big arcs and guest stars. For the rest of the parts, I work with Canadian casting. In the first season, we worked closely together to figure out where those characters came from. I think it will evolve in Season 2. Michelle Allen is the CD in Canada, who does a great job. It’s more about where we divide those roles and who we think can come from where, as well as what they’ve budgeted. It’s a puzzle. What we’re actually looking for will come from the writers—how many big roles there will be and what we can add beyond the regulars.

What is most exciting to you about casting “Lost in Space”?
Filling the world. In “Westworld,” part of the challenge is imagining the future and freeing your mind from what today is and what we know about it. I think that presented itself to some degree on “Lost in Space,” although they were coming from Earth. It was based in today and in reality. But I think the uniqueness of it is also getting the family unit right. I look at Mina [Sundwall] in some shots, and I think she could be Molly [Parker]’s daughter. I really care about that kind of detail, so we focus a lot on that. That was the fun of it: How do you put this core group of actors together that you can travel into the future, into these adventures, and still care about that journey through them?

What advice do you have for actors?
It comes down to confidence for me. If I could give anything to every actor that walked in a room, it would be confidence. It’s something that stands out and is unique and attractive to other people. Yes, you have to have so many pieces: luck, timing, talent, a certain energy. But confidence is a common denominator among people who succeed in the business. At times, I think if actors read more about psychology, it might be better than just technique or audition classes. Knowing oneself is really what cameras pick up on. Directors also want to trust that this person can do what they need them to do, and that comes back to confidence.

What was the casting process like for “Lost in Space”?
Easier than one would expect. In my initial meeting, we had talked about the kind of actor we’d want to get for the parents. So for the adults, I had a better idea of what they were seeing. We were aggressive in thinking about Toby [Stephens] and Molly and took our shots and we were thrilled. They did not read. We made offers to them, talked with them about it, and ultimately they got cast. The kids were more of a process. It was looking all over the place. Mina came out of Canada; Taylor [Russell] I had known because she had read on other projects of mine, and I thought she was great. They all came about in different ways. We put out a big search and read a lot of kids for these roles. They were very anxious about who would be Will Robinson and about getting the age right. We wanted to hit the sweet spot where he could grow into this role and also be old enough that not only he could do it technically as an actor but also have the wherewithal to connect with the robot and have his own relationship there that was believable. It was such an iconic piece of casting in the original series—all these roles were. I think that’s the daunting thing about taking on remakes.

READ: A New Plan for Netflix

What’s something an actor can do for a more successful audition?
I’m not one for a lot of rules. I’m not a big “don’t” guy. It’s more about being present, making smart choices, being prepared. Those are things that impress me and that make a difference and separate actors from one another. If an actor makes a smart choice or an unpredictable choice in some way, the person who really thinks about the material and tries to come at it creatively rather than just saying lines is nine times out of 10 the person that you’re going to think made a great choice. It’s going to stick out from the rest of the crowd. It seems simplistic and rudimentary, but it would shock you how many people don’t think it through. It doesn’t mean a random choice, and it doesn’t mean being outrageous. It’s about smart choices. It’s about interpreting the material and character in a certain way that nobody else thought of. Fear gets in the way of making smart choices, being present, and allowing the camera and the process to happen. It’s less about doing sometimes and more about being.

How has the industry changed over the course of your career?
Email. The computerization and digitization of the world really has changed, not only video and the use of that for actors. On “The Dark Knight,” I think we shot on three continents in seven different countries, and I never left my desk. That just never used to happen or was possible. So, through that electronic wonderment, it has changed and not only made the casting world much more global but changed the process for good and for bad. The convenience of putting people on tape, sending it, and discovering actors from all over the world is an amazing thing. I also think that it’s a detriment to actors in the sense that more and more, as time goes on, producers, directors, and studios look at audition tapes as performances. To me they are not. It should be reference material only of what somebody is capable of doing or might possibly do, but it’s not a final performance. That’s a disservice to a lot of actors, yet it’s a necessary evil. People look at it and go, “Oh, yeah, they didn’t get this moment,” and they can just dismiss it very quickly. It’s tough to be a casting director who cares about actors and fights for actors to see people dismissed that way, yet it’s a natural byproduct of media and how we deal with it. It’s easy to swipe right or swipe left, so to speak. It’s part of my job to fight for actors and help people when they’re missing out or not getting a fair shake. I consider people and look deeper than just 20 seconds on a videotape someone made halfway around the world.

How does casting for different platforms affect your process?
It’s a big difference. Not to compare everything to the Nolan world, but when we’re making decisions on “Interstellar” or “Dunkirk,” it’s basically Chris and myself and Emma Thomas, his producing partner and wife. We’ll make decisions on who we want and that’s that. Nine writer-producers on a TV show and a studio is just a very different process. It’s a different tool and process that you have to use. On independent films, CDs play such a huge part that I don’t think is recognized enough. You’re on the frontlines trying to convince agents and managers why their clients should be in a project that really could be a crapshoot, or why it’s important for the film to be made. We usually do more work than most producers as far as gaining talent and getting talent attached and getting meaningful people in smaller films so they can get financed. It’s a herculean effort most of the time. That comes down to money. Agencies and representatives follow the money, so it’s a much different thing casting commercial projects than casting artistic ones.

And that goes back to how you’re approaching the process?
It’s so subjective how I go about doing each one of those projects. It’s so specific to each project you do, whether you’re trying to sell the director or the writer and get talent interested in them or whether you have a well-known writer or director and then you’re trying to sell the roles and how they play a part in it. On a television show, you’re asking people to sign on for seven years of their life sometimes. Those are all different skills you have to perfect to try and then get people into your project. It takes all different kinds of convincing and campaigning and passion and fight to make that happen. Yes, casting is casting and actors I like today are actors I will respect and like 10 years from now, but how I apply that to each project is very different in how I do it. Different jobs require different tools. It’s no different than a lot of professions.

Want to act on the small or streaming screen? Check out Backstage’s TV audition listings!

Elyse Roth
Elyse is a senior editor at Backstage, where she oversees all casting news and features content, including her weekly casting director Q&A series, In the Room. She came to New York from Ohio by way of Northwestern University, where she studied journalism, and now lives in Brooklyn. She might see and write about awards-worthy films, but Elyse still thinks “Legally Blonde” is a perfect movie and on any given night is probably taking in some kind of entertainment, whether it’s comedy, theater, ballet, or figuring out what show to binge next.
END_OF_DOCUMENT_TOKEN_TO_BE_REPLACED