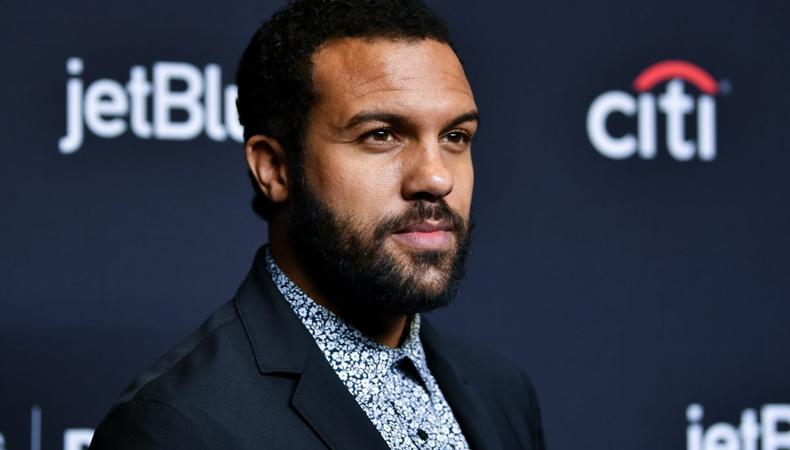 “The First Lady”
“The First Lady” has found its final First Lady of Season 1. Gillian Anderson has joined the cast of the upcoming Showtime anthology series in the role of Eleanor Roosevelt. Additionally, O-T Fagbenle (“The Handmaid’s Tale,” Marvel’s “Black Widow”) has been cast in the recurring role of President Barack Obama in the series. Fagbenle will star opposite Viola Davis as Michelle Obama. In addition to Davis, Anderson and Fagbenle join the cast that includes Michelle Pfeiffer (Betty Ford) and, as we reported last week, Judy Greer (Nancy Howe) and Aaron Eckhart (Gerald Ford). Sarah Finn, Jina Jay, and Krista Husar are the series’ casting team.

“White Bird: A Wonder Story”
In other Gillian Anderson news, Helen Mirren has signed on as co-star in the upcoming Anderson-starring “White Bird: A Wonder Story,” Liongate’s companion film to 2017’s “Wonder.” In addition to Mirren, Ariella Glaser and Orlando Schwerdt have also been cast in lead roles. Bryce Gheisar is set to reprise his role as Julian from “Wonder.” Written by Mark Bomback, the film will follow Julian Albans (Gheisar), who is visited by his Grandmère (Mirren) from Paris and is transformed by her remarkable story of compassion and courage. Production has begun on “White Bird” in Eastern Europe. Marc Forster (“Finding Neverland,” “Christopher Robin”) is directing the film adaptation, and Kate Dowd is the casting director.

“Frasier”
Baby, we hear the blues a-callin’: a revival of the hit long-running comedy “Frasier” has been ordered at Paramount Plus, the newest streaming platform. Original series star Kelsey Grammer will return in the title role in addition to executive producing with Chris Harris and Joe Cristalli on board as writer-executive producers. The series revival has been a long time coming: Grammer has been trying to get the revived show off the ground for some time, with us reporting on a potential revival back in 2018. The original sitcom ran for 11 seasons on NBC and starred David Hyde Pierce, Jane Leeves, and Peri Gilpin, none of whom are currently attached to the revival, as well as the late John Mahoney. Jeff Greenberg was the casting director for the original series.

“I Am Not Your Perfect Mexican Daughter”
America Ferrera is heading back behind the camera as the actor will make her feature film directorial debut with “I Am Not Your Perfect Mexican Daughter,” adapted from Erika L. Sánchez’s novel for Netflix. The YA story follows Julia Reyes, a strong-willed teenager to first-generation Mexican immigrants, who wish she was more like her sister, Olga. However, when Olga unexpectedly dies in an accident, Julia tries to hold her family together. Ferrera has previously directed episodes of the hit NBC workplace comedy “Superstore” that she produced and starred in. Says Ferrera, “I am truly honored and humbled to direct Linda Yvette Chávez’s beautifully adapted screenplay. The opportunity to direct the work of these two incredibly talented Latina writers is a dream come true. I can’t wait to share this film with the many fans of the novel, and to introduce this funny, profound, and resonant story to the world.”

“Maggie Moore(s)”
First reported by Deadline, former “30 Rock” and “Unbreakable Kimmy Schmidt” collaborators Jon Hamm and Tina Fey are teaming back up for “Maggie Moore(s),” a black comedy. The film will be directed by Hamm’s former “Mad Men” star John Slattery. The film will reportedly take place “in a dusty desert town where nothing ever happens, as a police chief is suddenly faced with the back-to-back murders of two women with the same name.” This will be Slattery’s second film after 2014’s “God’s Pocket,” which starred John Turturro, the late Philip Seymour Hoffman, Christina Hendricks, and Richard Jenkins. Susan Shopmaker was the casting director on that film; a casting director for “Maggie Moore(s)” has yet to be named.