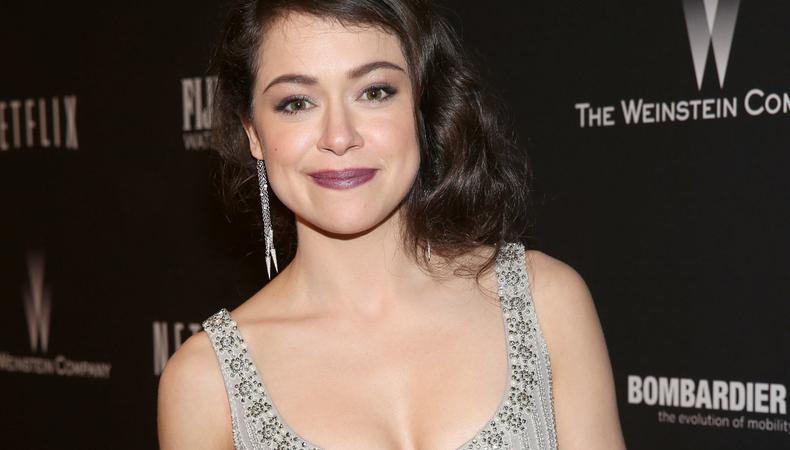 “She-Hulk”
Justice has been served: “Orphan Black” star Tatiana Maslany will star as the title character in Marvel’s “She-Hulk” series for Disney+. Maslany’s announcement was also made days after the studio tapped Kat Coiro to direct the pilot and several other episodes in the series. Created by Stan Lee, the character Jennifer Walters is a lawyer who, after an injury, received an emergency blood transfusion from her cousin, Bruce Banner, and acquired a milder version of his Hulk condition. The series joins one of many anticipated series Marvel Studios is working on for the streamer, including “The Falcon and Winter Soldier,” “WandaVision,” and “Loki.” “Rick and Morty” writer Jessica Gao will also lead the writers’ room. As usual for Marvel projects, Sarah Finn will be the casting director. While you wait for the series to make it to air, be sure to check out Maslany’s audition advice here at Backstage!

Madonna Biopic
Apparently, Universal Pictures feels like home for Madonna—the studio has officially signed on to a biopic about the international icon, who will direct her own story from a script she is writing with Diablo Cody. Madonna will reportedly not act in the film, but she will lead the search for the actor who will play her. (Many have already put in their recommendation for “Ozark” star and recent Emmy winner Julia Garner, who Madonna is rumored to be eyeing.) Amy Pascal of Pascal Pictures will produce alongside the singer.

“Your Name”
Paramount has named its director for “Your Name.” Lee Isaac Chung will helm the live-action adaptation of the 2016 animated romantic fantasy drama film, which will also be produced by Bad Robot and Toho. Chung will work off the draft by Emily V. Gordon following a script originally written by “Arrival” screenwriter Eric Heisserer. According to Deadline, this reimagined version will follow two teenagers who discover they are magically and intermittently swapping bodies, and when a disaster threatens to upend their lives, they must journey to meet and save their worlds. No casting has been announced.

“Elvis”
After production was put on hold due to the coronavirus shutdown, Baz Luhrmann’s upcoming Elvis Presley biopic has made some casting changes and additions. Richard Roxburgh, Helen Thomson, David Wenham, and Dacre Montgomery have joined an ensemble that includes the previously announced cast members Tom Hanks, Austin Butler, and Olivia DeJonge. Roxburgh takes over for Rufus Sewell in the role of Elvis’ father, Vernon, and Thomson takes over for Maggie Gyllenhaal in the role of his mother, Gladys. Luhrmann is directing from a screenplay co-written by Craig Pearce, and principal photography has started back up in Queensland, Australia. Nikki Barrett is the film’s casting director.

“The Guilty”
Jake Gyllenhaal and Anthoine Fuqua will reteam for a new project, hoping to recreate some of that “Southpaw” magic. Gyllenhaal will star in Fuqua’s upcoming thriller “The Guilty,” based on the Gustav Moller-directed Danish drama “Den Skyldige.” Taking place on a morning in a 911 dispatch call center, the film follows call operator Joe Bayler (Gyllenhaal) who tries to save a caller in grave danger but soon discovers that nothing is as it seems. “True Detective” creator Nic Pizzolatto will script the adaptation, and production is scheduled to begin in November in Los Angeles. Betty Mae, Inc. casting directors Lindsay Graham and Mary Vernieu are Fuqua’s usual casting team, including on “Southpaw.”

“Our Flag Means Death”
Finally, HBO Max will head to sea with its next series. The streamer has given a series order to the period pirate comedy “Our Flag Means Death” from Taika Waititi, David Jenkins, and Garrett Basch. Created by Jenkins (“People of Earth”), who will serve as showrunner, the series is reportedly based loosely on the true adventures of Stede Bonnet, a pampered aristocrat who abandoned his life of privilege to become a pirate in the early 18th century. Production is scheduled to begin after Waititi, who will executive produce and direct the pilot, finishes production on “Thor: Love and Thunder.” Both Waititi and Basch work on the hit series “What We Do In The Shadows,” so it’s possible we could see series casting director Gayle Keller come in to collaborate.