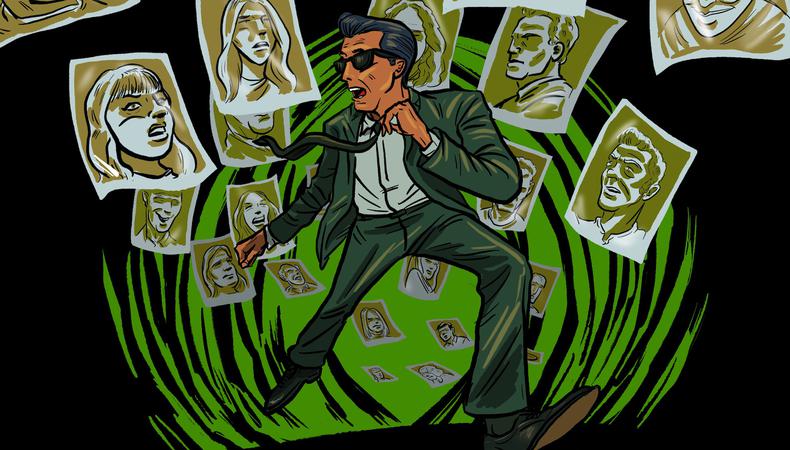 I realize how that makes me sound, but I’m convinced an unseen force has been spying on me for the last few days. I told my therapist about this feeling, and he said it’s all in my imagination. I said that I needed a new therapist.

So, who’s watching me? It could be a former client. Last week, we had a drop meeting. Agents do this twice a year, and the clients who get dropped never take it well. I wonder if one of those poor unrepresented souls has been following me around, hiding in the shadows, waiting for a chance at vengeance.

Last night, I finally came face-to-face with the truth.

As I was upstairs getting ready for bed, that feeling of being watched came over me, and when I turned around, there was a face right outside my window. It took me a moment to realize there couldn’t possibly be anyone out there. I live in a two-story townhouse, and there’s no balcony or ledge outside that window. Had someone climbed up on a ladder? Would an angry actor go that far?

As I moved closer, the face didn’t move. The eyes didn’t blink. My tormentor was dead still. Then I realized it wasn’t a human being. It was a headshot! 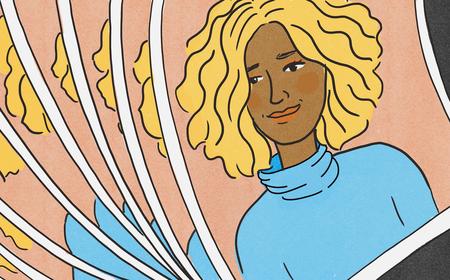 Actor Headshots: Everything You Need to Know

The actor in the picture was a handsome white guy with an edge who played mid- to late 20s. Just another generic face. I guess we might’ve crossed paths at some point, but who knows? I meet hundreds of actors every year!

Suddenly, the room grew darker. Why? The answer made my armpits damp. Every single window was covered with more headshots—different faces, all staring at me. Some of the pictures projected real energy, and others were lifeless. That’s actually a common problem with headshots, but I digress.

I raced downstairs and found that the windows there were also covered. Had someone papered my entire home with old pictures? Or was the answer more supernatural?

Not sure what to do, I bolted outside and dove into my car. The windshield was clear. But then I glanced down for a moment, and when I looked back up, there was another sea of faces staring in at me. How did this happen so quickly? The truth was obvious: These headshots were alive!

I was trapped. There was no way out. But then I realized that hard copy headshots aren’t a thing anymore. Pictures are all digital now. I can’t even remember the last time I held an actual headshot in my hands. That meant these faded images were upset. They had stored up all that angry energy from being discarded, and now they wanted me to pay for their obsolescence.

Knowing exactly what to do, I rolled out of the car, opened the photo app on my phone, and started flashing through all the client shots I had stored in there. Faced with the truth of change, the possessed headshots shuddered and dropped to the ground. The nightmare was over.

Or was it? I glanced back at my house and tried to process what I was seeing. There were thousands of VHS cassettes and DVD cases everywhere. The demonic headshots had been replaced by possessed demo reels!

So I prepared for battle. Happy Halloween!