How ‘Get Out’ + ‘Counterpart’ Breakout Betty Gabriel Channels Her Inner Beyoncé 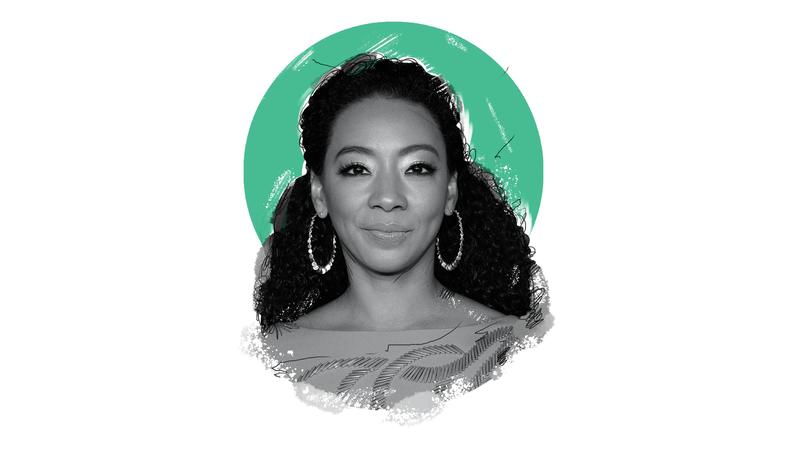 Betty Gabriel ran away with the Oscar-winning “Get Out” just by uttering the word “no.” As housekeeper Georgina, she manifested an imprisoned woman in ways both nuanced and terrifying. And the Juilliard-trained actor isn’t done with the genre yet. Between her recent “Westworld” gig and a new series regular role on Starz’s twisty “Counterpart,” Gabriel discusses what these characters have brought to her craft and career.

Between “Get Out,” “Westworld,” “Upgrade,” “The Purge: Election Year,” and “Counterpart,” you’ve worked on a lot of thrillers and sci-fi. What is it about these roles that stands out to you as an actor?
I find the horror genre quite challenging. That’s not to say everything I’ve done has been straight horror—a lot of them have been more on the thriller side. But regardless, I find it the most challenging as an actor to create sheer anxiety and terror out of nowhere because there’s nothing scary going on and you have to act like it is.

How do you develop characters within stretched versions of reality?
It can be really mechanical at times. Breathing really fast and maybe running around and doing some jumping jacks. Usually I find the people that I’m working with, I feed off of them and we get each other going. I see where they’re at and I’m like, OK, I’ve got to get there. We help each other create that out of thin air. Lots of coffee, too.

READ: Betty Gabriel on Stealing the Show in ‘Get Out’

How much does research play into bringing these characters to life?
I do a lot of reading of actual real-world situations and, depending on who I’m playing, I’ll watch documentaries about real life, former gang members or ex-military people. I’ll actually draw from real life and infuse it with other movies that have done it well and other stories that have been told that have really captured that world, whatever world it is. I like to draw from fiction, nonfiction, documentary, podcasts, my next-door neighbor’s weekend excursion—whatever I can get and be inspired by.

How do you typically prepare for an audition?
I just sit still and keep my focus on the situation. I really practice stillness and breathing. Sometimes, if I’m waiting too long, I’ll have to move and stretch a little. Anything to really keep the nerves at bay.

Are nerves something you’ve grown out of?
No! I had an audition about a week ago and I was incredibly nervous. But it’s good—you can use that energy in a productive way. It can help you get really hyper-focused.

What is your worst audition story?
Nothing super nightmarish, but I met a casting director and she wanted to have a talk and I felt like she was mentally destroying me and my self-esteem just by looking at me. So I kept on rambling, because that’s what I do to make the situation actually worse, but my intention is to make it better. She ripped into me a little; she was saying it in an effort to help me grow, but it really cut deep. I definitely don’t feel like I have the thickest skin, but I have accepted that these things happen and they can hurt—but somewhere, somehow, that actually helps.

What has your latest role on “Counterpart,” Naya Temple, added to your acting skills?
It’s the most dialogue I’ve ever had to be responsible for. I had to learn Arabic. The situation is intense. What you have to do for horror as far as creating fear and anxiety and heavy breathing…you have to create the intensity of the situation. On the surface—at least in my [character’s] world, I work in the office a lot—it’s quite professional and not at all running for the hills and acting scared. You have to cover that up so much and be keeping your cards close. It’s a spy world, and you can’t give too much away. I had to really dig deep and find my inner Beyoncé and walk around like I knew what I was doing. [Laughs]

Do you think it’s rare today for an actor to do multiple films with one production company?
I just had this conversation. I was at Jason Blum’s house, and he always likes to say, “Betty’s got six movies with us!” And we were talking to David [Greenbaum], the head of Fox Searchlight, and he’s like, “Sam Rockwell is that to us, he’s done several movies.” I feel somewhat in his company, but not really. I think it’s kind of rare, but I don’t know how it happened. Terri Taylor, obviously, but I’m very fortunate that’s the situation, too.

I can imagine going from role to role, set to set, it must feel nice to see familiar faces.
Familiar faces that are also extremely friendly. I have not met one douchebag at Blumhouse. That has been so refreshing and such a gift, because I’m personally terrified of producers. And just as a new-ish actor—my experience so far has been very sparse—what can be very scary for a newbie has been made so much less scary because of the people I interact with.

How do you keep yourself from burning out?
I definitely get my sleep. A lot of being still. Exercise. There’s really no magic trick to it; it’s about taking care of yourself and conserving your energy…. I did decorate the apartment while I was working, but it was a good way of decompressing. Your home is your sanctuary. You need to make it a place you love to be in.

Do you often channel your inner Beyoncé?
Absolutely. Before every red carpet, before every audition. Maybe not every audition because sometimes Beyoncé is not the right energy for the character’s situation, but most of the time, yeah. I say her, but there’s really a plethora of examples that really pertain to tapping into that core of confidence and ownership of what I’m doing and what I get to do.