How Kyle MacLachlan Builds a Character

“Give them something interesting to look at.” 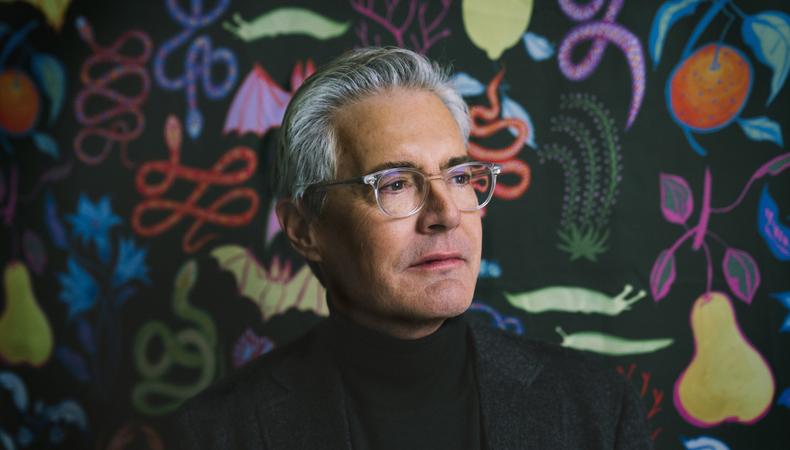 Kyle MacLachlan’s expansive screen acting career is a testament to being ready when opportunity comes knocking. Sitting with Backstage while promoting his latest feature, “Giant Little Ones” (in which he plays a father to a high school teen exploring his sexual identity), the “Twin Peaks” actor recalled his training in the theater while at the University of Washington before landing his first—and breakout—on-camera role after an unsuspecting taped audition for David Lynch’s “Dune.” “David saw it, and that moved me in a completely different direction,” he said. “That was, without question, a turning point.” MacLachlan went on to walk down memory lane while offering his best advice to aspiring actors.

On the “Giant Little Ones” father-son relationship.
“I liked how our director-writer Keith Behrman presented the father, who has other situations in his life that are revealed. I thought it was very true, very real, and it was the kind of parenting that I believe in, which is absolute support of your children and letting them kind of come to you with questions and needs. It was the same kind of example that I had from my father, which I’m trying to use with my son.”

His onscreen son, Josh Wiggins, was one of many great scene partners.
“I’ve had some really interesting experiences with different people. If you have a good scene partner, it’s more reacting to things. I’m thinking, specifically, of not only working with Josh Wiggins, but of working with Dennis Hopper in ‘Blue Velvet.’ I didn’t have to do a whole lot; he was a pretty scary guy. You really rely very heavily on what your scene partner is giving you.”

READ: Kyle MacLachlan on Never Looking Forward + How It Got Him Here

Remember: The audition begins when you walk in the room.
“They’ll remember you for simple things like being on time and having everything in your brain and being flexible and open in the audition process. But also just be pleasant when you come in, and realize that when you do the audition, from the moment that you walk through the door and they see you, you’re auditioning. You have to carry that ‘character’ with you—at least a little part of it. Just give them something interesting to look at.”

But even MacLachlan bombs sometimes.
“It’s a very nerve-racking place to be. The other thing to remember is that [the casting directors] want you to be the character. Being on the other side of it, you’re hoping against hope that every person that comes through the door is going to fill the role and going to be the person you want. There’s a good, positive vibe there that you should pick up on—but it’s incredibly nerve-racking. I had many awful auditions.”

Tom Hanks taught MacLachlan how to audition.
“I approach [auditions] the way Tom Hanks spoke about it: I remember listening to him and saying, ‘That’s a really great approach,’ which is consider that that’s your performance. That’s your chance. It’s a one-night show, and you’re doing one scene, and you have to prepare for it, and memorize it, and work on it, and then present it. And then, when you finish, go, ‘That was a great performance, I’m done with that, and I’m gonna be ready for the next thing.’ It puts you into a different state of mind, I think. You have a little more control. Not like, ‘I need it, want me, want me, want me!’ It’s like, ‘I’m gonna show something to you and I’m gonna do this performance as I envision it.’ And then if they want you to adjust, you adjust a little bit. Or you’re like, ‘Thank you!’ And [you think], That feels great, I did a great show. Go get yourself a cup of coffee and say, ‘OK, what’s next?’ ”

When preparing for a role, two brains are better than one.
“You go to the source first, you go to the script, and you just really read through it, you think about it, you ask questions, you try to just [figure out] what are the similarities in experience, and try to feel your way through. And then I also work with a coach, as well, to help me with that, because I think two brains are better than one; she has a certain point of view and ideas and things that I like or that I don’t like, depending on how they’re presented. But it’s really helpful to either work with a partner or someone in that capacity. Going to classes is something I do—I never really liked that, the ‘performance in front of your peers’ type thing; I was never very good at that. But I do like working one-on-one with somebody, particularly on the script, ’cause that’s your everything. That’s the rock. Everything comes off of that.”

There are acting opportunities everywhere.
“Get work where you get it. I’m a big believer in that. I always tell young actors, ‘Work as much as you can.’ Try not to be too selective, just go do stuff, and more often than not, the people you’re going to be doing stuff with, you’re going to see again. So keep those relationships, because you never really know where they will lead.... There are opportunities all around that you have to take advantage of. I would say just work as much as you can and be more available and involved in that community of actors. You see the same people again and again, probably—get involved in that because you’ll find opportunities will come from those relationships. That’s certainly been the case for me where one thing sort of led to another. You’ve gotta be out in it trying to get work or auditioning or going to see things. If something really moves you, saying, ‘Thank you so much for that performance,’ or maybe writing a note to the director—just anything to stay in the community.”

Want to get cast in a feature film? Check out Backstage’s film audition listings!

Benjamin Lindsay
Benjamin Lindsay is managing editor at Backstage, where if you’re reading it in our magazine, he’s written or edited it first. He’s also producer and host of a number of our digital interview series, including our inaugural on-camera segment, Backstage Live.
END_OF_DOCUMENT_TOKEN_TO_BE_REPLACED