How Production Designers Can Tell if You’re a ‘Great’ Actor 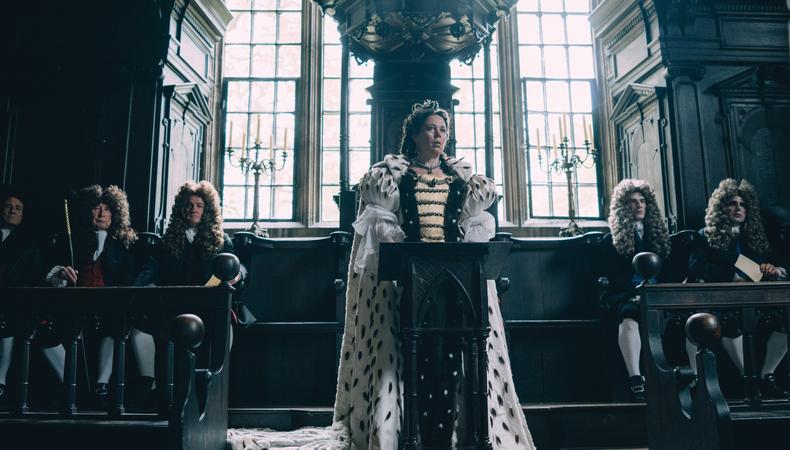 From a visual standpoint, Yorgos Lanthimos’ “The Favourite” is unlike any cinematic feat before it—at once grotesque and an optical delicacy. That’s because Fiona Crombie, its production designer, knew exactly what she was doing. Crombie spoke with Backstage about creating the film’s utterly singular aesthetic language and the way she can spot the good actors from the great ones.

In your words, what does a film production designer do?
My responsibility is to take care of the look of the film. That is everything within the frame, everything we’re looking at except for costume. It is as big as choosing the location down to as small as the teacup or spoon someone’s holding. I am across the entire look, whether it’s choosing a horse or picking out what’s hanging in a cupboard. You delegate and you have all the right people to work with you. I am also a facilitator; I’m translating the vision of the director and communicating that to the team of people who work with us to bring it to life.

How do you relay that imagery to the team?
I am very clear with what I’m looking for. I reference very heavily. I work with a colleague whose whole job is to work with me to find imagery that really spells out the look that we’re going for and that works as a visual bible of the film. We plaster it across walls so that everybody who walks into the office can see very clearly what we’re going for. That includes the location manager, the prop-makers; everybody understands what we’re going for because I always start a project with a big reference library. We put it all together and it starts to make a language.

READ: Actors Should Engage With Production Design + 1 Way to Do It

What was unique about ‘The Favourite’ production design?
What made it unique was the tone of the script and the fact that it’s fresh and playful and it immediately asked for an irreverence. We’re telling a story, and there are lots of things in the script that are completely incorrect for the period [the early 1700s] but are absolutely right for the story. I had a freedom, and I was called upon to play and invent. We had to create a universe that feels consistent. Having now done contemporary and period, this sits in a different zone, because a lot of it is invention. A big part of my job is detail and thought, like, “OK, crutches didn’t exist, so what is a believable version of crutches that a queen would use?” All of those things did not exist in 1705, so we were creating a believable language.

Do you work at all with the actors in film?
I come from theater, [where] on the very first day of a production you stand up and present your sets and actors ask you questions. I would have a lot of dialogue with actors, and I find that in film, I have a lot less than I would like, quite honestly. But the thing that I am always in absolute awe of with actors [is] they just walk into a room—and I have seen it with really great actors—they walk into a room they’ve never seen before, and suddenly they own it with the way they lean against something or just pick up a pen. You think, Oh, my God, I just made a home for you and you’d never even stepped foot on it. The really good actors, they look at the detail in their performances and the ways they can inhabit spaces. It’s really amazing.

Do you appreciate when actors want to give their input, or does it hinder your process?
I always have the offer out [for collaboration] and they either take it or they don’t. Quite early on [in my film career], I approached an actress thinking, You’re bound to want to come and look at this set. And she just looked at me and said, “Well, you’ll just have better ideas than I do.” But I also worked with Cate Blanchett on a film and she was sending me emails, really detailed ideas about her character: “I want a photo of my child with a frame made of Popsicle sticks.” Such specific, beautiful details, and that was heaven for me, because that just improves my work. That layering. I have had it from other actors, as well, and I think that’s just part of their process. I’m so open to it because all we’re doing is building and layering. It’s brilliant when somebody comes in and says, “What about this?” and I never would have thought of that. It adds so much.

How should someone who wants to get into production design get started?
The best thing to do is just look around for interesting people at an early stage and start collaborating, because I think that’s where you learn. You learn so much from working on the short films and the commercials and the video clips. So much of this job is about collaboration and personalities, and if you find your people early, then you’ll make your way through. It’s so brilliant when you have shorthand with people. I would just say to always be on the lookout. In a way, I think that’s a more interesting path than finding yourself in an art department and making cups of coffee. It’s great to get into an art department, because you see how it all works, but there’s nothing better than having your own voice and knowing that you’re the designer, even if that’s on a tiny little project. Eventually, it just builds and builds.

Casey Mink
Casey Mink is the senior staff writer at Backstage. When she's not writing about television, film, or theater, she is definitely somewhere watching it.
END_OF_DOCUMENT_TOKEN_TO_BE_REPLACED