How to Turn Any Acting Note Into an Audition Win 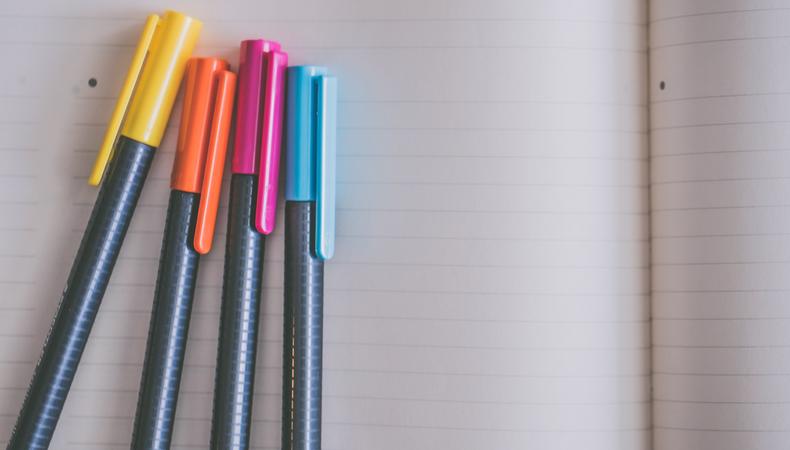 Getting an acting note is fantastic in any context. It means the acting coach, director, or casting director is paying close attention to your work and wants to refocus it in some manner. Tinkering is a part of any craft and it’s how you reach a level of excellence.

At an audition, notes are still great, even though many actors don’t see it that way. Some of my clients view getting a note in an audition as a sign that the director/CD didn’t like something they did or their choice was off. But I give this interpretation an emphatic “no.” It means you have their attention, that something you did intrigued them, and that they want to see more.

So don’t let getting a redirect rattle you. Use it as a springboard to solidify a spectacular audition by…

...getting clarification.
Many people who work in entertainment don’t know how to give actors useful notes. This includes screenwriters, directors, producers, playwrights, sometimes even casting directors. Some of the most insightful creators and writers are, shockingly, some of the worst communicators. They may feel comfortable critiquing an actor on TV from their couch at home but when it comes to shaping a performance, they often can’t supply much more than remarks like, “not so big...softer.”

Many directors, with the actual producing teams behind them, often feel compelled to give a note even if your performance was flawless. This is a manifestation of their own anxieties: they want to show the producers they know how to direct actors, which often translates into vague or tepid notes like, “just change it up” or “do something different this time.”

So don’t be afraid to get further clarification. Demand specificity. Ask a question like, “Do you want me to show more hesitation or do you want more conviction?” Providing the note-giver with two choices in your question can help force them to offer more specificity. If they say anything that doesn’t make any sense (which often happens), you must ask that follow-up question.

...taking your space.
Get some distance from the note-giver and take a moment to process it. Don’t succumb to the sense of urgency that can sometimes exist in the room. On occasion, the people in the audition room are cranky or impatient—that’s not your problem. Take a minute to think about what the note means to you and how it impacts your perspective of the character or the script. Don’t feel like you have to hurry up and act, especially if it might cause you to do something motivated by a sense of panic.

READ: 3 Ways to Ground Your Performance in Reality

You may need to gently remind the casting team of your rights as a professional.

When pushed to take a structurally significant note immediately, a client in my Master Class likes to say, “You want me to do well. I want to do well. I’m going to take this outside for a few minutes.” Take the time you need. Stand up for yourself! Most reasonable casting or producing professionals will not have a problem with such a request.

...making it your own.
When your preparation is solid, the note is often only a minor tweak to freshen your “hook.” This helps you adopt a new emotional attitude, giving you a renewed perspective on the scene. Even so, you must make the note your own.

A note from the casting team is like someone tossing you a hat and saying, “here, put this on.” Put it on but don’t just plunk it on your head and wear it without tweaking it a little. Make it your own before parading all around town in it. Whatever note you get, you have to let it jive with the character you’ve created and adjust the adjustment so it meshes with the world you’ve developed. You have a right to give yourself that freedom.

Remember, the difference between good acting and great acting is the ability to start every scene emotionally full and lit up. Getting a note from the director does not invalidate the choice you made; in many cases, it’s just the opposite. If you went into the audition with an awesome and bold choice, don’t be rattled if you get a note. Production or casting can always pull you back and sometimes they will, but they’ll never pull that awesome and bold choice out of you if you didn't have the courage to do it when you walked in.

And while the note you get might sound nonsensical, it’s your job to build a bridge of communication between you and the director. This is so important as it gives everyone in the room a glimpse of how you like to work and shows that you can make adjustments on set.

Sign up here to get Pearlman’s free acting and career tips delivered to your inbox, and email [email protected] to launch your career now from anywhere in the world or schedule an audit.

Joseph Pearlman
Joseph Pearlman is a celebrity and on-set acting coach for Hollywood’s top actors, musicians, and comedians. He works with clients such as Zooey Deschanel, Skylar Grey, Michael Welch, and Julian Sands, and he also coaches presenters for all the major award ceremonies. Pearlman Acting Academy was voted the best acting studio in Los Angeles by the Backstage Readers’ Choice Awards.
END_OF_DOCUMENT_TOKEN_TO_BE_REPLACED