How to Use A Cell Phone in Rehearsal, Part II 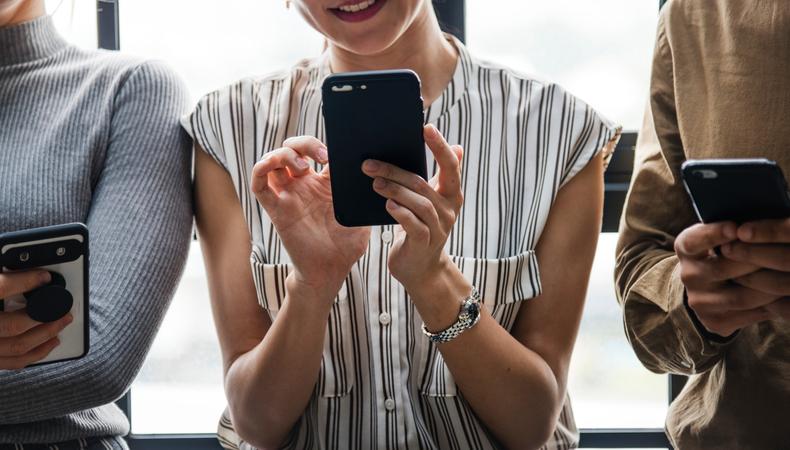 Last week, we talked a bit about a few different ways actors use cellphones in the rehearsal hall—despite a very strict ban on all phones in the theater. Today, we round out the list of appropriate ways to incorporate your phone into the rehearsal process.

Taking Notes
Think carefully before you use a cell phone’s note-taking feature to record a director’s notes. While this practice has gotten more common, it is still a sensitive practice. The pros of using your cell phone to take notes are that you’ll always have the notes nearby and can easily organize them. The cons are the connotation of a cell phone.

Think about how it looks to a director to see you on your phone while notes are given. From an optics standpoint, is this the message you want to send to the director and your fellow cast mates? If you decide to use your cell phone for note taking, don’t let other apps distract you and follow these steps:

Getting in the Zone
Many actors use music as a way of psychologically, emotionally, and physically preparing for the work of a rehearsal or performance. In fact, music is often a vital component of an actor’s process. If you listen to music before rehearsals or performances, make sure...

...the volume is low. I know it’s helpful to blast the music and feel the beat, but the theater is a workspace. With lighting technicians working in the air, stagehands rolling set items, and props being set backstage, there might be times where a technician gives a warning like “look out!” You need to hear that. Also, you need to hear the time calls and instructions of your stage manager.

...you sing along to the music in a private space where it is not disrupting any other actor’s pre-show process. Every actor is different. Some prefer silence and stillness before they go to work and their process is just as valuable and important as yours. Don’t create a dysfunctional work environment or get in the way of another actor’s work by being inconsiderate with your music.

...to always use headphones. Don’t set up a Bluetooth speaker in your dressing room. Again, you don’t want to get in the way of another actors’ process and you need to hear the calls and announcements from your stage manager.

On Stage
Sometimes, a character in a play might use a cell phone. Professional theaters should not ask actors to use their own property on stage. However, in amateur, fringe, and educational productions, it’s more common. If a production asks you to use your phone on stage, make sure there’s no sensitive material on your phone and that no sensitive material could be sent to your phone while you’re on stage. Triple check that your phone is in airplane mode and silent. Turn off all notifications. Check with the stage manager to ensure that your screen is at an appropriate brightness level.

The theater—even in 2018—is a workplace of tradition, ritual, protocol, and respect. A cell phone is a helpful tool for the actor as long as he or she knows how to utilize it correctly.