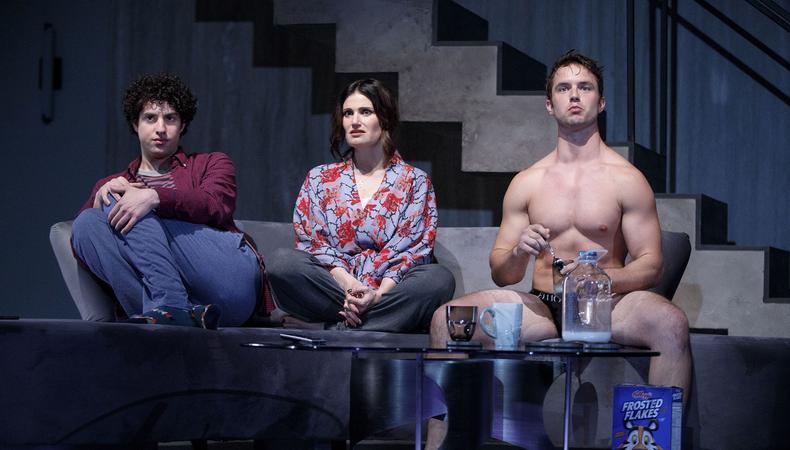 She’ll look to the Western sky.
Idina Menzel is taking her talent out west. The Tony Award winner and “Frozen” star will reprise her role in “Skintight,” the play by Joshua Harmon which she performed Off-Broadway last summer. As part of the Geffen Playhouse 2019–20 season, the comedy will run Sept. 3–Oct. 6 in Los Angeles, with director Daniel Aukin also reprising his role from the New York run. Additional casting is to come.

Color and light in L.A.
As part of its 2019–20 season, the Los Angeles Philharmonic has announced a fully staged production of Stephen Sondheim’s magnum opus “Sunday in the Park With George.” Under the direction of Zak Winokur, the piece will run May 7–15, 2020, conducted by music and artistic director Gustavo Dudamel. Casting for the musical is to-be-announced.

Benny and Joon head East.
Casting is complete for the East Coast premiere of “Benny & Joon,” the new musical that debuted last year at the Old Globe in San Diego. Leading the production at Paper Mill Playhouse in New Jersey will be Hannah Elless, Bryce Pinkham, Colin Hanlon, and Paolo Montalban, all reprising their roles from the run in California. Playing a limited engagement April 4–May 5, the production will again be directed by Jack Cummings III, with choreography by Scott Rink.

She’s rolling to London.
Newcomer Nkeki Obi-Melekwe is making a big splash in the theater scene—on both sides of the pond. Currently starring in Off-Broadway hit “Alice By Heart,” the rising star has been tapped to play Tina Turner in the West End musical about her life, replacing original star Adrienne Warren (who will be playing the title role on Broadway later this year). Obi-Melekwe will begin performance at London’s Aldwych Theatre April 15, following Warren’s final bow on April 13.

A big “Little” role.
Original “Dear Evan Hansen” cast member Kristolyn Lloyd has lined up her next (vastly different) stage gig, playing Jo in Primary Stages’ upcoming production of “Little Women.” Running at Cherry Lane Theatre this spring, this new theatrical adaptation comes courtesy of Kate Hamill, who will also portray Meg in the piece. Beginning performances May 15, the classic will be directed by Sarna Lapine (“Sunday in the Park With George”) and additionally star Paola Sanchez Abreu, Megan Byrne, Michael Crane, and others.

Casey Mink
Casey Mink is the senior staff writer at Backstage. When she's not writing about television, film, or theater, she is definitely somewhere watching it.
END_OF_DOCUMENT_TOKEN_TO_BE_REPLACED