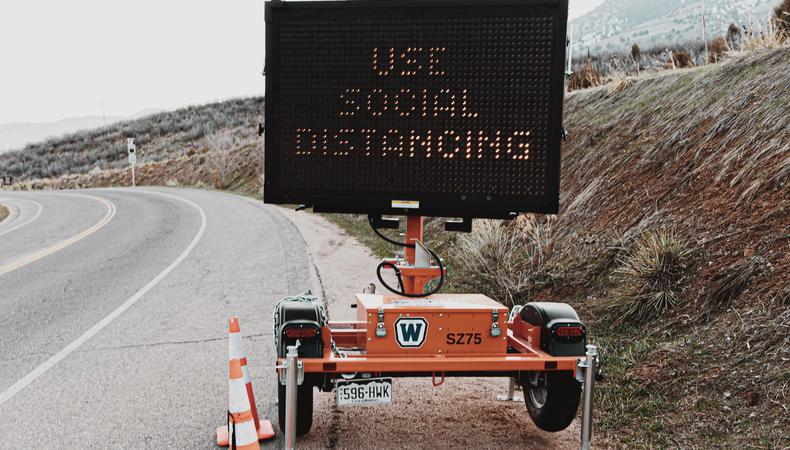 As production tentatively begins to take place in person again, those who handle logistics have had to learn how to operate within both governmental guidelines and the common-sense safety protocols that will minimize risk when crews and talent come together. Although the COVID-19 quarantine has been a lesson to many in learning how to cast, produce, and collaborate remotely, there are some projects that call for in-person shoots now that in some areas of the country, the greatest risk has been mitigated. That was true for Dakoit Pictures in a recent brand project they worked on with Nutella that came via a connection from remote content creation platform Tongal. The production company, which handles both narrative and brand work, has spent the last few months figuring out how to work and pitch remotely, and for this shoot, it was about figuring out how to navigate sets in the new reality dictated by the pandemic. Director Zachary Ludescher talked Backstage through how the pandemic affected their processes and what to keep in mind when returning to set.

How have you maintained brand work during the pandemic?
My sample size is small, this work through Tongal is my first big project back for us. It’s notable that it’s a brand project. We pitched on it more than a month before production began. Things were still pretty hectic in New York when we pitched. The only reason my team and I felt ok pitching on it was because things were starting to get good and we looked at the dates of filming and were like, Ok, if things keep going at this rate we’ll be able to film that. I have been noticing a fair amount of brand stuff going up and that’s what we’re pitching on entirely. People need to keep going. There isn’t talking to Netflix or Hulu about a re-schedule; we still have to keep going.

COVID-19 resources for actors and creators.

What safety precautions do you have to take to film in person?
Whenever we pitch now, we’re telling people how safe we are. We’re explaining our capabilities. We’re a smaller company and because of that, almost everyone who’s worked with me ends up getting trained on a few different sides of things. Even if they might be fully in post, I’ll bring them onto sets just so I develop a more well-rounded team. We’re able to do a fair amount with a small number of people. We were doing the things that I would’ve felt a lot more comfortable with literally four more people. We were able to push through. That’s one of the ways we try to point out [how] we can still deliver a high production value without bringing on more and more people. We’re putting in pitches all the time now and we’re going to hear back more and more. We’re doing okay at the moment because it’s still early getting back to the production side of things.

Have you been able to do anything remotely that you normally would have done in person?
We do have post projects coming out now. A big documentary project that got canceled sort of turned into a post project where we’re going to be doing interviews over Zoom instead of flying and doing interviews. It’s going to be a very different product. I have noticed that those are the things we thought would happen three months ago so we pitched all of our existing clients, we can do interviews remotely, and edit together. No one was interested. Now some of our clients are like, “Okay, well maybe we’ll do Zoom and interview them remotely and maybe you can edit it together,” and I’m like “Yeah, yeah, remember when we said that?”

What challenges came with turning your production operation remote?
When you go from an office environment to remote and on Slack, we had a lot of problems. I would say it took us a month before we even worked out a decent enough way to work, just practically speaking. There’s a lot of figuring stuff out, which we’re still doing to a certain extent. Just because we all went to Slack doesn’t mean that we’re able to keep working in the same way. I think every organization has had that process. People are realizing, “Oh, this is something that we’re going to have to live with for a long time. We need to keep moving.” That’s part of it. We’re using online platforms. We never would’ve connected with Nutella if it wasn’t for Tongal and there are other platforms we’ve been using to try to connect with other brands. 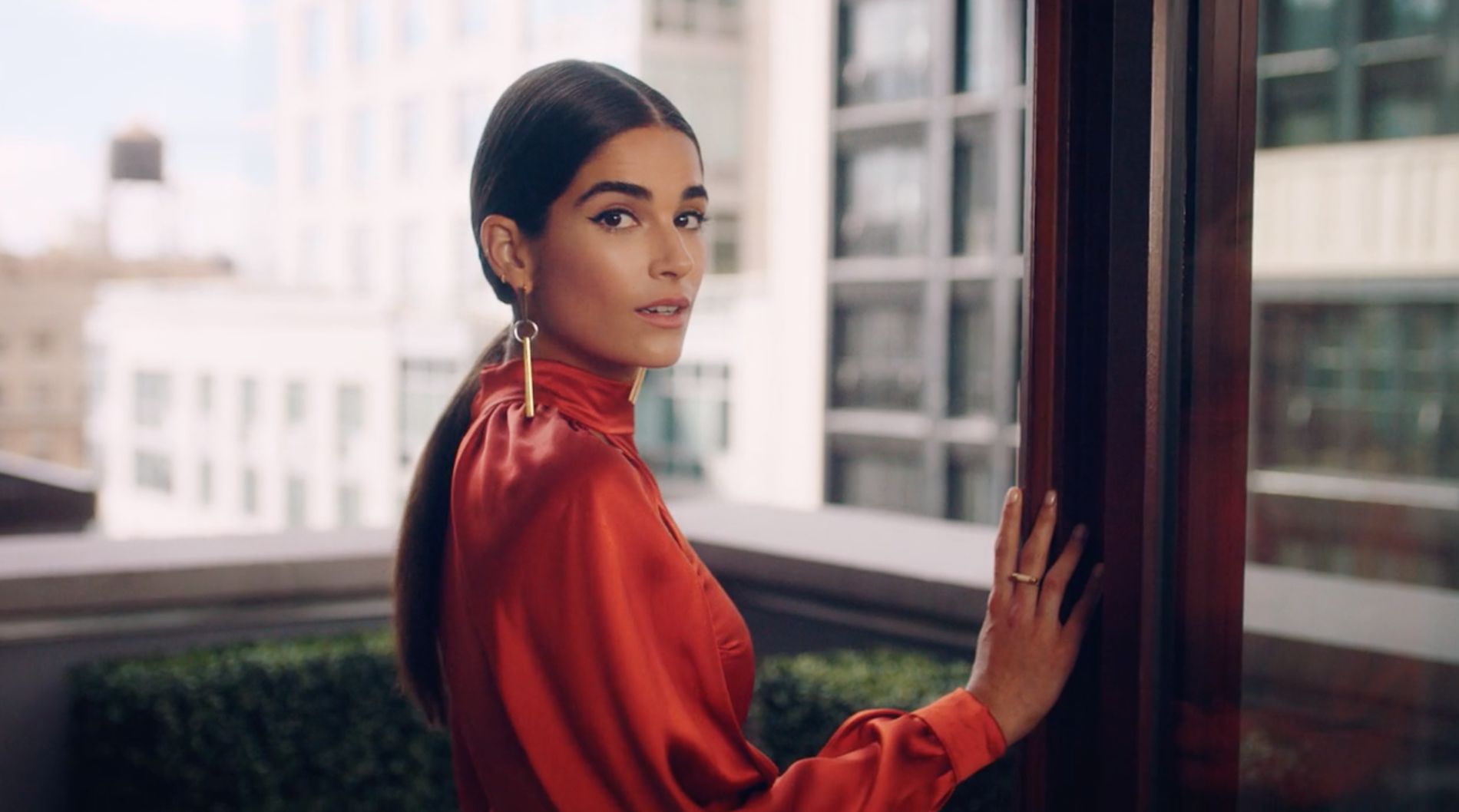 In the Time of Remote Production, Your Special Skills Might Get You Cast

How has casting changed for you?
Our talent search for this summer was very different. We kept this super tight. I think they were just curious about how things are going. Normally we would’ve absolutely put up an ad on Backstage and gone through the flood. The nature of every project is different enough that there’s always somebody we wouldn’t be able to cast or be available of the acting pool we know personally. This time around, we entirely stayed within our personal networks. We reached out to people that we knew, had worked with, had a decent sense of how they’ve been conducting themselves for the last few months. There were definitely people that we didn’t consider because we didn’t feel comfortable with how strict they were taking things.

I think we had an advantage this time around in that there are no onscreen speaking lines, it’s more about look. We didn’t even ask people to submit a tape or anything because it felt silly. You either look the part or you don’t, you’re either camera-ready or you’re not. I think we’ll have a tougher time if we have to start casting people that are giving lines and need to be able to perform in a specific way. It’s more about directing where people’s faces are and where they’re moving and how they’re smiling which are more prescriptive than qualitative talent. It’s more technical than anything else. The next time is going to be a challenge. I think it’s going to be tough as actors go back to work because that means actors are going to be on lots of sets and they are just going to be getting exposed. It’s just as simple as that. We’re not going to start producing content anytime soon that’s like all mask content.

What precautions are you taking going forward as production is ramping up?
I think at this point every production needs to have COVID-19 safety guidelines and they should be stricter rather than not. They should be in line with the science on the matter. We’ll be shooting in our studio and normally we’d be using the air conditioning but all the evidence points to the fact that air conditioning are actually great at spreading it. So we’ll be turning off the air conditioning when we’re shooting and putting up big box fans to blow the air out. Fortunately, the sound will not be critical for the stuff we’re doing indoors. That would be really hard if it were. Next time around, probably what we’ll do is turn off the fans and run the take and then immediately turn them back on.

Keeping crew size down is important, we take that seriously. Essentially every person you bring on is a potential infector, so we’re doing things differently than we normally do. Truthfully, it’ll be a little bit harder on my DP than it usually is. Normally I’d give her an air conditioning, [but] I’m not going to give her one. We’re also doing things beforehand so we can minimize the amount of time that we’re on set. The DP and I and the art director and I are going to be in our office setting the three things we’re shooting in the office over the course of the week before, which is not something I think I can normally do because of paying people their day rates. Moving forward, I probably have to make sure that I have enough budget to make sure we’re spreading out when work gets done.

As far as talent, I think the big thing is how much talent is going out and how quarantined they are. What I would say is, “Yes, go, shoot, work,” but then keep that to your only exposure. In New York, we can get tested for free, so just getting yourself tested before and after seems like a basic thing you can do. That way, you can ensure the people you work with are safe because you’re going to be walking around without a mask and your co-workers—you want to know that you are okay being within breathing space because that’s real. For actors, if you’re working, great, keep working. Make sure you’re not going out to bars after.  What we’re doing is telegraphing to people, “I take this seriously, I’m not being foolhardy with any risks I’m taking, I understand that I’m taking a risk when I’m going to a shoot, and I’m doing so in a safe way.”

In terms of production, we’re not letting anyone take the subway. In our COVID-19 guidelines, along with bring your own water bottle, bring PPE—if you don’t, you’ll be provided some and will be expected to wear it—you’ll be temperature checked when you show up. If you cannot get to set safely, you need to let us know at least a week beforehand so that we can work that out. And that’s a hard thing to swallow on the producer end because if somebody can’t get themselves to set safely I have to expend resources or money to make sure that they can. But  we sort of have to, it’s going to be the world we live in for a while. Also if actors can say they’re showing up makeup-ready, that also makes a big difference because hair and makeup is huge. We’re expecting all of our cast to show up in hair and makeup themselves.