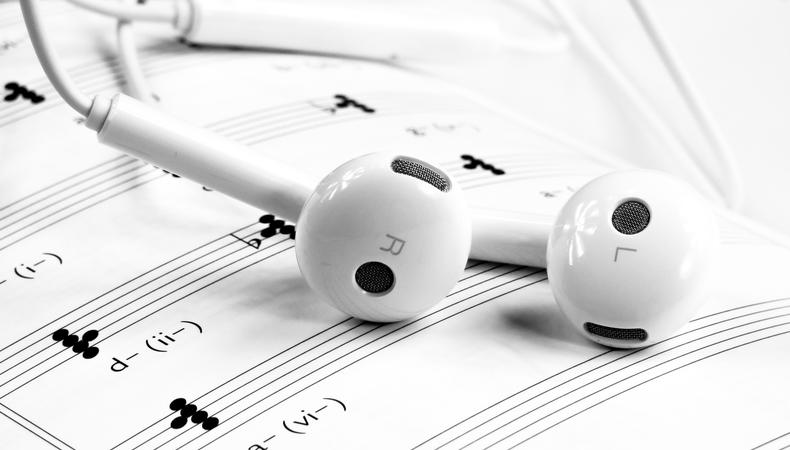 It’s no secret that script analysis is an important component of the actor’s process. But it can be easy to forget that music analysis is just as critical for the musical theater performer preparing for a role. Regardless of whether an individual is a fluent reader of music notation, much can be gleaned from the implementation of a few basic strategies for intentional listening. So get ready to drop the needle on that cast album. Here are five activities to get your analytical juices flowing!

1. Set aside time and headspace for active listening.
Nowadays, we tend to listen to music in a largely passive way. We sing along as we drive our cars, as we work out, and as we complete chores around the house. This osmotic way of experiencing music is important, and we don’t want to let it go. But as a professional performer (or professional in training), it’s also particularly critical to block out time that’s dedicated to active listening. Even if you don’t read music notation, sit down with your sheet music in an environment free from distraction, take a few deep breaths, and press play. Then, move on to number two!

2. Think about the music’s function.
Consider the question “What purpose (or purposes) does the music seem to serve in this song?” Does it seem to function as a reflection of the character’s inner psyche in this moment? Or perhaps it appears to be playing its own separate character altogether? Maybe it’s less complex than that and simply serves to lay down a groove. The possibilities are practically infinite, and there’s usually no right or wrong answer. Try not to get too intellectual about it all, but do have fun considering the various ways in which the music seems to play a role unto itself.

3. Consider the lyrics.
Not only are lyrics the dialogue of songs; they’re also musical elements in their own right. How do the lyrics seem to interact with or go against the grain of the music that accompanies them? Are there touches of alliteration, onomatopoeia, or approximate rhyme sprinkled throughout? Does the character seem to have specific language “-isms” with which they express themselves? Although lyric writing can be similar to poetic writing in many ways, lyrics by their very nature possess a unique musical quality, and it’s important to keep this in mind when listening analytically to a piece of music.

4. Delve deep into the instrumentation.
When you perform a song at an audition, chances are you’ll be accompanied by a solo pianist. Even in the context of a cabaret performance, the norm is often piano, bass, and drums. But it’s important, when applicable, to be readily familiar with a song’s original orchestration beyond these instruments. Let’s imagine you’re working on a number from a splashy Golden Age musical for your audition. Chances are good that the song was orchestrated for a large number of musicians, giving it lots of different tone colors and hues. How would you describe the individual moments in the song from an instrumental point of view? Bright and brassy? Dark and reedy? What do these observations suggest about characterization?

5. Familiarize yourself with a new (to you) musical each week.
Choose a musical with which you’re unfamiliar and play it on repeat each week. This is a great way to become familiar with stylistic tropes and references, individual writers, performers, and their influences, and the musical theater repertoire in general. While you’re at it, don’t forget to listen to the original versions of songs by popular artists whose stories are told through jukebox musicals. It’s important to go to the source in addition to the cast album in these cases. Once in awhile, compare a revival cast recording with the original cast. What do you notice that’s carried over, and what’s changed?

Of course, there are as many strategies for intentional musical listening as there are musicals. While one couldn’t possibly cover each of them in the scope of one article, this collection of tips will go a long way on the road to becoming more familiar with scores of…well, scores.

Adam K. Roberts
Adam K. Roberts is an Austin-based vocal coach, conductor, and artistic director. He is co-founder of TILT Performance Group and Resolution Creative, a faculty member at the Actor’s School and Carol Hickey Acting Studio, and director of music at St. Luke United UMC. His students have performed in principal roles on Broadway, Off-Broadway and in regional theater, been nominated for the Tony Award, and appeared in film, national tours, and on network television.
END_OF_DOCUMENT_TOKEN_TO_BE_REPLACED