NBC’s SVP of Casting Shares How You Can Get Cast, Even as a Newcomer 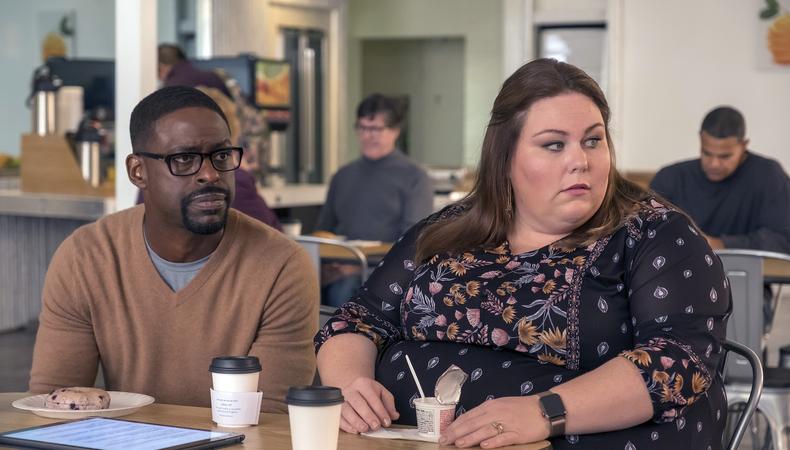 People might see network casting executives as intimidating figures working behind the scenes—actors may never meet them, but they might just decide their fate. That’s not typically the case, especially in how Jennifer McNamara, NBC’s senior vice president of casting, likes to get the job done. McNamara oversees New York casting for the Peacock Network’s scripted series, but she has never left her on-the-ground, in-the-room CD skills behind. She’s still seeking out new talent, meeting actors for general meetings, actively running auditions for NBC series, and collaborating with series CDs to find the best talent possible. We joined McNamara, whose solo CD credits include “Sex and the City” and “30 Rock,” in NBC’s audition room to learn some of her top tips for actors to get on TV.

Casting as an executive is remarkably similar to a normal audition experience.
“From being a CD on shows to working here at NBC, it’s the same process, but I’m not looking for all the roles the CDs are looking for in the script, just the series regulars. Generally, I do the same job; I look for what they need, we have a conversation beforehand, I know what they’re looking for, and I bring in a bunch of actors that I think could fit what they need. Then I send off the ones I think are good choices.”

Series regulars aren’t often new to the industry, but don’t lose hope.
“You have to have more of a body of work if you’re coming in for a series regular role—not that we haven’t cast some younger actors on a show or someone who didn’t have as much on their résumé. I still look, I still bring in new talent that maybe doesn’t have as big of a résumé. If you’re just starting out and you don’t have an agent, you have to do the work and put yourself out there.” In comedy, do all the classes and network. When I tell you I look everywhere, I’m on Instagram, Facebook, podcasts. I might hear someone sing on NPR and I’ll think: Who’s this? Does she act? And I’ll bring them in and have a meeting with them if they want to. I always want to bring someone new and someone maybe undiscovered to the network. If I’m not casting anything, I’ll send it out to my boss and the West Coast office. You just never know, someone could have a part coming up. It’s not out of the ordinary. I look at all the postcards, I look at the mail that gets sent to me. If someone looks interesting, I’ll see what they are doing and then I’ll look at their reel. Agents all over the place, in the U.K. and Australia, will have clients that come here and I’ll meet them. I’m looking for shows in London, I go to my kids’ plays, I go to their camp plays. I’m at standup shows a lot. If it’s not me, my office goes. We try to cover everything so that if there is an unsigned talent, we hope that we can discover them and bring them here. If you’re just starting out, I know it’s difficult, I know you think that you’re not seen. But you have to do things where people will see you.”

Get involved in the industry, even outside of performing.
“You have to be in the industry or near the industry or creating. Look for people’s short films. You have to have some video so that you can send that to people in the business because you want them to see what you can do. Try to be on a production; be a PA or intern, maybe at a casting office. Volunteer some time so you can be a reader and you can get into someone’s office. They always need readers, and you can see how their process goes and what actors do that is right or wrong. Hope shouldn’t be lost, but I definitely think you should actively be finding ways to get into the business. I know so many people who have made it from doing shorts or making videos online.” I watch YouTube; I saw a magician on there and I thought, Wow, he’s just really good. I don’t [cast] hosts, but I passed him on. I did this once with a woman who I saw online; I just kept watching her, and I thought she had something special, and I brought her in and she ended up being a host on a show for a while. You just never know where you’re going to find a gem.”

Make a choice if you want to stand out.
“Even in the room, you could have the material and you could be prepared and do all the right things—and sometimes it’s just good. They did what they were supposed to do. Someone could come in and make a choice that’s completely wrong for the character, yet just made me laugh, and I’ll remember that person and I’ll try them for something else because I’ll say, ‘You know what? That was a really cool choice. Someone just committed to something.’ ”

Want to get asked back? Be professional.
“Be on time. Be prompt. Be polite. Be present. Remember your appearance, come in, be nice to everyone. Don’t have an attitude. Do the material, know the material, be able to go with the flow. If you get direction, take direction and work with it. You’re not always going to get feedback, so don’t feel like you did a bad job. If they call you back again, you were liked and you did a good job even if you didn’t get the part. Too many props, costumes—you don’t need all that. Just be simple, know your material, know what you’re reading for, know who you’re reading for. Know people’s names. Do the best job that you can, and hopefully you’re asked back again. Don’t get frustrated if it’s one line—I’ve had people who come in for major shows and they said a tiny little thing and became a series regular. So don’t give up! Just show up and do the best you can in the room.”

READ: 5 Tips for Booking a Pilot on NBC

If you want to get into casting, know what movies, shows, and actors you like and why.
“How I got into it, I was just doing an internship. I didn’t even know what it was, I just knew I had a very big knowledge of TV and film from my mom. You can’t take it in college; I think you just have to have a good memory, like this world, know who people are—and not just know who they are, but if you love a certain actor or a certain movie: Why? Why does that speak to you? Why do you like that? Have a point of view so that you can speak to that and use that. I have to use that here as to why I like someone if someone else doesn’t like them. But I feel like you have to try to go into casting offices in the city, try to get an assistant job, try to work for a talent agent, to read scripts, maybe do script coverage. Just really try to get a background to know the world and know who people are. Like I said, maybe intern or try to be a pilot season temp and learn how they work. It’s really learning on the job for me. I think what would stand out to me in a cover letter would be: Why do they love it so much? I’ll read it. If we’re looking for someone, I’ll keep a file and bring them in and meet them.

Elyse Roth
Elyse is a senior editor at Backstage, where she oversees all casting news and features content, including her weekly casting director Q&A series, In the Room. She came to New York from Ohio by way of Northwestern University, where she studied journalism, and now lives in Brooklyn. She might see and write about awards-worthy films, but Elyse still thinks “Legally Blonde” is a perfect movie and on any given night is probably taking in some kind of entertainment, whether it’s comedy, theater, ballet, or figuring out what show to binge next.
END_OF_DOCUMENT_TOKEN_TO_BE_REPLACED