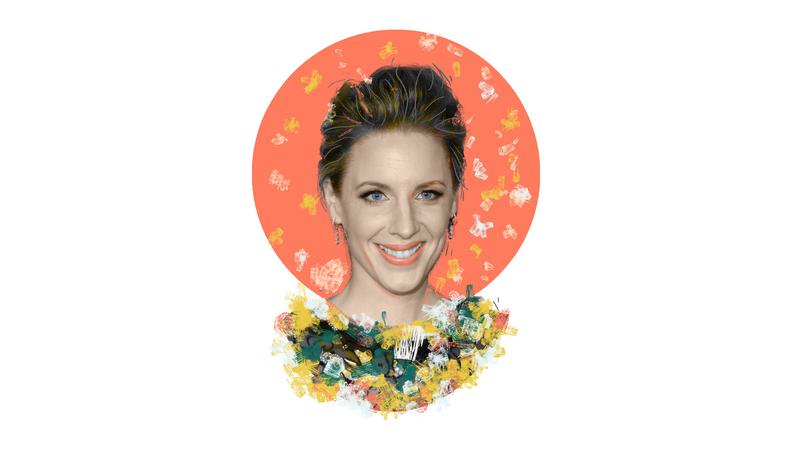 Today, she is Jessie Mueller, the revered actor who’s ushered two new musicals to Broadway, mounted a number of others, and won a Tony Award along the way. But in the not-so-distant past, she was Jessie Mueller, a fledgling actor who attempted what’s known as a “cooter slam” in the audition room—“attempted” being the operative word. So, let the record show: Broadway stars, they’re just like us! They fall down, get humiliated, get back up again, and live to tell the tale.

READ: Jessie Mueller Has Learned to Say: ‘I Have a Right to Be Here’

How did you get your Equity card?
I got it doing a new musical written by dear friends of mine, Alan Schmuckler and Mike Mahler, at Chicago Shakespeare. It was a brilliant kids’ show called “How Can You Run With a Shell on Your Back?” That’s how I got my Equity card.

What’s one performance that every actor should see?
I’ll always remember [Martin McDonagh’s] “The Pillowman.”

What’s the wildest thing you’ve ever done to get a role?
I tried to do a cooter slam in an audition because it was asked of me—I didn’t come up with that on my own. There’s probably a more technical word for it. I should say I attempted a cooter slam, not that I did one. I attempted it.

READ: 5 Ways to Let Go of an Audition

What’s your worst audition horror story?
It might be aligned with the cooter slam. It probably involves a dance call, and I might have blocked it out.

What advice would you give to your younger self?
Don’t think so much.

Casey Mink
Casey Mink is the senior staff writer at Backstage. When she's not writing about television, film, or theater, she is definitely somewhere watching it.
END_OF_DOCUMENT_TOKEN_TO_BE_REPLACED