Joe Manganiello Found Success By Playing Into His Type—He Advises How You Can, Too 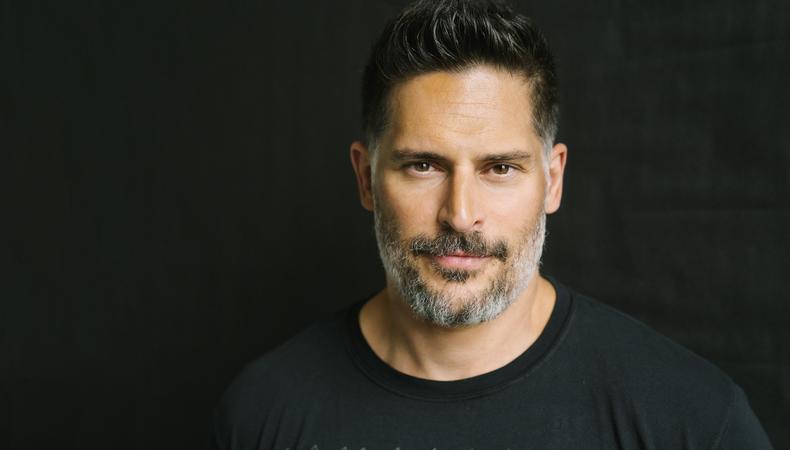 Joe Manganiello is one of the most recognizable actors working today, thanks to major film and television franchises like “True Blood,” “Magic Mike,” and DC Comics’ “Justice League.” But with his latest indie feature, “Bottom of the 9th,” he uses that recognition to bolster an indie passion project with wife and co-star Sofía Vergara; it also marks Manganiello’s first time as a feature film producer. He recently sat with Backstage to discuss his work behind the camera, getting into character no matter the gig, and how he uses typecasting to his advantage.

“Bottom of the 9th” is his first producing gig, but Manganiello has long aspired to filmmaking.
“When I was a kid growing up in Pittsburgh, I was an amateur filmmaker. We had a high school TV studio and cameras you could borrow on the weekends, and I would sleep with a pad and paper next to the bed, and I would write films with my friends, and we would go out and shoot and we had special effects. So I made feature films and TV shows, and I loved it. I was up at 6 in the morning on weekends chasing daylight, trying to get my shots as a kid, and that was really the first thing I really, really, really loved. And so I think everything kind of blossomed out of that.”

Don’t wait for permission to create what you want to see.
“You can’t rely on other people to hand you anything in this business—ever. So just be creative. So many times I meet people [asking], ‘Do you have any advice for me as an actor?’ When’s the last time you acted? Not sent in your headshot or went to an audition. When was the last time you acted? When was the last time you got people to see your work? Go do that. Be an actor! You know, I come from theater, so I’m very much partial to that. Go do a play. Go do a play for free! Just get up there, go do something. Go write something different, go shoot it, go figure out how to do that. If Steven Soderbergh can shoot a feature film on an iPhone, so can you. Figure it out! I really think no matter where you come from, no matter where you are, if you have the talent and you have the drive, you will find a way. I don’t care where you’re from. You will find a way if you have the determination.”

You never know what strange bits of your training will prove the most useful.
“At Carnegie Mellon University, there are so many tricks and so many different styles that you’d have to work straight through to age 90 to use all the things that they taught you. There were so many things that I thought were the stupidest things, and sure enough, it becomes the crux of five years on a TV show. ‘You’re gonna be a penguin. You’re gonna go to the zoo; you’re gonna study penguins; you’re gonna diagram them; you’re gonna learn how to walk like them, make sounds like them, interact like them. You’re gonna do this for three and a half hours a day for seven weeks.’ This is the dumbest thing I’ve ever been asked to do.... And then you get cast as a werewolf for five years on a show, and everything that I was taught freshman year is exactly my approach to playing that character. I have this bag of tricks that I learned from there and I just dip into it and build a gumbo pot out of all these different [things].”

Know when to push back against typecasting—and when to play into it.
“I think the best thing I can say to that is this: A lot of the roles that I play are not who I am. I wasn’t a male stripper—I went to, like, an Ivy League school, you know what I mean? I’m very different from the characters I play. I remember being on ‘True Blood’ and Anna Paquin in the makeup trailer saying, ‘So did you, like, grow up on a farm?’ No, suburbs! But as an actor, you are someone’s fantasy of you. You’re not you. So what is that? Someone looks at me, especially when I have the long hair, the beard—they think I ride a motorcycle, they think I get into bar fights, they think I took this girl to prom and that girl to—you know what I mean? Little do they know: I don’t ride a motorcycle, I don’t drink, I skipped my prom to go to see ‘Blade Runner’ rereleased. I’m not that guy, but that’s what people think I am. So if you wanna make money, and you wanna work, figure out what people think you are and do that. I can fight all day long to play Stephen Hawking—I know I can do it great. [But] no one’s going to cast me as that. So don’t be concerned, because there’s all this other stuff over here that I’m gonna do. And the guys who are gonna play Stephen Hawking are not gonna play the big giant werewolf. So let’s focus on that. But also at the same time, you have to fight to show people that you’re capable of doing other things, because once they see you as the werewolf, they think you grew up on a farm. As soon as they see ‘Magic Mike,’ they think you were a male stripper who loves taking his shirt off. That’s not the case at all. But I love that people think that I am that because it means that I’m doing my job right.”

On the surprising way he landed his first role in “Spider-Man.”
“Out of [my college showcase] process, I also got offered a TV holding deal, which I turned down because at the time, this was 2000; you either did film or you did TV. There’s no crossover. ‘Sopranos’ and ‘The Larry Sanders Show’ were the only scripted cable shows, so it wasn’t the way it is now. And George Clooney was the only one to make it off of TV into movies, so I had to say no to this because I’m gonna do that. So that’s what I did. And then someone gave me the sides for ‘Spider-Man’ and sent me out on an audition. I was just visiting doing my showcase, and I wound up getting called in to go meet Sam Raimi. I guess this is good for actors to hear, too: I’m fresh out of drama school, and I get called into this audition to read for Peter Parker, who is your atypical, AP chemistry nerdy guy who gets bullied and picked on, and I’m 6 feet 5 inches. There’s no way they’re going to cast me as Peter Parker, because who’s gonna bully me? Are they gonna get some 7-foot guys? Dallas Cowboys linemen are gonna get cast to beat me up? So it’s not gonna work, it’s the wrong role, but I went in and tried to impress them as much as I could on my acting ability. So I wore glasses, I wore a button-down shirt, and I played the Peter Parker nerdy character. And we got done, and the casting director said, ‘You were great, you were great. Good actor! You’re totally wrong for this role, you’re never gonna get this.... So there’s this other role that you’re totally right for.’ And I said, ‘Flash, right?’ And she said, ‘Yes, Flash [the high school bully]. Lemme go get the sides.’ I said, ‘Don’t worry about it, I already learned the sides.’ I took the glasses off, unbuttoned the shirt, had another shirt on underneath in case they said, ‘You’re wrong, do this.’ And they went right into it. And so I read for Flash; she said, ‘I want you to meet Sam Raimi.’ ”

Benjamin Lindsay
Benjamin Lindsay is managing editor at Backstage, where if you’re reading it in our magazine, he’s written or edited it first. He’s also producer and host of a number of our digital interview series, including our inaugural on-camera segment, Backstage Live.
END_OF_DOCUMENT_TOKEN_TO_BE_REPLACED