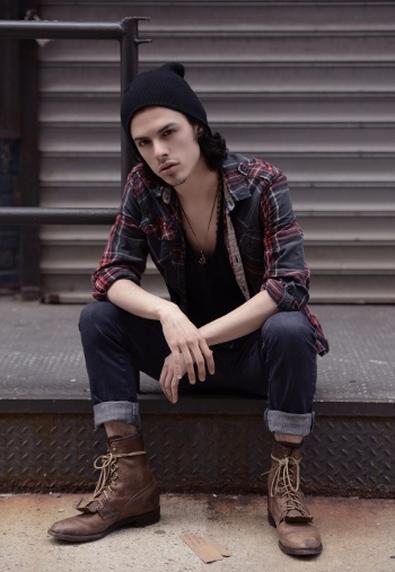 Jonny Beauchamp (“Thirsty”) likes to tackle roles that get people talking. As the transgender prostitute-turned-love interest of Dorian Grey, his Angelique has become a fan-favorite addition to Season 2 of Showtime’s “Penny Dreadful.”

On landing Angelique.
“I filmed the audition on my iPhone. I taped the lines to the fridge. I literally had 15 minutes to do it in between setups. I filmed it in my costume for ‘Stonewall’ and submitted it. Once I wrapped the following week, I flew right in to New York and had a formal in-person audition, and then I went out to Dublin and I screen tested, and I got the part! And then I moved to Dublin—it’s insane…. Opportunities are everywhere and you can’t sleep on anything.”

On starting with an indie.
“What was great about ‘Thirsty’ was that the writer-producer-director, Margo [Pelletier], had never made a feature before; it was my first time, too. That was a journey that we all took together, and it was thrilling. I learned so much about filmmaking. When I auditioned for ‘Stonewall,’ I knew how to play the camera a little bit.”

On getting nude for “Penny Dreadful.”
“I was a bit nervous because I knew this was the first thing people were going to see of me. But [showrunner] John Logan said something really helpful: ‘It’s not you. It is Angelique, it is the character.’ It was actually the best thing I ever did because it was my biggest fear. It’s a really personal thing…. Be respectful of yourself and don’t do anything you’re not comfortable with.”

On prepping for “Stonewall,” about the Stonewall Riots in NYC.
“I was struggling because I wanted it to be realistic and I wanted to honor those who came before. I went down to Christopher Street—I used to hang out there as a kid—and I started internally improv-ing, talking to the people around there and just kind of feeling what it would feel like, maybe, to be one of the girls on the corner. That really helped my audition a lot. I would go back to my apartment and do it over and over and over.”

On working with “Stonewall” director Roland Emmerich.
“He really took a chance on me. He’d say, ‘Jonny, you’re the real deal,’ and I’m so humbled by that. I grew up watching all of his movies! I will forever be indebted to him. ‘Stonewall’ was a complete collaboration. If something wasn’t working, he’d ask, ‘What do you think it is?’ I’d never really had a director ask me that before.”

Benjamin Lindsay
Benjamin Lindsay is managing editor at Backstage, where if you’re reading it in our magazine, he’s written or edited it first. He’s also producer and host of a number of our digital interview series, including our inaugural on-camera segment, Backstage Live.
END_OF_DOCUMENT_TOKEN_TO_BE_REPLACED