Keep Writing, Even When You Feel Like a Fraud 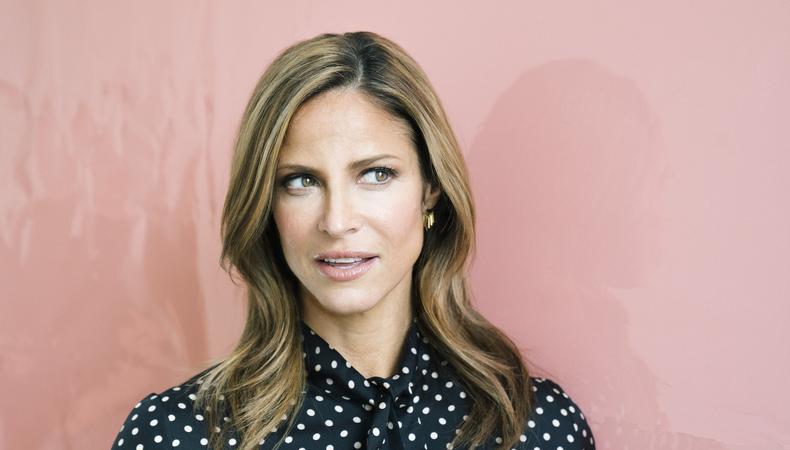 What a breath of fresh air Andrea Savage’s “I’m Sorry” is. The creator and star of TruTV’s semiautobiographical series makes funny—in shades from heartwarming to crass—look so easy, you might forget the endless hard work that goes on behind the scenes. In the midst of Season 2’s rollout, we spoke with Savage about her creative process and her top bits of advice for other creators wanting to run their own show.

As a mother, wife, and comedian, Savage mines her own life for inspiration.
“I don’t go out of my way to make crazy stuff happen. Often, a lot of it isn’t necessarily so crazy, it’s very much what happens—especially if you have kids or if you’re married or if you’re in comedy. And then I just sort of mine it and enhance a little bit to make it a little more interesting.”

The key to success is discipline and a work-family balance.
“I’m always turning stuff around, but I’m pretty disciplined. You have to be disciplined to get up and write every day…. [And] I try to keep the hours somewhat family-friendly. That’s a big thing I’ve done on my show. People wonder why there’s not more women running shows—the hours tend to make it prohibitive to do that and [raise] a child. It’s really, really difficult. So I write no exterior night scenes, because that makes the shoot days go too long by the end of the week. I have our writers’ room start after kids’ drop-off and try to get done by 5:30 p.m. so people can get home. I have to keep working after my daughter goes to bed. You can do it, but you have to really lay it down in law. It has to be your goal.”

The earlier you start writing, the better.
“I would have told my younger self to start writing earlier. I would’ve definitely become the multihyphenate earlier. Anyone who wants to get into comedy, if you’re not interested in writing, honestly, it’s probably not worth your time. Because now in comedy you can create your own content, you can edit it, you can post it, you can podcast it. I had to wait until industry night. Now it is there; you can do it, so push yourself. It doesn’t have to be perfect; just make content and figure out your voice.”

Nerves are a good thing.
“I think if you don’t have a healthy dose of fear going into any project, something’s wrong. You just have to take the leap. You’re not going to ever feel ready, you’re not going to feel prepared. You’re going to be like, ‘I am such a fraud, I am faking it, people are going to figure it out.’ You just have to go, ‘I’ve learned some skills, and I’m going to take it to the next step, I’m going to probably make some mistakes.’ ”

After seven pilots with no full-season orders, Savage sold “I’m Sorry” on a proof of concept.
“The difference in this one is I shot a pilot presentation. I actually shot 14 minutes and had that to go sell. [I had] the proof of content [to] show exactly what the tone was and exactly what I was trying to go for so there’s no room for, ‘We love it, but also instead of being a mom who is in comedy, could you be an esthetician whose parents just died?’ Well, no, that’s a whole different situation. That was the way it happened for this one.”

Don’t think of rejection as a bad thing.
“I never really thought when I didn’t get a part or a job of it as a rejection (unless I didn’t think I walked in prepared for my audition or I turned in something crappy, which I wouldn’t do). So as long as you’re fulfilling your part of the bargain, you cannot control anything else. And now that I’ve been on the other side, so much of it is out of your control and nothing to do with you at all. So as long as you go in and do what you planned to do, that’s your entire job. If you did not prepare, then you fucked up; you just lost an opportunity, because I cast a lot of people that I’ve seen audition for another job! I don’t have time to audition for every role, so I cast a lot of people who came in for other things who just did a good job for another part.”

It’s just an audition—loosen up!
“Especially in comedy, you need to walk into every audition with a little bit of a looseness and a little bit of a ‘this may go in a different direction.’ Never be afraid to put your own little spin on something, like add a little improv—even if it’s not a show that’s deep into improv or whatever, just add a little something in the beginning or end, just one little thing. That’s how I’ve gotten almost every single job.”

Benjamin Lindsay
Benjamin Lindsay is managing editor at Backstage, where if you’re reading it in our magazine, he’s written or edited it first. He’s also producer and host of a number of our digital interview series, including our inaugural on-camera segment, Backstage Live.
END_OF_DOCUMENT_TOKEN_TO_BE_REPLACED