How To Know If Getting an MFA is Right for You 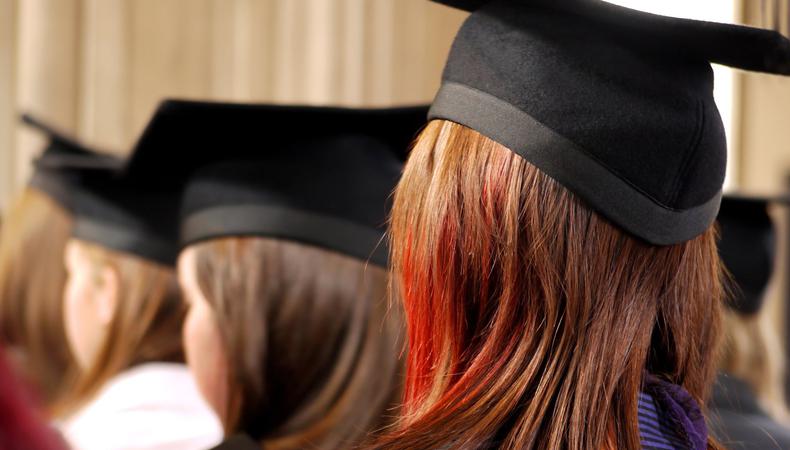 I recently got an e-mail from a young actor who just graduated from an acting conservatory program. He was well trained and rose to the top of his class, earning awards and finding success in his school’s productions. He was looking forward to relocating to New York City,

When I followed up a few months later, things had changed. The success he expected didn’t greet him in New York and he was experiencing the struggles many early-career actors do: working a full time job at a bar to pay rent and take classes but not having much time to audition or even getting many auditions. His parents wanted him to go to grad school so he as me which was best (Yale, NYU, Julliard?) and what he should do.

Considering an MFA? Read this.

Here’s what I told him (that he could tell his parents): Grad school is an excellent idea for many reasons. If you want to eventually teach at the college level, you’ll need at the very least an MFA and a PhD. And it’s more good training, especially if you’re a character actor who will hit his stride a little later in life—then years of schooling, teaching, or working in another career is not a bad idea. You’ll also make good connections that will help to get work in all media. Several classmates of mine from Carnegie Mellon and Yale became successful, and a lot of us got roles from their referrals.

Here are the downsides:
1. Time lost. If you want to work in TV and Film, your market is here and now. There are so many roles for younger actors, especially those who look like they’re in their teens or early 20s. If you wait three or four years, you’ll be in the biggest demographic of actors—those in their late 20s and 30s. It’s very competitive. It’s not impossible, but it’ll be more challenging. The sooner you get your career started, the sooner you’ll become established. It takes an average of three to five years just to start working somewhat regularly, with no guarantees, and 10 years to be at the top of your game.

2. Debt. The average debt incurred for graduate school is about $100,000 or more which even with steady work can take you a decade or more to pay off. Unless your parents are fortunate enough to afford this, why put enormous stress on yourself by having to pay an overwhelming debt or having to accept a full time office job or another career for a decade that prohibits you from auditioning or accepting the roles you do want? If your goal is to have a great career playing challenging roles with the highest level of talent, you have to be available for the auditions.

5 things I wish I had known before starting my MFA.

3. Agent Misperception. Agents don’t sign you because you have a MFA. It doesn’t hurt to impress them that you studied longer, but that’s not the only criteria. Neither is talent. It’s the whole package—personality, appearance, charm, talent, training, will power, marketing savvy, audition skills, marketability, castability, etc. If they can see that you can or are booking jobs immediately, they’ll be more interested in representing you.

4. Getting Hired. Producers and directors do not hire you because you have an MFA. The teenager with the dark hair who looks like Liev Schreiber’s son on “Ray Donovan,” the actor who has studied martial arts so he can play an action-adventure hero, or the guy who resembles a drug dealer or criminal is the actor who gets hired for that specific role. The girl who is “hot,” the quirky comedic sidekick, or the exotic Asian princess is hired because they are seeking exactly that. The MFA? Oh really? She has one? That’s nice!

5 tips for finding the right MFA program (if you decide to pursue one).

A good alternative is to invest in the highest level of training. There are dozens of top acting studios and teachers out there that are less expensive than graduate school. You can also create marketing tools—lifestyle photos, sizzle reel, website—for a lower cost than tuition. Casting these days often requires seeing your work in a video or online before a final audition so you need updated tools. Find a mentor or marketing coach. Then make a marketing plan to market yourself consistently. Build a huge network of industry professionals who really know you and your work. Get a personal referral to a theater agent, a personal manager, and when the first sizeable role appears, hire a publicist to promote you. Total cost? A few thousand dollars—a very small investment to start a career that could establish you.

Every actor is unique, and every path is different. And all “types” are marketable. You can start an acting career at any time. But by getting excellent training and tools, creating a marketing plan, and finding a mentor to open doors, you’ll save years of struggle, tons of money, and get the career you want sooner rather than later. A graduate degree is a plus if your situation warrants getting one.

Gwyn Gilliss
As the “Foremost Marketing Coach for Actors,” Gwyn was a successful actor herself working in all mediums. An Emmy Award nominee, she appeared on dozens of network daytime and primetime series. Her film scripts won awards from Beverly Hills to Cannes. She’s the premier role model with winning strategies and first-hand knowledge of the TV, film, and theater industries which she shares to help actors succeed. Request a complimentary 15-minute career session: gwyngilliss.com/contact.
END_OF_DOCUMENT_TOKEN_TO_BE_REPLACED