There’s a simple—if unspoken—rule at the center of “Squid Game”: You are on your own. The violent children’s games that desperate debtors play for the chance to win an obscenely enticing reward encourage them to think solely of themselves. As far as metaphors for late-stage capitalism and individualism go, this is as bloody and unsparing as they get.

Behind the scenes, though, Netflix’s global phenomenon is a prime example of what its lead, South Korean star Lee Jung-jae, enjoys most about his work: the act of collaboration.

His character, Seong Gi-hun, faces scenarios in which sparing any thought for others is a deadly risk; but “Squid Game” works so well precisely because Lee and his co-stars embrace a spirit of community that the show rejects.

READ: How ‘Squid Game’ Designed Its 5 Deadly Challenges: ‘The Set Is Ironically Dazzling’

Lee, who started out working as a fashion model in the early ’90s and found success in television and film soon thereafter, admits that this was not always how he approached his craft.

“I think it was only about six to seven years into acting that I truly realized how joyful it is to really create something together with your co-star,” the SAG Award winner and Emmy hopeful says (with the aid of a translator). It makes sense; modeling is a solo creative endeavor, but acting proved to be different. “From then on, I began to really intensely observe the other person’s performance,” he adds.

Now a stalwart of the screen in his home country and a rising star stateside, Lee has become even more curious about the work of other actors. “Why” is the word he uses most when describing his process—which, he admits, can be lengthy and involved. 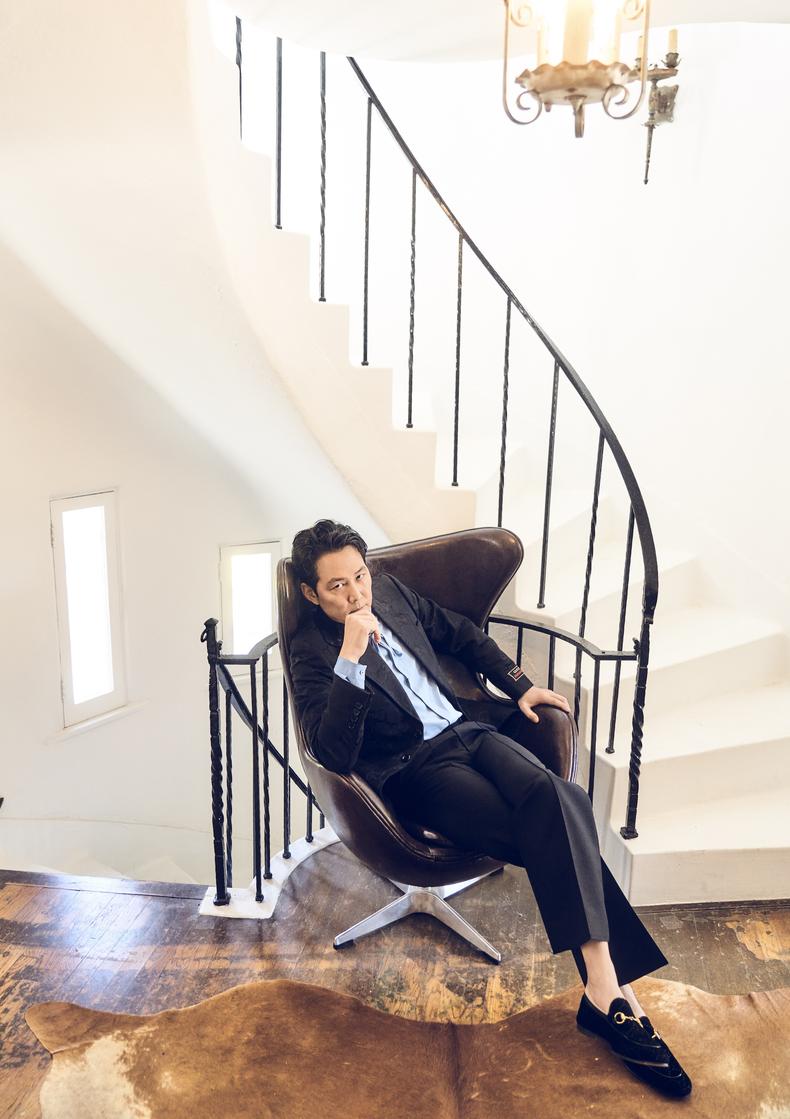 “It’s very important to do the imagining part of what’s outside of the script so you know what’s not there,” he explains, “so you know what and why it all led to what you see.”

As he breaks down dialogue and action, this “why” drives and consumes Lee before he ever steps on set. That process often includes conversations with directors and creators—as was the case with “Squid Game” mastermind Hwang Dong-hyuk. But he especially cherishes exchanges with his cast mates early on, when everyone is shading in what’s on the page and building out the moments that end up onscreen.

“I feel like those conversations really enrich what follows,” he says. “It allows all of us to give a much deeper and [more] layered portrayal, because you get very much into the character.”

Over the course of nearly 30 years acting in action thrillers, comedies, and romantic dramas, Lee has become a better performer by carefully attuning himself to the intentions behind his scene partners’ actions. He believes that a good actor should always be curious, and he tries to be attentive and responsive to his co-stars’ instincts. That’s easier when the partnership extends beyond what’s on the page.

This approach was perfectly suited to “Squid Game,” which follows 456 players as they by compete in a series of violent games for the chance to win a 45.6 billion-won prize. The project demanded that each actor bring a wealth of stories and emotions to the table, which only ever get hinted at in flashes of backstory. Take Lee’s Gi-hun, a down-and-out gambler who is our entry point into the skewed world of the show. As written, he’s a quintessential everyman whose desperation the games can easily exploit.

Even with his expansive filmography and many accolades (including honors from the Baeksang Arts Awards, which honor film, TV, and theater in South Korea), Lee found himself playing against type for the role of Gi-hun. He whittles down the effortless charisma he exudes in real life; the end result is an average man who may not immediately earn your sympathy, but whose magnetism is undeniable. It’s a rare mix that Lee displays at key moments—like when Gi-hun breaks out in a goofy grin for a photo at the start of the games. His innocent openness makes wild scenes such as a life-or-death game of tug of war all the more affecting; Gi-hun could be anyone. 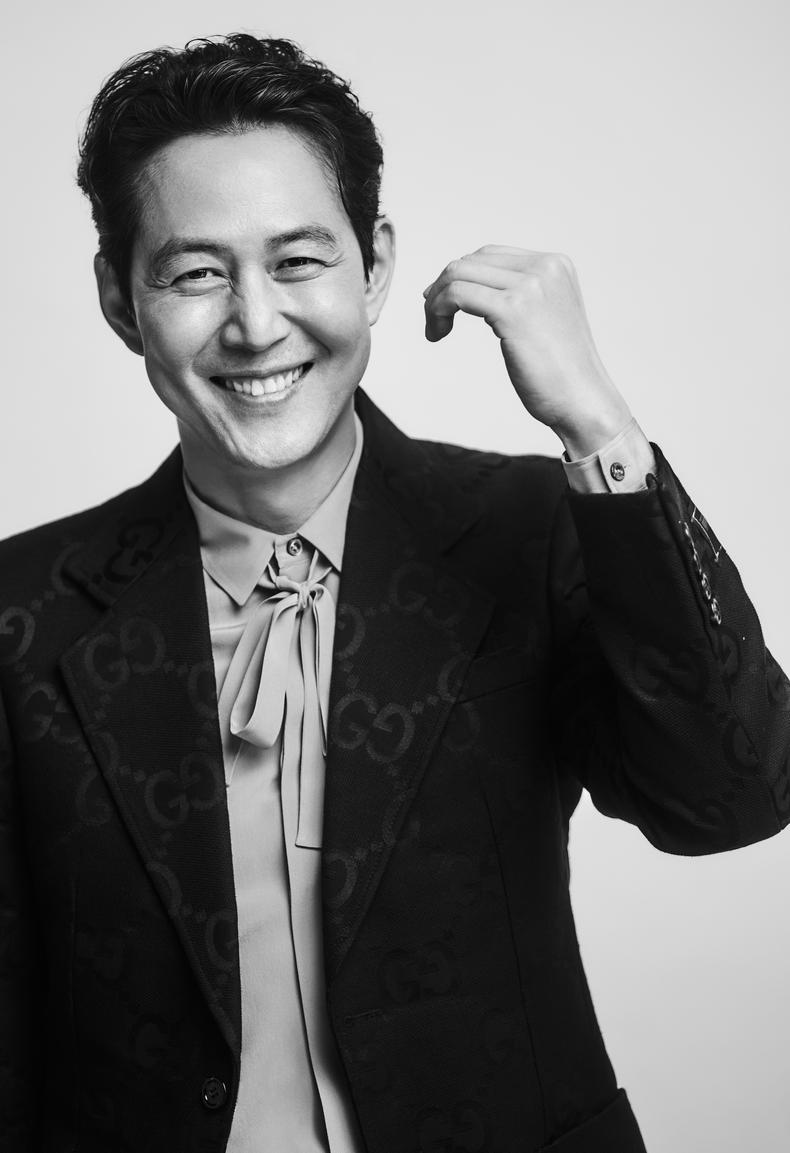 That relatability was something else that Lee had to think through. He knew that his character would have to be grounded in reality—otherwise, the out-there conceit of “Squid Game” could become impossible to take seriously. The actor began observing men at street markets in Seoul, noting mannerisms, postures, and behaviors that he could bring to his portrayal of Gi-hun.

“He’s somebody you can see in your daily life. I had to really lean into that realism. I had to make sure that when the audience saw the character, they didn’t feel like: Oh, he’s acting,” Lee says. “But one thing I wrestled with the most is that while the character himself is very realistic, these are very extreme situations he’s put in.”

Finding the emotional truth within the show’s outrageous premise proved to be the biggest challenge for Lee. But that psychological realism is what makes this candy-colored dystopia feel so plausible. At its core, “Squid Game” is an allegory for the way income inequality allows the rich to exploit the economically vulnerable. The actors communicated this heady concept through character work. 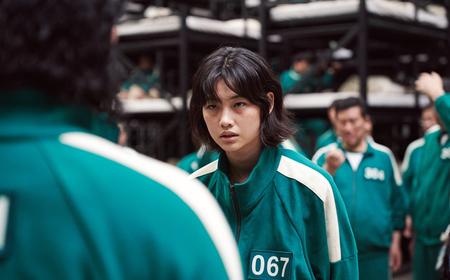 “It was very difficult for me to find that fine line,” Lee admits. “In order to make it as convincing as possible, I had to dance around that.”

Thinking back to when he most keyed into Gi-hun in the “Squid Game” pilot, the actor doesn’t cite any of the fanciful, violent scenes from the games. Instead, he homes in on two smaller moments that happen before the character ever dons his iconic tracksuit.

In the first, the nearly broke Gi-hun loses his temper at the racetrack while trying to cobble together money to buy his daughter a birthday gift. While he’s filling out his betting form, an impatient stranger taps him on the shoulder—and the minor slight sends Gi-hun into a fit. Eyes bulging and neck veins popping, Lee’s body all but convulses as he screams, “How about you leave me alone?!”

It’s plain to see that he has surprised himself. As he hits himself in the head, it’s almost as if he’s aware just how uncharacteristic the outburst is. After all, the character is a pushover—a divorced chauffeur who struggles to keep a job and gambles away money he doesn’t have. He’s usually sullen-faced, with a lazy smile at the ready. Here, however, he’s not the doormat he sees himself as, but a man who won’t let himself be bullied. It’s a revealing act, and it’s easy to see why Lee views the scene as a defining moment. In fact, it’s one he came up with himself—the outburst wasn’t in the original script. 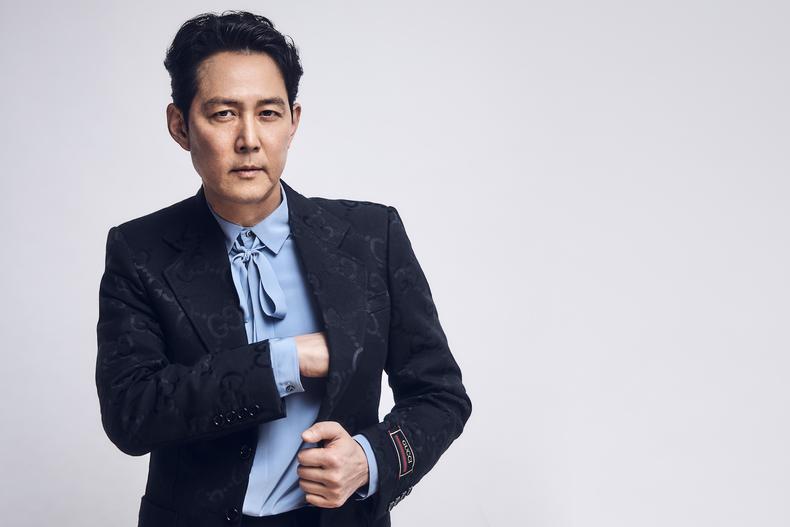 “I felt like: If this is a man who can get so enraged when his sense of desperation is invaded, then this is the kind of person who will say yes to joining a survival game like what you see,” he explains. “I felt like that was an important factor that led me to understand who this man is.”

The second instance is more a gesture than a scene. While on the run from loan sharks, Gi-hun slams into a young woman, Kang Sae-byeok (played by fellow SAG Award winner Jung Ho-yeon), and falls to the ground. Though he’s anxious to continue his escape, Gi-hun pauses to help Sae-byeok collect her things. That show of kindness exemplifies another key part of what attracted Lee to “Squid Game.”

“These two very short moments played an important role in making the character as convincing as we could make him,” Lee says. “They show that he is the type of person who will be willing to participate in a game like this, but also someone who will not lose that goodness in his heart throughout those very extreme situations as the games go along.”

These scenes also allow us to see Lee playing off of the energy of his co-stars. Gi-hun feels isolated amid the hundreds of other contestants whose success depends on his death (and vice versa); but the relationships he develops with his fellow players (including, as it turns out, Sae-byeok) cause him to push back against the selfishness the games depend on. This push-and-pull makes for one of the most exciting aspects of the show. 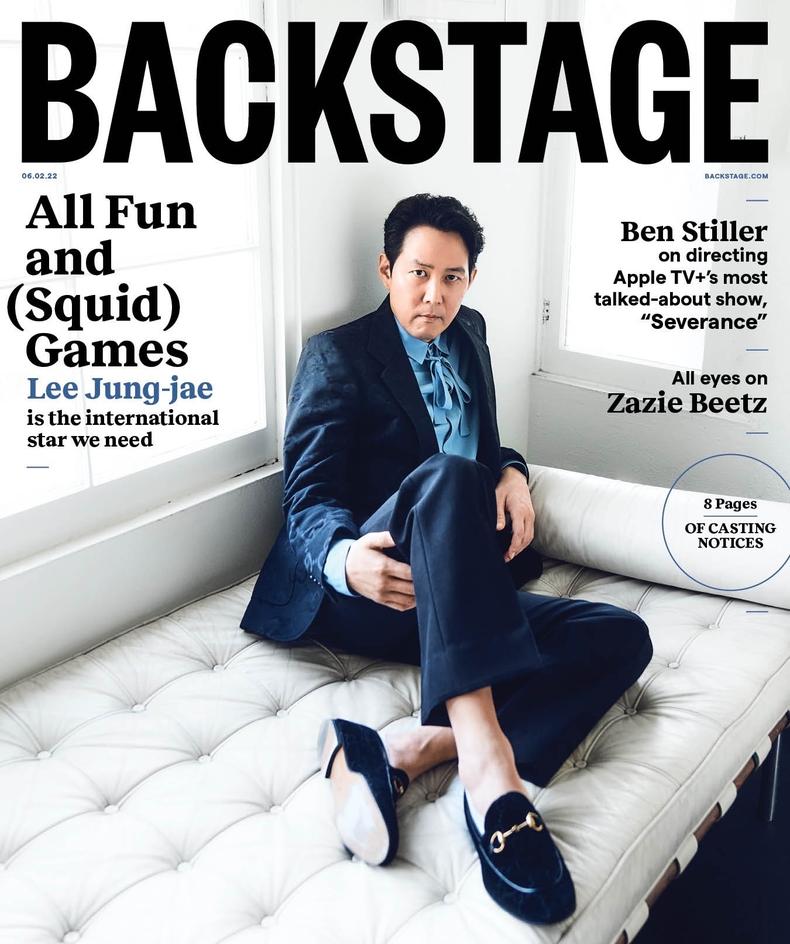 When asked to name an instance that best captures the spirit of “Squid Game,” Lee again forgoes any pulse-pounding set pieces. Instead, he describes a scene in which all the contestants, while eating and drinking together, begrudgingly bond with those around them. Suspicions thaw into camaraderie, even though it may be short-lived.

“When I was shooting that particular scene, I don’t think I felt it then; but now that I look back at it, I just feel like that’s such a beautiful moment,” Lee says. “I think it was then I got the sense that we’re going to be great together. I remember thinking at the time: I’m in the presence of a great group of people here.”

The world of “Squid Game” is one where cruelty is not only expected, but encouraged. But the bonding Lee describes is at the heart of the show’s ethos—and it’s a concept that applies in acting as well as in life: There’s strength in numbers.

Photographed by Shayan Asgharnia in L.A. on 02/27. Styling by Gianna Hwang. Hair and makeup by Mina Park. Dark suit: All Gucci. Light Suit: All Dior. Cover designed by Ian Robinson. 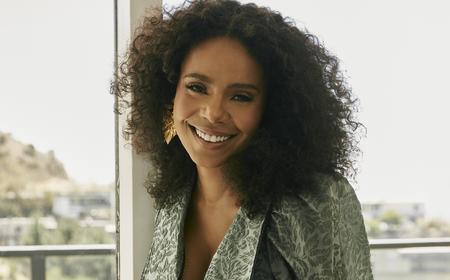 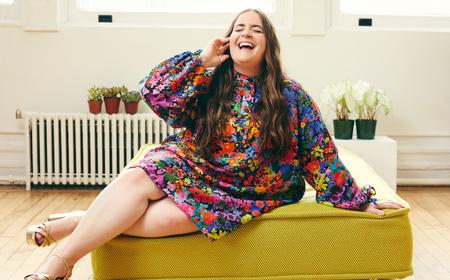 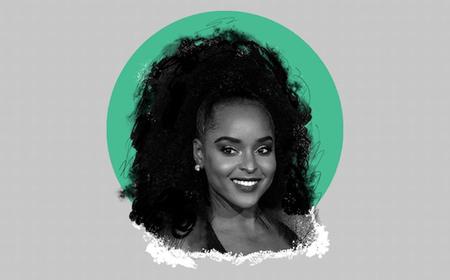 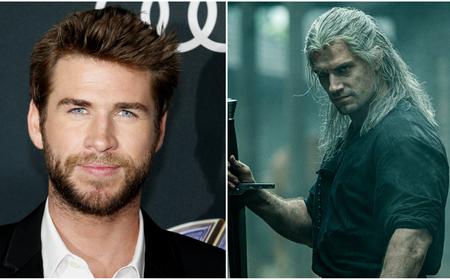