Actors Must Learn to Love Pushing the Rock Uphill 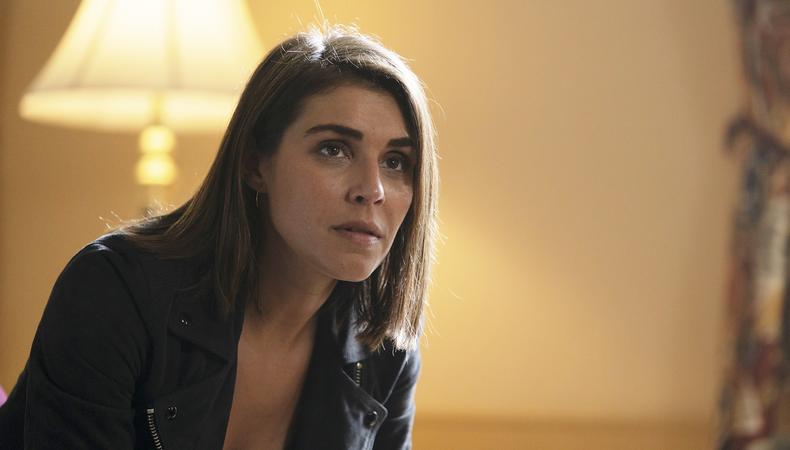 The following Career Dispatches essay was written by Lili Mirojnick, who can currently be seen starring as the female lead in Syfy’s “Happy!”

“She was great—she’s just not the girl.”

I was born into this business. Growing up on set with my costume designer mother wired my DNA differently—probably from conception. I guess it’s nature vs. nurture; I didn’t have to learn how this business worked once I started, I already just knew. I’ve always known how much is completely out of an actor’s control. But it’s weird, for a control freak like myself, I’ve never been totally bogged down by it. It’s given me the opportunity to, essentially, see the forest through the trees. All the roadblocks, all the things I have absolutely no control over, I’ve just magically been able to let go of. And I’m not some Zen master, either. It’s just that when it comes to this one particular part of my life, I can simply let go.

READ: 5 Tips on How to Handle Rejection

That doesn’t mean that I live in a 100 percent peaceful mind, though. I have “shitty actor thoughts” like we all do. I get super frustrated when I have multiple auditions in a week—surely, I must book one of them—and I don’t book any. When I haven’t had an audition in months, I get bored and depressed. Am I ever going to work again!? Those thoughts always creep in, but there’s a difference between thoughts and beliefs. Shitty thoughts happen, but I believe in myself. I believe in what I do. I always believed success wasn’t a matter of “if” but “when.” Still, it’s hard to fully just let go.

I took control of whatever I could in my career. I went to conservatory. I did mailings. I self-submitted. I was always informed. I was always working on something. I made tapes. I was in class. I put my pride on the shelf and reached out to anyone I’d ever met to ask if they could help me get a meeting with an agent or manager. But I knew that even after doing anything and everything, it didn’t mean the work would just magically appear.

It’s beyond frustrating. To me, hearing “she was great—she’s just not the girl” was simultaneously the best and worst feedback I could get. Sure, a casting director thought I was “great.” Whoopty freakin’ doo. I couldn’t do anything with that! I had no control over it. I mean, if they’d said, “Her comedic timing is off,” or, “I could see her acting,” I could work with that. That’s something to actively work on. Isn’t that why we like feedback? It’s constructive. But “not being the girl” does nothing; I can’t change who I am. I can’t change my essence.

It’s hard to simply accept that. We so desperately want the job. We know we can be that character—why can’t they see what we see? I’m sure this is hard for some to hear, but it’s because it’s not all about us! It’s a collaboration in every way. Whether theater, film, television, web series, commercials—it doesn’t matter. There’s many other jobs involved, and they all serve a specific purpose.

We as actors can’t control anything other than what we do and what we bring to the table. It doesn’t matter how much work you put in or how prepared you are. Just because you didn’t get the job doesn’t mean you weren’t good, it just means you weren’t right. There’s a huge difference.

When you’re pursuing a career in acting, it’s gotta be for the long-haul. You have to enjoy the journey. You have to celebrate the small victories. If you’re just in it for the end result, you have a really difficult path ahead. Richard LaGravenese was honored a few years ago with the WGA Career Achievement Award and talked about the myth of Sisyphus. (He was the one who was condemned to push the rock up the hill for all eternity and every time it would reach the top, it would roll back down.) LaGravenese advises creatives to “love the pushing of the rock.” And truly, I think that says it all.

All you can do is be ready. Push the rock. Take the class. Do the work. Make the tape. Be YOU. Be OK with that. Then the day will come when you will be “the girl.”