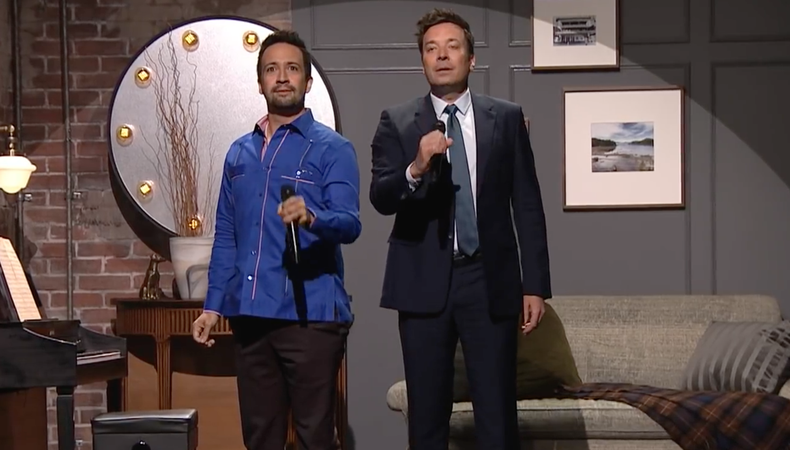 “The Tonight Show” host Jimmy Fallon, “Hamilton” creator and star Lin-Manuel Miranda, and a slew of other Broadway stalwarts hit the late night stage last night to celebrate the joy (that we are all feeling) ahead of Broadway’s imminent return in September. “Broadway’s Back,” a parody of “You’ll Be Back” from Miranda’s hit musical, paid tribute to the new and returning shows that will soon, finally, be back in their rightful homes.

The first half of the number referenced some of Broadway’s biggest hits and classics, with odes to “Aladdin,” “Wicked,” “West Side Story,” “Phantom of the Opera,” and more. For the latter half of the song, the duo were joined by a few living Broadway legends including Olga Merediz, Phylicia Rashad, Kristin Chenoweth, Christopher Jackson, Laura Benanti, and Jimmy Smits. As the stars gathered to break into a chorus of “la la las,” confetti dropped from the air over the audience and performers because, as Fallon says, “When there’s confetti, there’s a party!”

His final words? “Broadway is back!” And for that, we can all do a little song and dance. Watch the full video below: