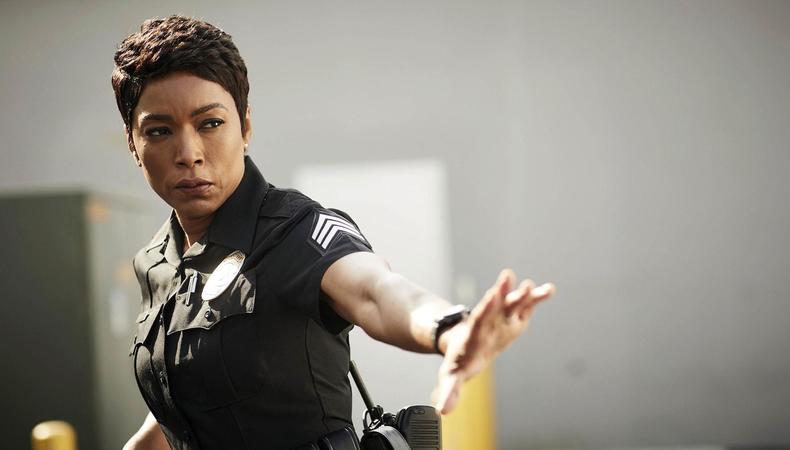 Did you celebrate International Women’s Day? If you didn’t have a chance to do something special to celebrate the ladies, check out the events below for a few that highlight the emerging works of female filmmakers and one special evening with the goal of diversifying roles for women and minorities in film and television.

Check out the latest series from Ryan Murphy and Brad Falchuk, starring Angela Bassett and others.
The magical assemblage of TV creators Ryan Murphy and Brad Falchuk has birthed epic shows like “American Horror Story” and “American Crime Story” (along with “Glee,” lest we forget). Now, the pair, joined by Tim Minear, introduces a brand-new procedural drama about the lives of L.A.’s first responders, “9-1-1.” Join members of the cast, including Angela Bassett, Peter Krause, Jennifer Love Hewitt, Kenneth Choi, and others, on March 17 for a conversation about the show as the SAG-AFTRA Foundation hosts a special screening. If this series goes the way of other Murphy/Falchuk creations, you could be witnessing the birth of a phenomenon. (Free for union members)

See new works by female filmmakers.
Celebrate women behind the camera with this month’s NewFilmmakers L.A. offerings. Comprised of two shorts programs and an L.A. feature premiere (award-winning director Pearl Gluck’s glimpse into sex trafficking at truck stops, “The Turn Out”), the evening shines a spotlight on female directors and works that speak to the struggles and opportunities being a woman in film represents. Each segment includes a pre-reception and a Q&A with those involved in these timely and important works, so you’re sure to walk away with crucial insights from these talents. ($10–15)

Celebrate the 40th anniversary of an Academy Award–winning film.
When it premiered, “Kramer vs. Kramer” broke new ground in the way it portrayed gender roles within marriage and, more drastically, its lifelike rendering of a messy divorce. This year, the Oscar-winning Best Picture turns 40; if you’ve never seen it, head to the Laemmle Royal on Santa Monica Boulevard on March 14 for a special anniversary screening and a Q&A with co-stars Justin Henry (who played the 6-year-old son of Meryl Streep and Dustin Hoffman) and JoBeth Williams. Today, the sources of drama have certainly shifted in new directions, but for its time, this film shook the foundation of an industry. ($12–15)

Help Breakthrough Readings diversify the entertainment industry.
Though it’s easy to think that things in the entertainment industry look bleak for women, minorities, and people of color, there are some really exciting grassroots efforts trying to shake things up. One is Breakthrough Readings, a new series where actors are actively cast through cold readings throughout a night (March 20). All six writings (per program) cater to roles for women and the minority experience in an attempt to diversify the industry. And, as a bonus, entertainment folks from directors to producers to fellow actors are invited, which makes it an excellent environment to network. ($10–15)