What to Do in L.A. Ahead of the Oscars 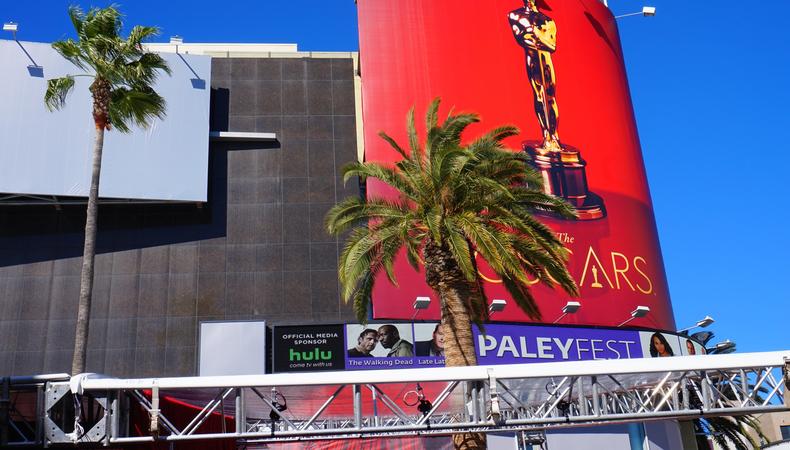 As the city gears up for the Oscars, actors know that as fun as celebrating is, the work behind the scenes in Hollywood never stops. We’re here to enhance your career goals for 2019 with a specialized workshop and opportunities to hear from established directors—whatever they may be.

Hear how Adam McKay brought Dick Cheney to the big screen.
Director and writer Adam McKay’s take on Dick Cheney in “Vice” is an entertaining and sometimes uncomfortably humanizing look at the former vice president. It’s garnered tons of awards buzz for good reason—Christian Bale’s uncanny transformation into Cheney alone is staggering. If you have yet to see this bio-ish-pic, head to SAG-AFTRA Foundation’s screening on Feb. 16. Afterward, McKay sits down with Variety’s Jenelle Riley to discuss the film and give insight into how it all came to be. (Free for union members)

See all the Oscar-nominated documentary shorts in one night.
We’re still about a week-ish out from Hollywood’s biggest night, but make sure you’ve completed your requisite Oscar viewing by catching the nominated documentary shorts. On Feb. 20, American Cinematheque is hosting a marathon of these films, which range from seven to 40 minutes, at the historic Egyptian Theatre. Don’t miss the opportunity to see a range of topics brought to the big screen by filmmakers from the U.S. and U.K.—many of which are immediate and jarring reminders of the world’s landscape told with beautiful filmmaking. ($8–12)

Go inside a new film about Harriet Tubman with the director herself.
From Dick Cheney to a woman who showed true bravery in the face of dire circumstances and unspeakable oppression, director Kasi Lemmons’ new film tells the true story of abolitionist and activist Harriet Tubman. Celebrate Black History Month as Lemmons joins Greenlight Women for a champagne brunch at the lovely London Hotel to discuss “Harriet,” her upcoming film about Tubman starring Cynthia Erivo, whose story remains both as inspiring and immediate as ever. She’ll also touch on her past works, which include films like “Eve’s Bayou” and “Black Nativity.” ($75)

Poke around Walt Disney’s creative hideaway.
Los Angeles certainly has no shortage of Disney events, but few take you right back to where it all started quite like this one. When Walt Disney built a small-scale railroad in his barn in Holmby Hills, it served as the inspiration for Disneyland down the road… er, track. That barn (and that train) is now located in Griffith Park, and on Feb. 17 (and every third Sunday, in case this week doesn’t work out), it’s open to the public. Poke around Disney’s office, learn about his passion for trains, and soak up his creative energy to inspire your own projects. (Free)

Get tips and tricks to make 2019 your year as an actor.
If you’ve been in the entertainment biz for more than, oh, an hour, you’ve likely discovered how crazy competitive it can be. Having a “thing” that helps you stand out (a brand, a story, etc.) is key, and on Feb. 16, film producer and best-selling author Phil Cooke will share the “power of positioning” in entertainment during a workshop entitled How to Move Your Entertainment Career Forward in 2019. It’s still early in the year, so it’s the perfect time to revamp your strategies to make it all happen. Even better—enter the code BACKSTAGEVIP at checkout to receive 25 percent off the admission fee! ($40)