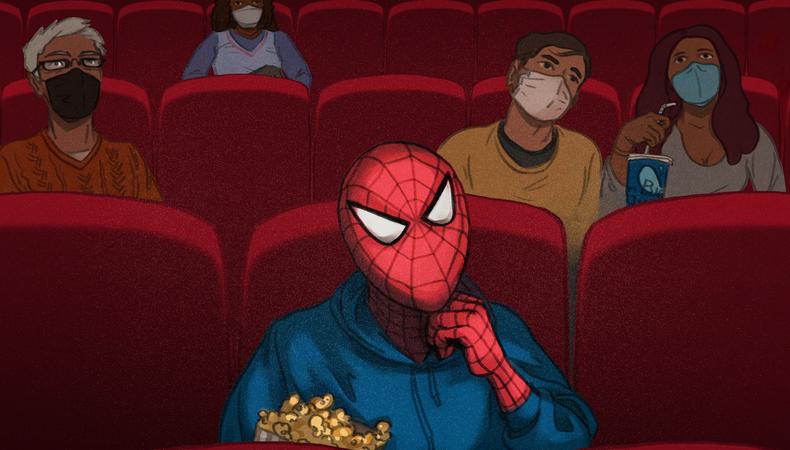 It’s been a roller coaster ride to calculate box office trends for the last two years. The way we view first-run movies has completely changed over the course of the pandemic due to theaters closing, isolation directives, and distributors taking films straight to streaming.

For years, critics and film executives alike have been looking for the magical formula to draw audiences in. Since its release in December, “Spider-Man: No Way Home” has grossed over $700 million domestically (as of this printing). Internationally, it has become the eighth-highest-grossing movie of all time.

Those would be huge numbers even in nonpandemic times. And it’s a trend we’ve seen across the board. In 2021, five of the 10 top-earning features were Marvel properties, and of the remaining five, four were franchise sequels or reboots. (“Free Guy,” in 10th place, was the only original property.) And generally, the projects that have earned money at all fall into the genre space that includes action, superhero, and kids’ movies.

These aren’t the only films studios are greenlighting, but they are the ones the industry is placing its bets on and spending millions to market. The numbers indicate that these days, the only surefire way to attract an in-person audience is to book an “event” movie like “Spider-Man” or “F9: The Fast Saga.” It begs the question: Are these big-budget, hyper-produced films the only ones we’ll be seeing on the big screen in the years to come? I certainly hope not.

As audiences, we’re still in search of good stories. We want to see ourselves reflected in a way that exposes our flaws, vulnerabilities, kindness, and quirkiness. As a casting director and producer, my taste veers toward smaller movies without special effects that tell personal stories—ones like 2021 indie “C’mon C’mon.” While these films have never made a killing at the box office, I believe that with all the streaming platforms available, these stories will still be told in some fashion. But especially in our current situation, predicting a long-term trend is nearly impossible.

Actors may wonder how all of this affects them. Projects with Marvel present a huge opportunity for any performer, but there are still many other roles to fill in film and television. Lower-budget movies, indie films, and limited series are all booming.

That said, should you be training specifically to become an action hero? Your craft would be better served by focusing on the priority of all stories: We need to see actors telling their truth. Physical fitness is important in this field, but so is imagination—especially if you end up being cast in movies with special effects. When you’re on a soundstage surrounded by green screens and you have to react to a tennis ball that represents a giant asteroid coming toward you, your imagination is your best friend.

I’ve always encouraged actors to tap into their inner child. Remember when you created a whole universe in your toy box? Acting is sometimes the same thing. We can’t care about looking like clowns; we are at play. As an adult actor, those childlike skills are just what you’re looking for.

Marci Liroff
Known for her work in film and television, producer, casting director, and intimacy coordinator Marci Liroff has worked with some of the most successful directors in the world. Liroff is also an acting coach, and her three-night Audition Bootcamp has empowered actors to view the audition process in a new light.
END_OF_DOCUMENT_TOKEN_TO_BE_REPLACED