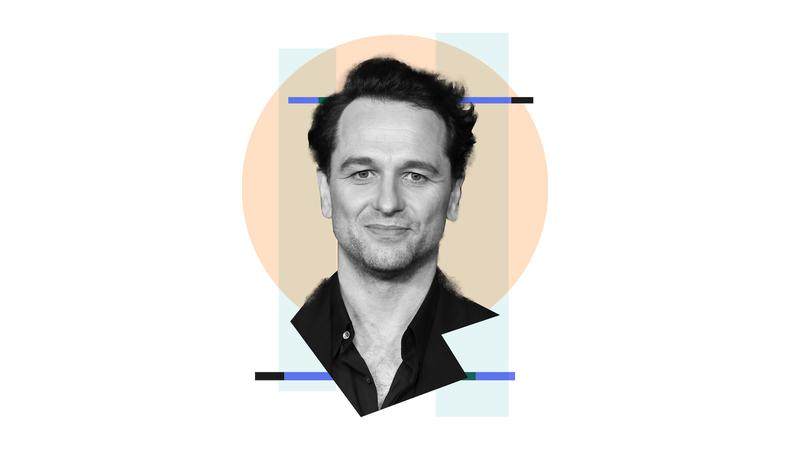 Last summer, two years after the series finale of FX’s “The Americans,” which earned him an Emmy for his portrayal of Russian agent Philip Jennings, Welsh actor Matthew Rhys returned to television to put a new spin on famed fictional private investigator Perry Mason. On the HBO series of the same name, which he also executive produced, Rhys brought tragedy and black humor to the character, netting a Golden Globe nomination for his performance.

What has “Perry Mason” added to your tool belt, both as an actor and a producer?
More so as a producer, I was privy to decision-making that I haven’t been allowed to [see] in the past. All those times as an actor when you bemoan certain production elements or the writing—all of a sudden, I had a voice and an opinion and input. That was incredibly refreshing and incredibly welcome.

“In my 20s, I spent so much time worrying about decisions that I had absolutely no influence or input [on]. I wish I could’ve told my younger self to enjoy a lot more about it, because I was so angst-laden.”

I read a Guardian interview with you from 2000 that ends with you imagining being 45 and wondering if you would still be acting then. How does it feel now?
Did I say that? Oh, God, that was 20 years ago. It’s funny, because the reality is there are moments now that I find myself in middle age and going, “Oh, my God, I’m still doing this. I’m still dressing up for a living.” I directed a little bit, and the producing I’ve certainly enjoyed, because it’s a new challenge, which at any stage is good. But if you find yourself middle-aged and you’re experiencing something new and challenging, it’s a lot more attractive. I’ve certainly thought if the directing and the producing increased or came up in volume, more so than the acting, then it would certainly be something I would push for. 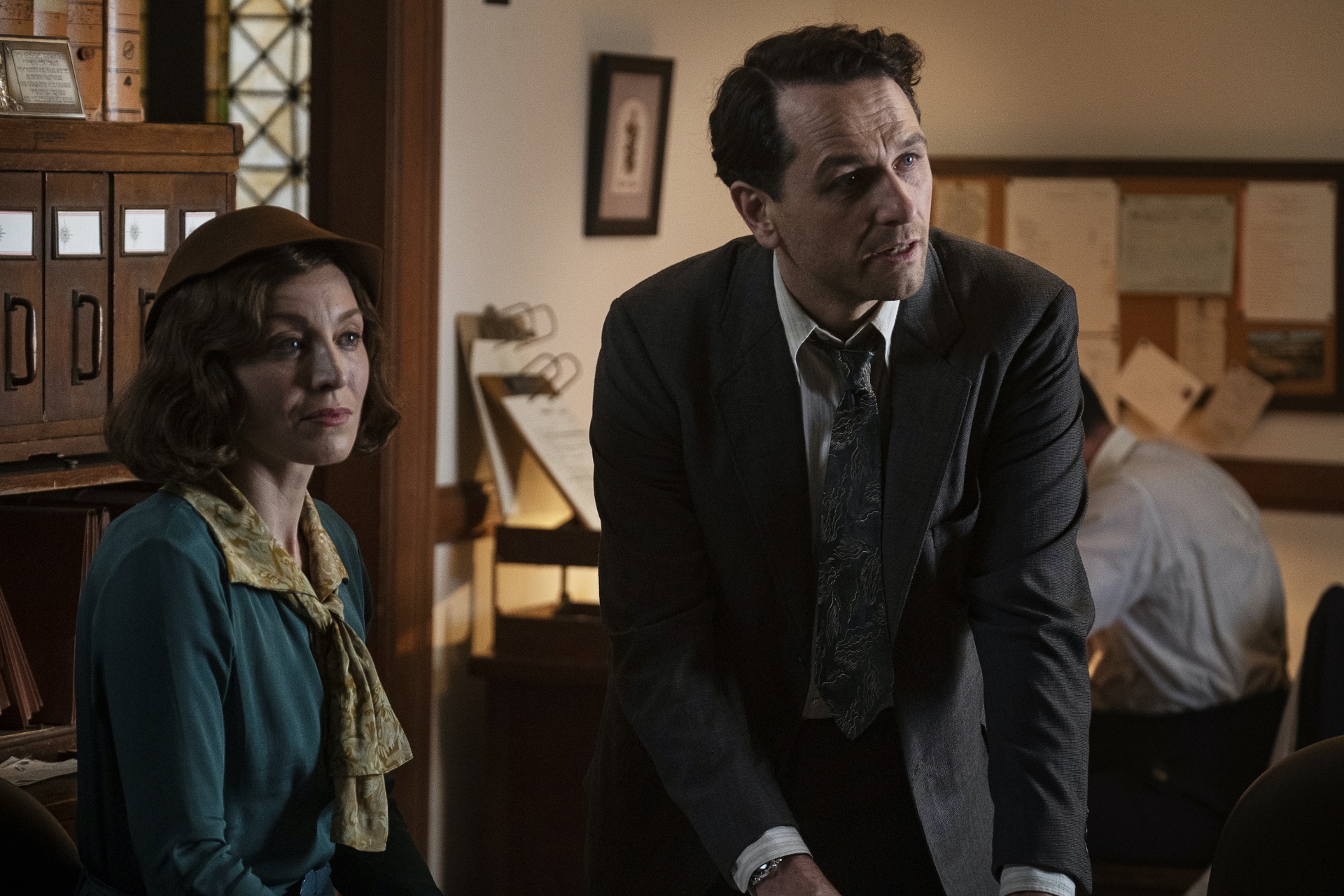 What advice would you give your younger self?
In my 20s, I spent so much time worrying about decisions that I had absolutely no influence or input [on]. I wish I could’ve told my younger self to enjoy a lot more about it, because I was so angst-laden.

What is your worst audition horror story?
I remember I went into a very famous casting director’s office, and I could hear her on the phone. I sat there for quite a long time, and I could hear her having this heated discussion. Eventually, the assistant came out of the office and said, “Come in.” I gingerly follow the assistant as I’m still listening to the casting director talking with someone on the phone. I walk in, and the casting director looks me up and down, then looks at the assistant and shakes her head. Then the assistant goes, “Thank you so much for coming in,” and ushers me out. I literally hadn’t taken a breath. As brutal as it was, it was important. You’ve got to [grow] this rhinoceros hide in order to just be rejected—not just week after week, but day after day sometimes. You can do two or three [auditions] a week. I went a whole year without working, and being rejected that many times takes its toll.

Did you have any memorable survival jobs during that year?
Not really. I had come off of a big job. I just did “The Graduate” in the West End with Kathleen Turner, and I thought, very arrogantly at 25, like, Oh, I’m set! I was just in this huge West End show, it was the toast of the town, [with] Kathleen Turner, [and I] met all these amazing people after the show. I am on the road!

I was passing an Army recruiting office, and there was a color sergeant outside, and I was looking through the window absent-mindedly. And he said, “Why don’t you come in for a chat?” And I went in. At this point, I had been a year out of work, and I had this conversation with this color sergeant, and he said, “Come back next week and have a chat with an officer.” So I came in for a second interview, and this officer had this suspicious look of: “Why do you want to join the Army?” I don’t really want to join the Army, but I’m kind of falling into this thing where this guy’s like, “Let’s have a chat.” Then this officer is like, “Do you want to join the Army because you’re going to play a part in the Army?” Well, no, because I would be stuck in the Army for four years. I can’t do it for research and leave. A few days later, I got a letter of rejection from the British Army, and I was like, Oh, my God, I can’t even get a job with the British Army.

What’s the wildest thing you’ve ever done to get a role?
I lack the originality that some actors have in going, “Oh, I know an interesting way that will get this director’s attention.” I remember back in the old days, research was when you went to a library and read books about a subject. You didn’t look at YouTube, which basically can give you any piece of research you need about any part, accent, character, [or] movement. I’m like the old guy now, going, “Young actors don’t know how good they’ve got it now with YouTube! All they’ve got to do is [go to] YouTube, and there it is!” It’s insane, because I remember back in the early days trying to nail regional accents in Britain. I used to get on a train with a tape recorder and stay in a bed and breakfast somewhere for two nights, recording local people and going back and listening to the tapes. Now, you can go to YouTube and listen to any accent or dialect you want.

How did you first get your Equity and SAG-AFTRA cards?
When I was in drama school, there was a film being cast, and they were looking for young Welsh lads around 20 years of age. There wasn’t a huge number of us in London at the time, and I was lucky [that,] while at drama school, I got this part in this film. That was my Equity card. The first job I got after the year where I couldn’t get work was this limited series with Bob Hoskins and Peter Falk, “The Lost World.” At the end of it, Peter Falk said, “I’m gonna do a ‘Columbo’; do you want to play the bad guy?” Two weeks later, my agent got a call and said, “Peter Falk’s been on the phone, and they want to offer you a part in a ‘Columbo’ TV movie.” He was true to his word. He met me at LAX and picked me up. He got me my SAG card.

What’s one performance every actor should see and why?
A movie [performance] that really fired me [up] to want to become an actor was Richard Burton in “Look Back in Anger.” I encourage anyone to watch his performance in that—just someone who was in command of his talent and his understanding and masterfulness of language.