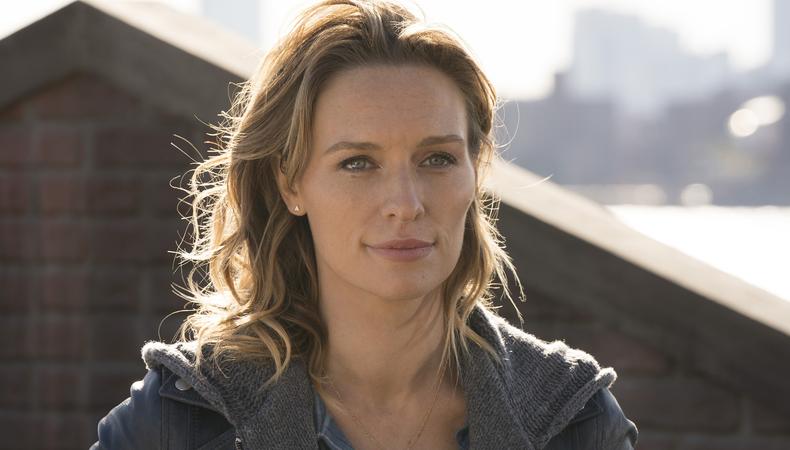 The following Career Dispatch essay was written by Michaela McManus, who can currently be seeing starring on “The Village” on NBC.

“It’s gonna be OK.” If I could go back to the beginning and somehow come face to face with my 23-year-old self, that’s what I would say. And I’d probably give myself a big long squeeze while I said it. What a time that was: 23-years-old.

I grew up in Rhode Island as the shyest kid with the biggest dream. When I was little, my brothers and sisters and I would watch my mom on stage at local theaters. That feeling of sitting front-row-center all dressed up and proud of my mom really left an imprint. And when I finally mustered up the courage to try it myself, this magic happened—the shy kid disappeared, and someone else took over. It was exhilarating and a total escape. I was hooked.

When I left high school, I had a whole career mapped out for myself. I was going to move to Manhattan, major in theater at Fordham College at Lincoln Center and hit the ground running, whatever that meant. That’s just what I did; I was ready and eager and never turning back.

After graduation from Fordham, I was accepted into New York University’s graduate program for acting. I felt like I had everything figured out and I was right on track, playing the long game. But then, a twist of fate, and the plan I had so carefully crafted took a turn. While playing Harper in “Angels in America” during my second year at NYU, a casting director reached out and asked me to come in and audition for a television show. Technically, auditioning outside of the program was against NYU’s policy, but I couldn’t resist. A couple months later, I got a test offer, which I was able to parlay into agent representation. It was a huge moment for me, and I was thrilled. I remember thinking that this was it; but it was also heart-wrenching for a number of reasons. I would have to decide between testing and staying at NYU. I was never much of a rule-breaker, and I had spent a ton of time and money on pursuing my master’s degree. I believed in the value of training, and I was proud to be a student in that program. On the other hand, this opportunity felt like fate was knocking. I was at a major crossroads and whatever decision I made, it was clear there was no going back.

In a move that was completely unlike me, I left school, flew to L.A., crashed on my friend’s couch, and went to my first test. “Leap and the net shall appear,” right? Except that net didn’t turn up. I didn’t get the part. It was a crushing blow that was the first of many—all in rapid succession, as it turned out. I tested for seven shows that first pilot season and didn’t get any of them.

Just like that, I was a drama school dropout with a mountain of student debt, in what felt like rejection boot camp. This was not the plan! It was terrifying. I was pretty sure my stomach would be forever twisted in knots. Somehow, I pulled it together and kept going, and six months later, this glorious thing happened: The net appeared. I got my first part on a show called “One Tree Hill.” I cried when I got the call, and I’m pretty sure my agent did, too. The knots slowly unwound. That first job was everything for me. I could finally exhale.

In the months and years that followed, the knots would come back, but so would the exciting opportunities. The thing is, no matter how much experience you’ve had or luck you’ve collected, you’re always going to find yourself back on that ledge. To succeed as an actor, you have to take that leap over and over and over and over again. Sometimes you’re going to feel like you’re falling forever before the net appears, and you never stop worrying that one of these days, it might not show up at all. Nobody ever guarantees that you’re going to work again. This can be a crazy-making, pull-your-hair-out, scream-on-the-rooftops kind of life. It comes with a lot of heartbreak, which is why it’s also important to fill that life with all the other things that make you happy. Family. Friends. Travel. Happy hour margaritas with girlfriends. Hiking with your dog at sunrise. Acting can be fulfilling, but you won’t always be acting.

So, if I happened upon young me traipsing along the streets of New York with no idea of what was to come, I’d say something like this: “Hey, kid, you’re gonna get your heart broken a million times, but if you trust your gut and keep putting one foot in front of the other, that phone is going to ring with good news. And every time it does, whether you’re 23, 27, 31, or 35 years old, you’ll feel just like that shy teenager on stage in Rhode Island who found the thing she loved when the lights came up and the audience hushed and everything came alive. It’s gonna be OK.”