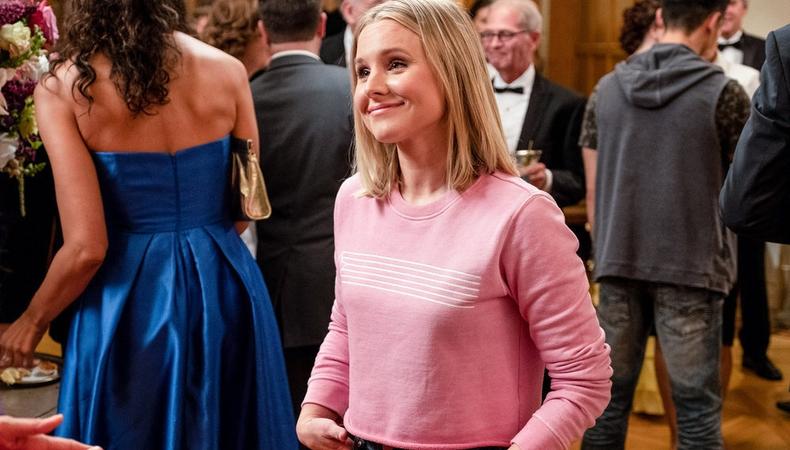 “The Good Place”
It seems we’re in The Good Place, after all, especially now that filming on the fourth season of the hit NBC series has begun. “The Good Place,” starring Kristen Bell, Ted Danson, D’Arcy Carden, Jameela Jamil, William Jackson Harper, and Manny Jacinto, is back in action and filming this week in L.A. at the A.G. Bartlett Building on S. Spring Street and at 217 W. 6th Steet. NBC renewed “The Good Place” in December for its fourth season, which is set to premiere this fall. Allison Jones is the series casting director. Read her comedy casting tips at Backstage here!