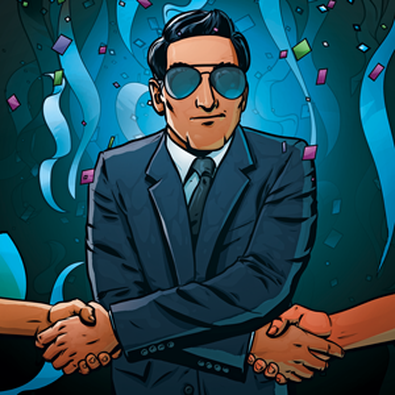 How many times have you been told that an acting career is all about networking? I’m guessing about a million and one, right? Well, there’s definitely a lot of truth to that statement, and you’d be a fool not to take it seriously.

If you want to be successful, working on your craft should be your number one concern, but let’s face it: Talent is not enough. That’s why you have to know how to network.

But what exactly does “networking” mean? Some actors believe it’s about going to the right parties so they can meet the right people. Others think it’s all about kissing the right asses. Those are both valuable skills, but sorry, they have nothing to do with real networking.

Simply put, networking is creating relationships with industry professionals who might be able to help you in a direct or indirect manner.

Let’s put that definition into a real-life scenario. Imagine you’re at a party. You meet an agent or a casting director or any other industry professional. What do you do? What don’t you do? The correct answer involves three basic steps:

1. Don’t ask for anything!
When I meet an actor at a party, that actor will usually ask me about representation inside of five minutes. It’s such a rude thing to do, especially in a social setting, but it happens all the time.

The key to creating a relationship with an industry professional is to never, ever ask for anything right off the bat. That type of behavior will alienate us. It makes more sense to forge a connection over an extended period of time.

2. Find common ground
I’m not suggesting you lower your eyes and walk away if you meet me at a screening or a strip club. It’s perfectly fine to start a conversation, but that conversation shouldn’t be about your career. Instead, consider having a normal back-and-forth that gives me a chance to get to know you.

And yes, it’s perfectly fine to admit you’re an actor, but that’s not the common ground you’re looking for. You want to discover a link between us that doesn’t have anything to do with acting. This can be anything. Maybe it’s a shared interest. I’ve had actors bond with me over something as simple as a favorite restaurant.

3. Stay in touch
The next step is using that common ground to stay in touch. Doing this might not lead to representation but you’ll have a genuine connection with someone in a position to give you reliable advice and information. That alone is valuable in a business where actors are surrounded by ignorance and lies.

Networking is creating relationships with industry professionals who might be able to help you in a direct or indirect manner.

The word “might” is a crucial part of that sentence. Not all relationships have a payoff. So don’t spiral into a suicidal depression if I don’t return your e-mail after we bonded at a party.

In a perfect world, every actor would be judged on talent and nothing else. But the business doesn’t work that way. That’s why the ability to network should be right up there with your ability to create a character.