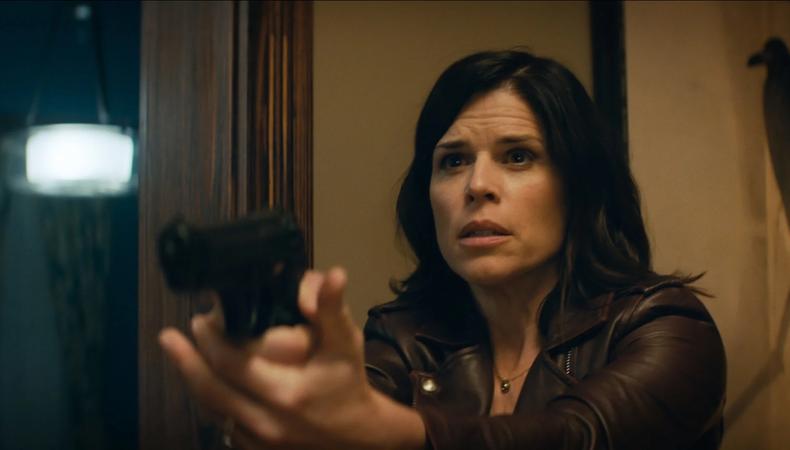 Neve Campbell is no stranger to running in movies. But even before she made a name for herself escaping Ghostface in the “Scream” franchise, she fled a very different—and very real—danger on a film set: a bear.

“I was playing this role where [my character was] ‘one with the animals,’ and there was a scene where I was getting chased by a bear,” Campbell said of one of her early jobs, during a recent appearance on “The Kelly Clarkson Show.” “They brought this bear on set, and they first gave me this big bottle of Coke to feed it…. [Then] they said, ‘Dip your hand in honey and just run. When you get to the tree over there, turn around and stick your hand out.’ ”

Being only 17 at the time, the young Campbell assumed that the production team had everything under control. They did not.

“I dip my hand in honey and I run to this rock, and I turn around and I put my hand out. And the bear is not slowing down, and he’s not coming for my hand,” she continued. “He grabs me by the leg, and he pulls me through the forest. My mother happens to be visiting set, and she’s screaming. The whole crew is frozen because nobody can believe what’s happening. All I can think to say is, ‘He’s biting me!’ Like it’s not obvious.”

RELATED: Keeping Yourself Safe During Auditions

Eventually, the set’s bear wrangler had to “just start throwing rocks at the bear” to divert it away from the actor. This attack took place several years before Campbell’s 1996 debut as Sidney Prescott in the original “Scream,” which instantly made her a household name.

Recounting the anecdote today, Campbell is good-natured. But when actors get taken advantage of or are not properly protected on set—especially those who are young or new to the business—it’s no laughing matter. If you, as an actor of any experience level, ever feel unsafe in a working environment, it’s imperative to advocate for yourself (which is not an easy thing to do) or find someone on set who can do it for you.

For tips on how to protect yourself, visit here or here.