How to Protect Yourself From Shady Casting Situations 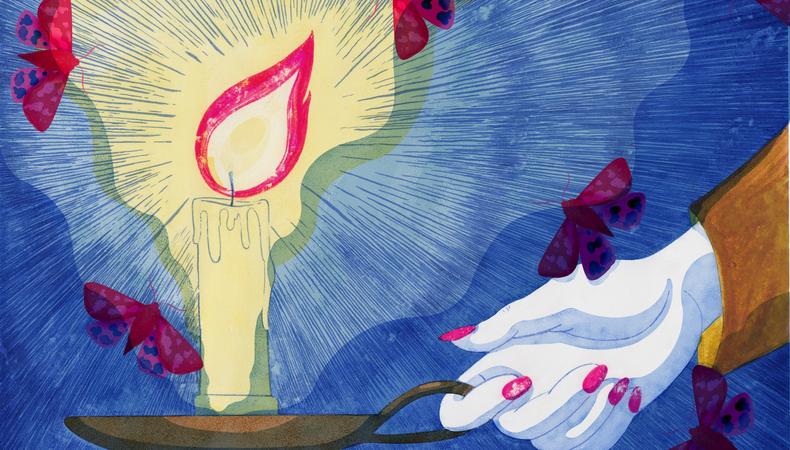 When the Casting Society of America’s London branch launched in 2017, Nancy Bishop was tapped to lead as well as bring support and programming into the United Kingdom and Europe. She works between London and the Czech Republic as a casting director, but travels around the continent educating fellow casting directors and actors alike on how to get the most out of their careers, how to protect themselves from being taken advantage of in unprofessional situations, and how to make the industry bigger and more accessible at the same time. She spoke with Backstage about casting across borders and what actors should look for when putting their trust in industry pros.

How has casting changed when it comes to location?
There’s no doubt that casting across borders is happening, and if someone finds an actor that they like, the production will get their paperwork for them. I’m casting outside the box all the time for my projects. I’m working on a project called “Whiskey Cavalier,” and I’m covering all of Europe. I was just writing to an agent in Kiev. I think we’re all doing it; expanding the search will help actors.

What are some challenges for actors looking to expand the regions where they work?
I tell everybody to be proficient in the art of self-taping. You have to practice, be good at it, and be ready and set up to do it. Have a neutral wall, good lighting, and good sound. You can even do smartphone casting, but you have to be ready. Unfortunately, sometimes it’s about who gets the tape in the quickest. TV, in particular, happens very fast—we get the script and have to respond very quickly, and that makes looking internationally tricky at times. There could be a really good actor who doesn’t get a tape in on time and can’t be considered.

What do you tell actors who are looking to get work outside of their region?
Always mention different regions you can work [in]. For example, if you live in Los Angeles but are from another part of the U.S., note that you have accommodations where your family lives. I tell actors to do that for the U.K., as long as they’re legal to work here. I also encourage actors not to hide their identity. I don’t think it’s the case anymore that you must Anglicize your name to get work. In the industry and CSA, we are all about internationalism and intersectionality, diversity and inclusion.

READ: CSA President on What You Should Know About Casting in the U.S. and U.K.

What is the advantage to actors to have CSA members all over the world?
If we’re casting Russian actors, it’s an advantage to have somebody to call on. When we’re looking for somebody in Russia, we know this person is working there in a professional way and is not taking a commission.

What advice do you have for actors to protect themselves in regions that don’t have as big of an industry presence?
When you’re going to an audition, look up the casting director and make sure they’re legitimate. You might find yourself at an audition where you think the person is a little dodgy, but it could be a good project. I’m not saying don’t go to the audition, but be informed and educated about who you’re meeting. See if they’re on IMDb or in one of the casting networks or guilds. If they’re listed as a casting director but they have clients, that is weird; a casting director shouldn’t have actor clients. Make sure when you get an agent to represent you, it’s someone who’s working strictly as an agent.

You created the International Support Committee within CSA. What is that?
I started that committee because there was so much crossover between casting and agent-ing, where actors must pay a commission when they are hired by a casting professional who also has clients. I sent a survey to the entire CSA, and a lot of casting directors in the U.S. outside of Los Angeles and New York and abroad were seeing this kind of thing, where the two different professions were muddled. The committee began to provide support for those who are in CSA and all these casting directors to guard the professional practices of casting directors.

What do you hope the future of international casting holds?
I’m hoping that we see more professionalism and [we see] the professional separation of casting and agencies. I also want to see networks of agents throughout Europe who are really looking after the needs of actors. Actors really need someone to be in their corner.

Elyse Roth
Elyse is a senior editor at Backstage, where she oversees all casting news and features content, including her weekly casting director Q&A series, In the Room. She came to New York from Ohio by way of Northwestern University, where she studied journalism, and now lives in Brooklyn. She might see and write about awards-worthy films, but Elyse still thinks “Legally Blonde” is a perfect movie and on any given night is probably taking in some kind of entertainment, whether it’s comedy, theater, ballet, or figuring out what show to binge next.
END_OF_DOCUMENT_TOKEN_TO_BE_REPLACED