Karyn Kusama on Working With an Oscar-Caliber Nicole Kidman Performance 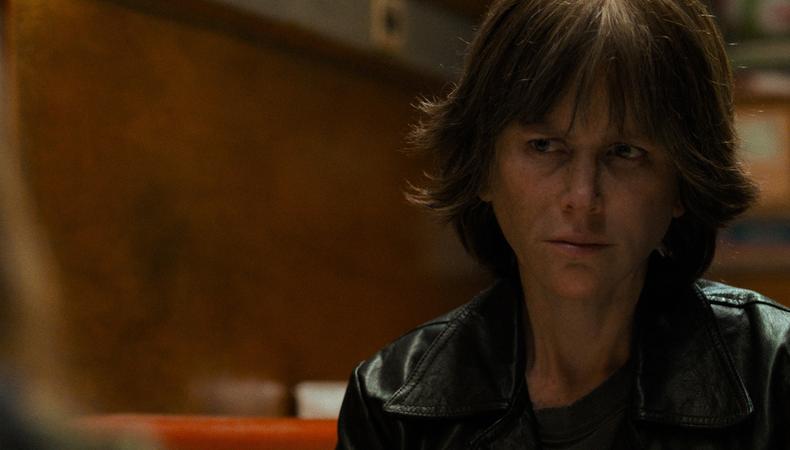 For Karyn Kusama, the foundation of directing lies in collaborative work with her actors. “Honestly, the reason I do what I do is to work with great actors,” she says. “Or to be with actors as they find their greatness.” Her latest film, “Destroyer,” offered the best of both prospects: a chance to work with one of today’s greatest actors, Nicole Kidman, as she finds even newer facets of her greatness.

The California-set crime thriller follows Erin Bell (Kidman), a weathered police officer who’s forced to come to terms with a years-old undercover assignment gone wrong. Tracing her way back through old associates and revisiting painful memories that made her into the broken, near-catatonic woman she is today, Erin battles the demons she lives with while ostensibly trying to solve a new case.

Kusama was intrigued by Phil Hay and Matt Manfredi’s script for the way it centered on a female character who is hardened, difficult, and unlikable. The “Jennifer’s Body” and “Girlfight” filmmaker says she’s always looking for characters who surprise her and who pull her in despite their obvious flaws. “That’s a mirror to me of real life,” she says. “We don’t love perfect people; we love imperfect people.”

And Erin is as imperfect as onscreen antiheroines get. Years of shock, grief, and alcoholism have turned her voice into a series of gravelly grunts, her social skills reduced to smithereens. Kusama admits that Kidman was not at the top of her list when thinking about who could play Erin. “But you know what’s amazing about Nicole? She imagined herself as Erin Bell,” she says, recalling how Kidman approached Kusama to say she was intrigued by the role. “And there was something about her openness and her anxiety and her kind of terror of the part that funnily enough made me feel like she could do it.”

Hay and Manfredi’s script, which is sparse and poetic, left plenty of room to imagine what Erin would look like. “Something that always came up in those descriptions of her was this sort of animal grace and animal woundedness.” That led to Kusama sending Kidman videos of a pack of coyotes trapped in the Silver Lake reservoir. She wanted Erin to have that same kind of animalistic physicality. “Even though Nicole is tall and gangly and, in fact, quite statuesque, I wanted it to feel like her body was something she had to pull along with her,” Kusama explains.

Asked whether Kidman ever let go of the fear and apprehension she’d first felt when reading the script, Kusama admits that the actor never showed it while on set. “I said it to her a lot, that I never felt she seemed scared. And she was like, ‘I’m always terrified!’ ” But that added to the unpredictability and spontaneity that makes up her work in the film. “She was never doing the same thing twice, [she was] always trying things. Somehow, she translated any fear and anxiety into something really constructive. It’s hard not to admire an actor who can make all of those disparate emotional threads inform her work.”