Noomi Rapace Works Through Past Trauma With ‘The Secrets We Keep’ 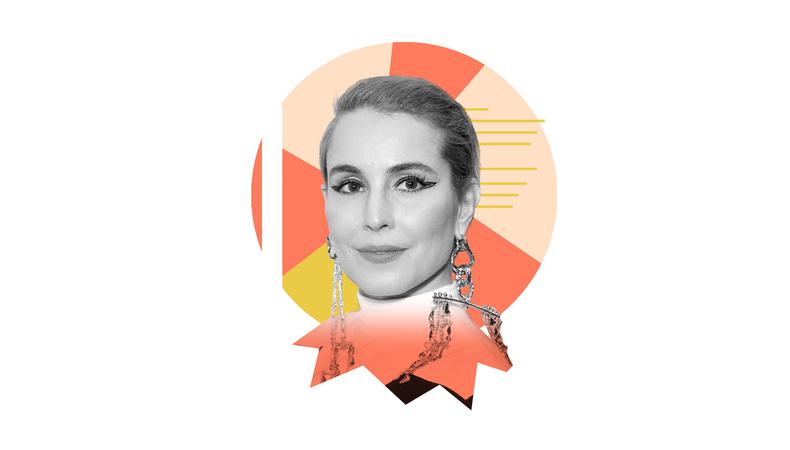 As both an actor and producer, Noomi Rapace feels a responsibility “to bring stories to life that might not be told if I don’t tell them.” It’s what led to her latest feature, “The Secrets We Keep,” which she stars in and executive produced; it’s now available on demand. Here, the actor talks inspiration, advice, and the extreme measures she took to land her role in “The Girl With the Dragon Tattoo.”

What performance should every actor see and why?
Gary Oldman [in anything]. I remember when I saw him as Sid Vicious [in “Sid and Nancy”], I couldn’t believe that he was an actor. And then I saw him in “State of Grace” and I thought, He’s just magnetic. Then I saw him as Dracula [in “Bram Stoker’s Dracula”] and thought, How is it possible this is the same person? And then I saw him as a director—he directed a film called “Nil by Mouth”—and I was so blown away. He’s just an incredible artist in every form.

“I can’t really be an asshole! I’ve never been an actual asshole, but I’ve been ignorant and restless and in my feelings sometimes. Stepping into the other side and being a producer, I can see more now why something can’t always work.”

Do you have an audition horror story you can share?
When I auditioned for Lisbeth Salander in “The Girl With the Dragon Tattoo,” the producer wanted me because he’d seen me onstage, but the director kept saying that I was too feminine. I don’t know if this is a horror story, but for me, it was quite shocking to hear that I was too pretty and too girly and too feminine. I was like, “Wait, are we talking about the same person?” They called me back, and I dressed in my husband’s clothes and I was fully dressed as a man. I went in and said, “When I bring this to life, I’m going to do a piercing here in my eyebrows. I’m going to do my nose; I’m going to add three more to my ears.” I just went in and presented this whole plan to him: “I want to get a license for a motorcycle; I want to learn how to do all the fight scenes; I’m gonna cut my hair.” I remember seeing him totally overwhelmed and like he didn’t really have a choice. I am her; I understand her; I know her. And he was just like, “OK, I get it. Fine.” 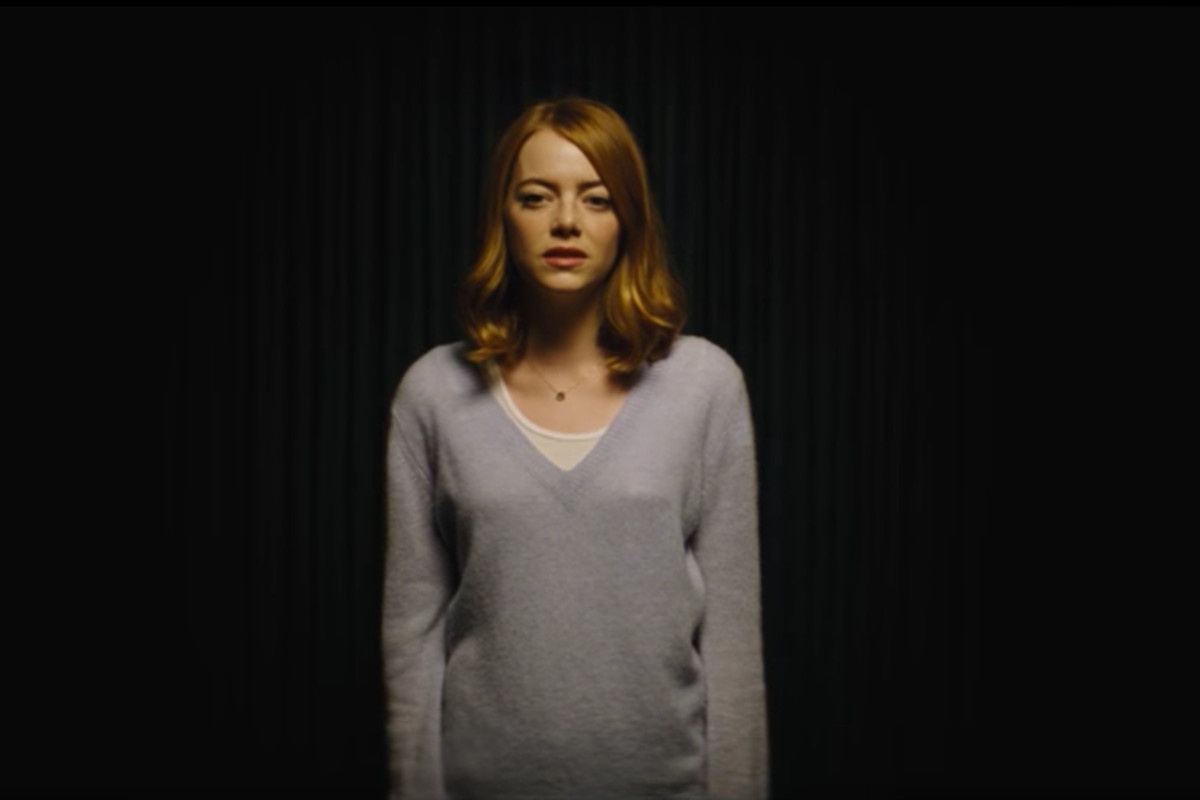 What You’re Doing Wrong in Your On-Camera Auditions

What’s the craziest thing you’ve ever done to get a job?
It’s not really getting a job, because I already had the role, but I was doing a lot of prep for a character, and I bleached my hair. I put in really long, ugly blond extensions. I lost weight, and I was doing research, I was spending time with people doing heavy drugs. It was a very intense period in my life, when I went really deep into this character—and then the movie fell apart three weeks before we were going to start shooting.

How did you get your SAG-AFTRA membership?
I think I was asked to join, and my team just asked me lots of questions and filled in the form. It feels a bit lazy!

What is the advice you’d offer your younger self?
I would tell Noomi to relax, chill. It’s OK. Don’t take yourself so bloody, deadly serious. I was so serious. I was so unkind to myself. I was very unforgiving toward myself. Now I try to have more fun with myself. I’m actually quite nerdy, and I’m stupid most of the day, and I allow myself to be.

Shifting to “The Secrets We Keep,” you had a huge hand in getting the movie made. Why was it a project you felt so strongly about?
I wanted to tell a story about a woman who is trying to put the past behind her and trying to function as a mother, as a wife, as a woman, and not let the trauma from the past destroy her and take over her life; that struggle to try to heal and cure and forgive, and how impossible it is; and then the question, that friction, the explosive relationship between forgiveness and revenge. That was a story I wanted to explore and bring to the world. It’s a question that I’ve been battling myself: Do I believe in punishment? Do I believe that you will feel better if you hit back, if you hurt someone who hurt you? Or should you live in a more forgiving, loving way? I had so much chaos in me when I was younger, and this is something that I’ve been very interested in for a long time. That was how it started. And then this journey to find a director began, and when I met Yuval Adler, he just went straight into the core of what I wanted to tell. He and I started the journey together when we rewrote the script and changed the character into something that was more personal to me.

This is the latest in your executive producing repertoire; why was that a side of filmmaking you wanted to explore?
I’ve always loved to sit by the monitor and watch actors investigate and explore a scene. I always find great satisfaction in seeing things come to life in the most beautiful way. I think that is something I’ve been doing secretly for many years. And same with hiring people—looking at a constellation, like, How will those energies work together? Who should we throw into the mix? I live for connections. When I discovered film, I was 13 or 14, and it was the fact that I connected with someone else’s creation. I remember watching Ridley Scott’s “Alien” when I was 13, and I connected so strongly with Ripley, Sigourney Weaver’s character, and the same with Patricia Arquette’s character in “True Romance.” Those were two of the first films I saw, and I was just like, I feel connected, I feel that I belong to something. And I feel that being a producer, you connect with more dots. As an actress, it’s you and the character and the director and your co-stars. But as a producer, it’s the whole. It’s every function, everyone involved, and you need to be the glue, you need to be a problem solver, and you need to stay calm. It’s a totally different mindset.

“I was very unforgiving towards myself. Now I try to have more fun with myself. I’m actually quite nerdy and I’m stupid most of the day, and I allow myself to be.”

Has your work as a producer informed your work as an actor, or even how you operate as an actor on set?
I can’t really be an asshole! I’ve never been an actual asshole, but I’ve been ignorant and restless and in my feelings sometimes. Stepping into the other side and being a producer, I can see more now why something can’t always work, doesn’t run as smoothly as you want it to. I think I have a greater understanding of how complex [making] a film is, and all the components that need to fit and run and link into each other for a day to run smoothly. I think I can never go back to being as impatient as I was before.

When you’re weighing a project, as either actor or producer, what makes you say, “I have to be involved with that”?
I feel like it’s my responsibility as an actress and as a producer to bring stories to life that might not be told if I don’t tell them, and to have the bravery and the courage to give voice to the unheard, to shine light on topics and problems that are maybe not so pleasant and not so easy or comfortable. As a filmmaker and an artist, I need to reflect what’s going on in real life, and not sugarcoat it. I need to stay true to the complexity of life.

Casey Mink
Casey Mink is the senior staff writer at Backstage. When she's not writing about television, film, or theater, she is definitely somewhere watching it.
END_OF_DOCUMENT_TOKEN_TO_BE_REPLACED