What You’re Doing Wrong in Your On-Camera Auditions 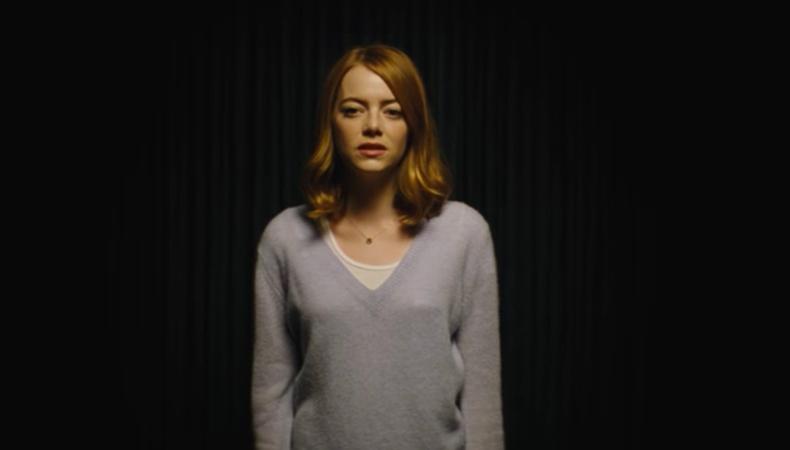 The Golden Globes are one of the few awards shows that honor excellence in both film and television acting. So, with the Dec. 6 announcement of the 2019 nominees, it’s only natural if you’re suddenly dying for a screen gig, big or small. If that’s the case, you’re probably going to have to audition first. Below, seven Backstage Experts tell you exactly what you’re doing wrong in your on-camera auditions, and how exactly you can fix it.

You’re acting the part rather than being the part.
“Years ago, I went to a graduation ceremony for a major acting school and the commencement speaker was legendary film actress Lillian Gish who had begun her career in silent films and continued to work well into her 90s. In her speech, she boiled camera technique down to the simplest possible explanation: ‘On stage, you can act a character. On film, you must be that person. Truly ‘be’ them.’

“In this new age, when virtually all of us have a cell phone that can record video, there’s no excuse for not learning the difference between working in these two very different mediums. If you have an upcoming camera audition, self-tape it first, then take a good critical look at your work. Are you helping the camera understand what’s happening in the scene? If so, stop it.” —David Dean Bottrell, actor, acting teacher, and Backstage Expert

You’re not focusing on eye contact.
“Inexperienced actors often look shifty-eyed, as they move back and forth between another actor’s two eyes. Depending on the tightness of the shot, this may not be an issue. However, you should be very careful if the shot is extremely close and intense. By focusing on the downstage eye (the one closer to the camera), your performance will have more stillness, which both directors and audiences prefer to the shifty-eyed look.” —Brian O’Neil, acting career coach, consultant, audition coach, and Backstage Expert

You’re not checking your quirks.
“Be sure what you think you’re doing in front of the camera is actually reading on the monitor. Rehearse with a video camera and watch the playback. The camera often magnifies small physical movements you have naturally in everyday life. Unfortunately, arching eyebrows or a bobbing head draw attention to themselves on camera and distract us from watching what you’re thinking and feeling. Lose them. This does not mean you don’t move at all. You don’t have to be still to be effective on camera. Your physical life should look natural and full within the frame. It’s like the difference between cats and dogs. If you enter a room where a cat is cleaning itself with its paw, it will stop, look at you, then resume cleaning itself. Cats do one thing at a time. There’s separation. A dog, on the other hand, will scratch itself, wag its tail, and look at you all at the same time. Obviously, actors should be cat-like. It’s also ok to ask at the audition how they’re shooting you so you can adjust.” —Philip Hernández, audition coach, NYC-based actor, and Backstage Expert

You’re forgetting the face.
“To define the difference between acting for the stage and acting for the camera, all stage actors are trained in two channels of nonverbal communication: the body and the voice. However, what separates the on-camera actor from the theatrical actor is the on-camera actor must know the three channels of nonverbal communication: the body, the voice, and the face. Some people are wired to internalize emotion, meaning what they’re feeling isn’t being revealed, whereas there are externalizers who know what emotions look like but they don’t connect to the intensity unless they have a lot of stimuli. This same idea can apply to your headshot, too, if you’re wondering why all of your headshots look exactly the same!” —John Sudol, acting coach, author of “Acting: Face to Face: The Actor’s Guide to Understanding How Your Face Communicates Emotion for TV and Film,” and Backstage Expert

You’re being too non-specific.
“On camera, limitless possibilities translate as general. Human limitations translate as clearly defined character. Human beings, and therefore characters, are defined by their prejudices which limit the ways they see and respond to the world. Watching a limited human being or character clash with the world is what makes a story interesting. The ‘you are the character and the character is you’ approach would actually work if actors isolated specific qualities or character traits (or character limitations if you will) that they themselves possess and let those specific qualities dictate how they play the entire scene.” —John Swanbeck, director, author, speaker, writer, and Backstage Expert

You’re speaking with stage diction.
“Even if you’re loud enough on stage, you still have to speak clearly and enunciate your words so the audience can understand you as well. But when stage actors bring that practice into on-camera acting IT CaN SounD LiKe ThiS, which can be very distracting, obviously. I have to remind actors that it’s actually very hard to not understand someone speaking English, so feel free to be Mushmouth. Not mumbly or slurry, but you just have to know when to let go oF BeinG So CleaR WiTH EaCH WorD.” —Shaan Sharma, on-camera acting teacher, session director, and Backstage Expert

You’re too aware of the camera.
“Just like in a live audition, unless directed to do so, don’t address the camera directly. Also called ‘breaking the fourth wall,’ looking into camera can distract from your performance. Pick a focal point just off-camera. Since you’re shooting yourself, you can even place a sticker on the camera a smidgen to the left or right to keep your focus out of the lens.” —Mae Ross, on-camera acting coach, owner-director of 3-2-1 Acting Studios, and Backstage Expert

Ready to give it a shot? Check out Backstage's TV and film auditions!

Casey Mink
Casey Mink is the senior staff writer at Backstage. When she's not writing about television, film, or theater, she is definitely somewhere watching it.
END_OF_DOCUMENT_TOKEN_TO_BE_REPLACED