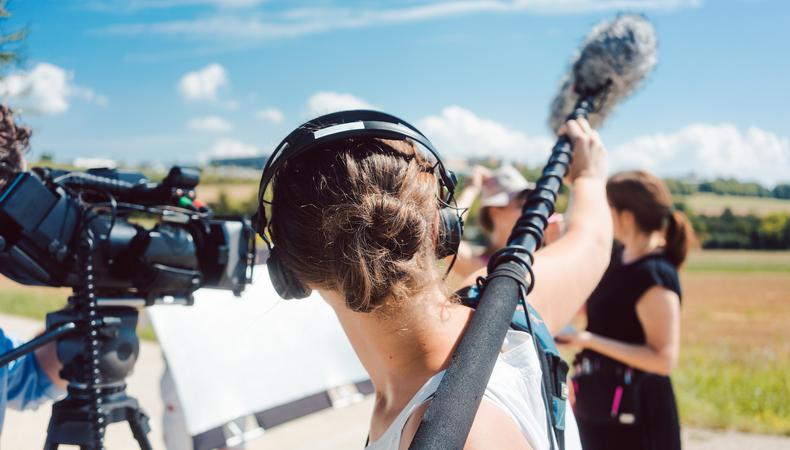 Don’t miss any of today’s top gigs! Find stardom in both alternate universes and this one with the indie feature film “Going Viral.” It’s now casting several roles and hiring crew positions, too. Plus, an eight-episode podcast drama, a feature courtroom drama, and a serialized comedy about a rock duo are casting now.

Life Is My Movie Entertainment is casting the indie feature film “Going Viral,” a story set in an alternate 1980s timeline where a nerdy 14-year-old boy suddenly gets the popularity he’s always wanted when a deceitful Artificial Intelligence makes him a social media sensation. Talent, age 14–55, is wanted to a variety of leads and supporting roles, including the A.I., Mr. Viral. Additionally, the production is currently hiring several crew positions, including a director of photography, a stunt coordinator, and more. Rehearsals will begin on Nov. 8, followed by filming on Nov. 29 for 15–20 days in Georgia. Pay is $100 per day for cast members and $1500–$6000 flat for crew members, depending on the position. Travel and lodging expenses will be covered by production.

“The Astonishing Adventures of the Chevalier Johnstone”

Join the cast of “The Astonishing Adventures of the Chevalier Johnstone,” an eight-episode podcast drama that follows the story of James Johnstone, who survives the slaughter at Culloden in 1746. Two male voiceover actors, age 18 and older, are now wanted to voice the role of Johnstone at two points in his life. Additionally, voiceover talent is wanted for miscellaneous characters across the eight episodes. Auditions will be held on Oct. 24–25. Talent will work remotely. This is an unpaid gig, though profits will be split amongst the cast and crew.

Casting is underway for “Penitentia" a feature film that follows a young associate lawyer who must decide the kind of lawyer he is meant to be after getting involved in a case of corruption, power, and abuse. A white female actor, age 40–49, is now wanted to play the role of Shelly, a private investigator and former police officer. Filming will begin in January in St. Louis, Missouri, and Wichita, Kansas. Pay is $206 per day.

Cropsey Park Productions is currently casting “Love and Me & You,” a new serialized comedy about a rock duo. Three actors, age 18 and older, are wanted for supporting roles in the project. Filming will take place in New York City in November. Pay is $15–$25 per hour for the test pilot with the option to sign on for a full season if the project is picked up by a network.