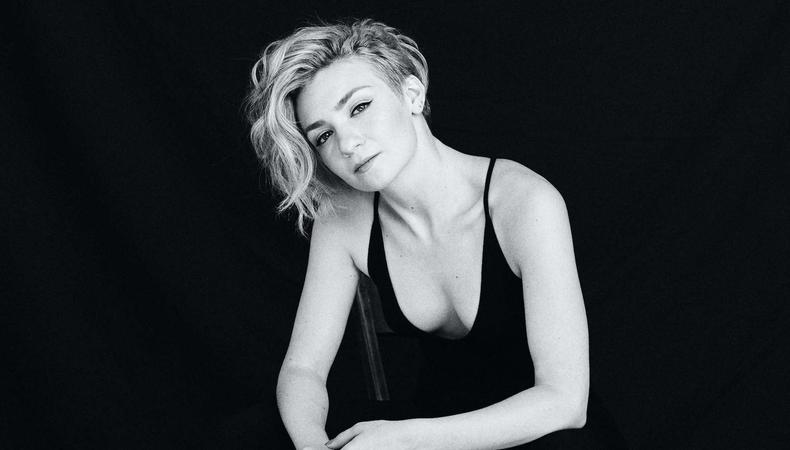 The following Career Dispatch essay was written by Paloma Garcia-Lee, who plays Graziella in Steven Spielberg’s “West Side Story,” now playing in theaters.

Patience, trust, and gratitude are some of the practices that have guided me through the last few years and have been a part of how “West Side Story” has changed my life. Something I continue to learn is that life has a beautiful way of surprising you—and art has a beautiful way of finding you when you need it most.

Steven Spielberg’s “West Side Story” is my first film. We had waited over two years to see it, after our release was pushed due to the pandemic. And somehow, through all of the chaos and delay, this movie now arrives right on time, both in my personal life and, I truly believe, in the world.

One of the most beautiful and rewarding things I find about being an artist is that your dreams and goals keep evolving. I remember dreaming of being on Broadway; it was all I wanted. With luck and hard work, the opportunity arrived, and I made my Broadway debut when I was 17 years old. Now, six Broadway shows later, that dream has continued to evolve, change, grow, and expand.

As I now set my eyes on a new chapter of working in film and on television, I am so excited to see how it all unfolds. I trust more than ever that the journey will be more extraordinary than I can imagine right now. I am such a believer in manifesting, in not shying away from the things you want in this world, and in doing the work to align yourself with your dreams. I believe in the knowledge that your wildest dreams can come true.

“What a master class in the ability to remain a student in the work, to remain curious and kind.”

The opportunity to be a part of this film was extraordinary—not only being able to work with Spielberg and his exceptional team, but to also step into the “West Side Story” legacy. That in itself inspired me to focus on a new path. So I moved across the country, and I shifted everything in my quest for a new and expanded dream.

I learned so many things from Spielberg and those in his close orbit. Watching one of the most influential directors in history show up every day with curiosity, care, kindness, excitement, and respect for the work—and a deep care for creating an environment where everyone felt seen and valued and safe—was astounding.

What a gift. What a master class in the ability to remain a student in the work, to remain curious and kind, to keep dreaming and keep that childlike sense of wonder about art and what is possible for each of us to accomplish through that art.

“West Side Story” is as powerful and topical now as it was when it was written. I am a better person for having made this film. It’s influenced so much positive change and evolution in my own life, and the opportunity to finally celebrate it with the world is special beyond words.

If you’re reading this, I hope you treat yourself to a night at the cinema to see “West Side Story.” Let it wash over you, let the music transport you, and let these brilliant performances and new faces and introductions to Hollywood move you. Let this beautiful and timeless story allow you to reflect on how we can create a better world for each other. It’s amazing how art can change us—and how art can save us.