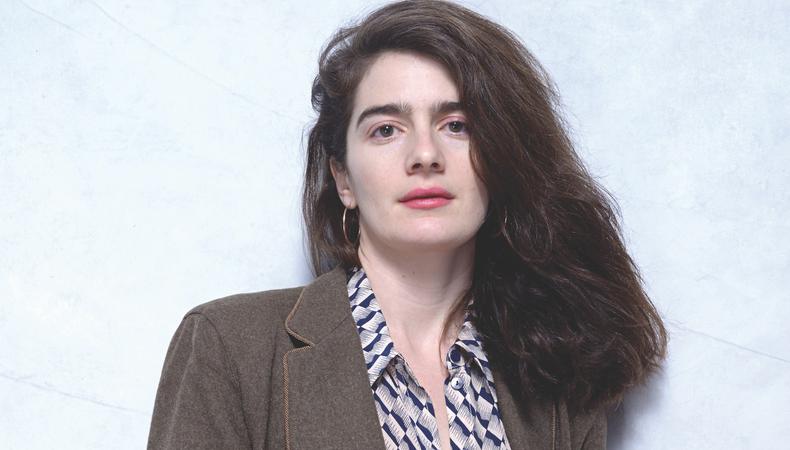 Two-time Emmy nominee Gaby Hoffmann (“Transparent,” “Girls”) is taking a dramatic turn in the 60-minute indie “Lyle,” playing a mother determined to prove her toddler’s death wasn’t an accident. She chats about what she learned from the project (out on VOD and DVD Sept. 29), her acting crushes, and the famed playwright whose grammar she once tried to correct.

Tell us about “Lyle.”
[My character] is this incredibly kind and loving woman who, for some reason, is in a slightly dysfunctional relationship, but is devoted to it nonetheless because her focus is family—so much so that I think it blinds her to some of the realities of her life. She feels, to me, like she’s been a bit beaten down by something, so she’s sort of the perfect victim for this sort of ruse. And then, through the tragedy of losing her child, she actually starts to come to a little bit, just in time.

What did you learn about yourself on this project?
[Because] I’m not typically drawn to this sort of genre, I think what I took away from it is that I have no idea what I can and can’t do, like what is easily accessible to me and what is not. I think of myself as somebody who sort of follows my instincts and approaches things from just a natural, instinctual place, and that seemed tough to rely on when it came to such high stakes and such heightened circumstances. But, in fact, it’s still all that’s necessary. The tools are the same—at least for me. So that was kind of fun and exciting to learn. Anything that needs to be accessed is within me. Even if it’s in a circumstance that seems outrageous, I can still just go back to the basic human experience and it’s all there.

On whom do you have an acting crush?
Samantha Morton and Tilda Swinton. Those are the first two that pop into my mind. I just find them incredibly compelling to watch. Every little choice and move they make excites me.... I’m also drawn to the projects they choose. I just think they’re really exciting ladies. Oh, and Amanda Peet on “Togetherness,” to me, is the most satisfying. It’s like somebody’s satisfying the deepest itch. I just adore her. She’s my most recent crush.

What is your worst audition horror story?
I did once suggest to Edward Albee that he had miswritten a sentence, and of course I was wrong and he was offended. And I didn’t get that part, but that was OK ’cause I didn’t really want it. And I don’t think it was ’cause I criticized his grammar, I think it was just ’cause I sucked. I don’t know why in the world I thought I knew what I was talking about. I still have to remind myself when to use an apostrophe with “it’s.”

How do you typically prepare for an audition?
I just try to show up and be relaxed and present and honest. And that’s my only trick. And sometimes it works, and sometimes it doesn’t. Honestly, sometimes it really doesn’t work. Sometimes I’m, like, “Fuck, I should have prepared more for this. I don’t know what I’m doing.” And other times I just rely on my instincts. And it really helps if you’re working with somebody else who’s good. If you’re working opposite an actor who can act then all you have to do is listen and respond.

Which of your performances has left a lasting mark on you?
I think that “Lyle” is actually a good example of something that opened something up in me and shifted something. I think being bigger and louder is something I always shy away from, so I think this experience showed me that it can be just as effective and just as honest, and that, I think, is very useful and has definitely stayed with me.