Rumorville: A ‘Sex and the City’ Reboot May Be Coming to HBO Max + More to Watch 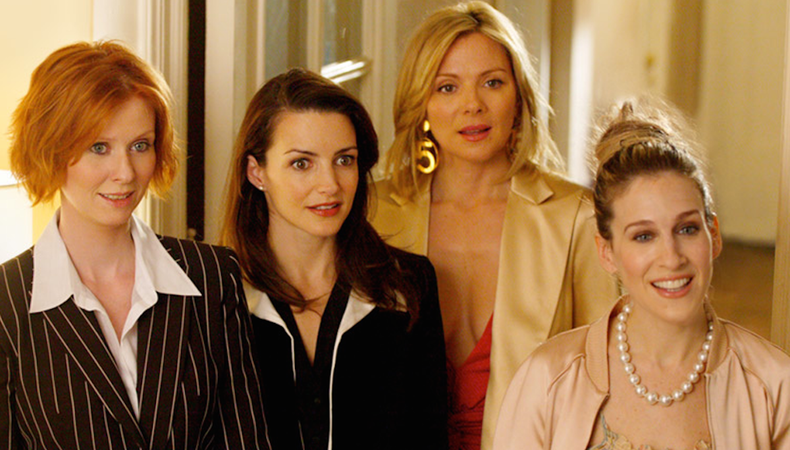 “Sex and the City”
We can’t help but wonder: will there be a “Sex and the City” reboot coming in 2021? According to an industry insider talking to Page Six, the hit franchise that starred Sarah Jessica Parker, Kim Cattrall, Kristin Davis, and Cynthia Nixon, is eyeing a return to the small screen with a limited series reboot coming to HBO Max. The series will reportedly include Parker, Davis, and Nixon, but not Cattrall. Parker, who was also a producer on the series, expressed her desire to “revisit” the series and see where the characters are now, on Entertainment Tonight in September 2019. Reps for HBO Max have yet to comment on the potential reboot/revisit. The original series casting director was Jennifer McNamara, who is now the senior vice president of casting for NBC, and series creator Darren Star has most recently worked with Chrystie Street Casting on “Emily in Paris” and Finnegan/Jacobs Casting on “Younger.”

“Dungeons and Dragons”
Chris Pine is ready to roll for his next role. The actor is reportedly negotiating a deal to star in the upcoming “Dungeons & Dragons” feature based on Hasbro’s roleplaying game. Jonathan Goldstein and John Francis Daley (“Game Night,” “Spider-Man: Homecoming”) are set to direct from a script they’ve written based on a draft by Michael Gilio. According to Deadline, the live-action flick will feature an ensemble cast and take a subversive approach to the game. No casting has been announced other than Pine’s in-progress talks. Filming is expected to begin in the first quarter of 2021 in Belfast, Northern Ireland. A casting director has yet to be named, but potentially keep an eye on “Game Night” CD Rich Delia—find out what you can expect when auditioning for Delia here at Backstage!

“Look at Me”
First reported by Deadline, NBC is developing “Look At Me,” an ensemble drama series inspired by the life of Deaf model, actor, and activist Nyle DiMarco. The project hails from Neil Meron with Zadan/Meron Productions (their second sale at NBC this season following the Amber Riley-led “Dream”) and Universal Television will follow a multi-generational Deaf family living under one roof and their hearing daughter-in-law and granddaughter who move in after a change in their circumstances. Tom Donnelly and Josh Oppenheimer (“Conan the Barbarian”) will write, and DiMarco, Donnelly, and Oppenheimer will executive produce.