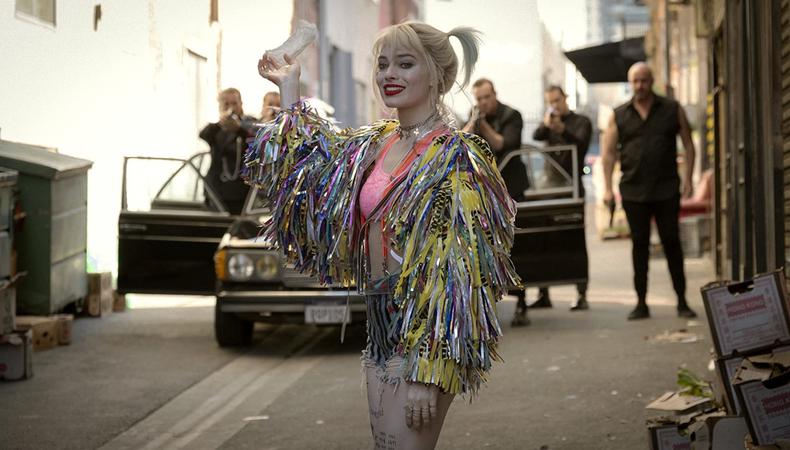 “Birds of Prey” Sequel
“Birds of Prey” director Cathy Yan wants a sequel and she knows you do, too, so she’s planning on pulling out all the stops if it gets the greenlight. In an interview with The Wrap, Yan said that if she were to direct a “Birds of Prey” sequel, she would focus on the fan-favorite relationship of Harley Quinn and Poison Ivy. Yan has the unofficial backing of Harley Quinn portrayer Margot Robbie, as Robbie has long been pushing for a Poison Ivy appearance. A “Birds of Prey” sequel is still unconfirmed, especially in the middle of the shutdown, but the film’s strong following and the fandom’s overall love for Poison Ivy could easily push a sequel forward. Rich Delia was the brains behind the “Birds of Prey” casting—find out what the Netflix and DC Universe casting director looks for from actors in the audition room here at Backstage!

“Doogie Howser” Reboot
The doctor is in…development. The classic medical dramedy series “Doogie Howser, M.D.,” famous for launching the career of Neil Patrick Harris, is reportedly getting a comeback and a major makeover. According to Deadline, Disney+ is developing a new series, “Doogie Kealoha, M.D.” (working title), a reboot of the series with a female lead. The new series, coming from Kourtney Kang (“How I Met Your Mother,” “Fresh Off the Boat”) would be set in Hawaii and center on 16-year-old Kealoha, a half-Asian, half-white teenage doctor. Kang’s work with “Fresh Off the Boat,” an ABC series, might be the best place to look for future development updates of the new “Doogie” series. Be sure to keep an eye out on the casting team of Colloff/Nicolo for some possible insight!

“Tinseltown”
Those feeling a little nostalgic right now for the Hollywood of old are in luck. Spectrum Originals is reportedly developing “Tinseltown,” a period drama series based on William J. Mann’s 2014 bestselling book “Tinseltown: Murder, Morphine, And Madness At The Dawn of Hollywood.” Mann and Kevin Murphy will team up to write the adaptation, which will be set against the glamourous backdrop of the silent film era and will explore the lives of four pioneer women filmmakers whose lives were threatened by the scandalous murder of William Desmond Taylor and the patriarchy of Hollywood’s studio system. Casting is not part of the conversation yet, but keep an ear out!

“The Night of the Hunter”
A classic film is getting a new look at Universal Pictures. The studio is reportedly remaking 1955’s “The Night of the Hunter” with Matt Orton set to pen the script. The original story follows a religious fanatic, con man, and murderer who marries a widow, knowing that her deceased husband had hidden $10,000 from authorities following a bank robbery. Not much is known about the remake, but it is expected to be a modern adaptation of the original. The project is still in development, so no cast or director has been discussed yet, but keep an eye out for future news once this thriller gets off the ground.

Brad Pitt-Warner Bros. First-Look Deal
As Brad Pitt’s long producing credits list continues to grow, so will his work specifically with Warner Bros. The multihyphenate’s Plan B Entertainment signed a first-look feature deal with the film studio this week. Responsible for Oscar winners “The Departed,” “12 Years a Slave,” “Moonlight,” and more, Plan B will give Warner Bros. exclusive options on all film projects. This marks a coming home for the production company, which was launched at the studio in 2002. Once Hollywood gets back up and running, expect to see the ever-busy Pitt hard at work on the first film in the deal.