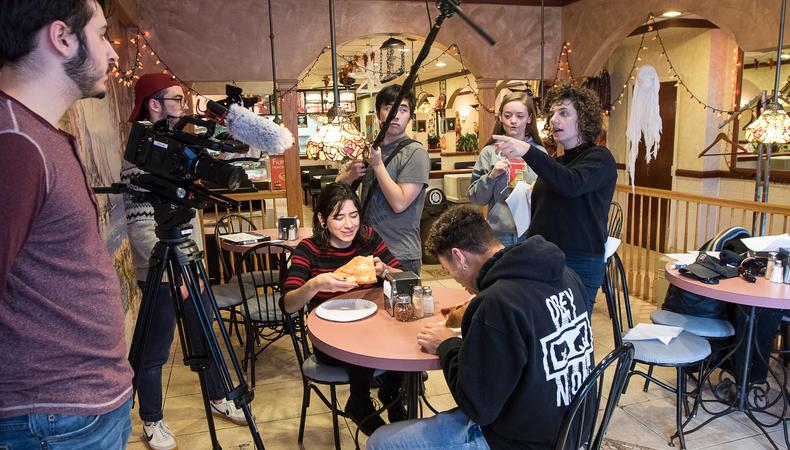 Despite being a relative newcomer to the filmmaking BFA scene, Rutgers is quickly making a name for itself. In the six short years since its founding, the filmmaking program at the Mason Gross School of the Arts has already established itself as one of the country’s leading programs for aspiring auteurs, thanks in no small part to its holistic, conservatory-inspired approach to teaching. Not only do students graduate with a deep understanding of directing, but of every other bit of work that goes into making a complete film. And the fact that the campus is so close to New York City, a major industry hub, certainly doesn’t hurt when it comes to internships, guest speakers, and landing top-notch professors.

Patrick Stettner, Chair of Filmmaking, chatted with Backstage about how landing a job in the industry has changed since he was coming up (along with some advice on how to do it), the truth about life on set, and what aspiring filmmakers should consider before diving into a college program. 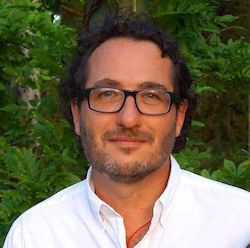 For someone who is new to the industry, describe what a director does.
The director is the person ultimately in charge of turning the text of a screenplay into a film. They lead the various departments through pre-production, production, and post-production; this can include setting up the look with the [director of photography], figuring out the details of locations and sets with the production designer, working with actors, costume designer, editor, and sound designer. Depending on the budget or style of the film, [the] director can do part or all of this themselves. Above all, the director’s job is to maintain the film’s artistic vision through various stages of production.

How did you get into directing? How did you work your way up?
As a teenager I wanted to make films; I knew I wanted to be a director early on. My first job in the industry was as an assistant editor for documentary films on public television.

I’m not sure the old Hollywood course of working your way up from PA to AD to director is as typical [today] as it used to be. Producers and financiers are looking for directors who can bring a unique vision to the material. So becoming a director is often about making your films, building your portfolio, creating or attaching yourself to a good screenplay, then using those elements to develop interest with producers and/or financiers.

I didn’t work my way up through working on sets; I did it through directing short films and writing screenplays that garnered interest. Shortly after graduate film school, my short film got attention at film festivals and through that, I met industry representatives and producers. That ended up being how I got my first feature film funded. 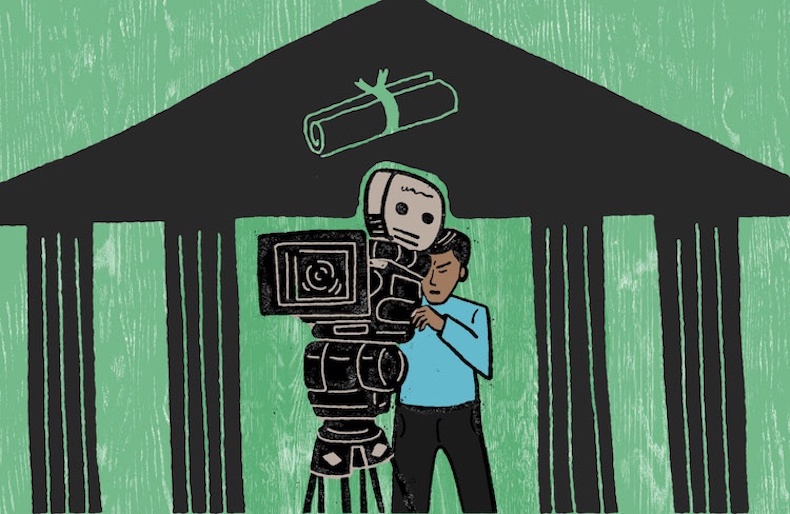 What kind of training/education would you recommend someone have if they want to pursue directing?
The best training for any novice filmmaker is to keep making films and writing screenplays. It’s the best way to learn and develop your craft. Try to be fearless, don’t be afraid of failure because failure is learning.

And—not surprisingly—I recommend going to undergraduate film school. It can provide you with several benefits: a space to discover your talent, an environment that challenges you so that you can find your original voice as a filmmaker; a place where you are exposed to different ways to make films and learn new valuable tools that you can have at your disposal as you direct your films; a place where you form a community that hopefully will continue after you graduate. Then you have the ability to make films, your destiny is in your hands, without waiting for industry permission.

What do you think are some of the biggest misconceptions about working in this industry?
I guess there are some general misconceptions out there about the industry: that you will hang out with stars, that this is some kind of glamorous life. If you’ve ever worked on a set, you realize how ridiculous that is. It’s hard work but it can be artistically fulfilling and if you like collaborating, it can be gratifying and rewarding.

For directors, one of the biggest misconceptions is that the key to success is replicating some current fad or formula. In reality, those motivations are transparent and they rarely work. Instead, directors should try to bring forth original material that is authentic to who they are. Another misconception is that audiences can be easily manipulated; lack of respect for the audience is transparent. Directors should strive to reproduce an element of emotional truth in their work.

Another one is thinking that a director has to be caustic, shouting at people to tenaciously hold onto a singular vision. In reality, good directors are good collaborators and good listeners, and they are always looking for whoever has the best idea to make the film better. Artistic vision is an evolving element and if you’re needlessly stubborn, you’re losing the opportunities to add dimensions and make your film better.

How would someone know if a career in film is right for them?
There should be a love of film that goes beyond fandom; they should have a demonstrated interest in how films are made. If you’re not interested in working with others, that’s a good indication that filmmaking isn’t for you. If you think you want to be on set, you should be prepared for a somewhat nomadic life, going to far-flung locations, living in hotels, constantly moving around at odd hours.

Having said all that, one of the outstanding elements of filmmaking is the varied ways

“Good directors are good collaborators and good listeners, and they are always looking for whoever has the best idea to make the film better. ”

individuals can work in the industry. Being a director, screenwriter, actor, [director of photography], editor, producer, publicist, costume designer, all the crew in the different film departments—they all bring a different set of skills to bear and require different personalities yet they have to have the ability to work with others.

What should applicants consider when determining if a film program is right for them?
How large is the program? What is the diversity of the community like? What is the size of each cohort? Am I going to be jammed into a large lecture hall or will my classes be small workshops? What are the curricular goals of the program? Will I have the opportunity to know the professors in the program, or does the program have a few big-name cutouts that never teach any classes? Do they require me to pick a specific track (screenwriting, cinematography, directing, etc.)? What kind of equipment do they have, and when can I get my hands on it? Where is the campus located? Is it near technological and commercial (and non-commercial) institutions of filmmaking that will enable me to get an internship? Does the program focus on just narrative Hollywood films, or does it promote/celebrate different forms of making films?

What advice would you give an aspiring director?
Keep making films no matter what. The reality of the business is that you will spend many years trying to get different projects off the ground that might never materialize, so you have to stay nimble and ready to shift gears. You should ideally have a handful of different-size projects that you can move forward with.

Also, directing is directing; say yes to anything that will develop your craft. Above all, keep making films, take risks, explore different forms (documentaries, portraits, experimental, etc.) all those films will help build your talent and body of work.

Tell us something about Rutgers Film that readers might be surprised to know.
We have a professional documentary unit within our film program, we make short and feature films, and our students travel the world making documentaries. For example, we just released a beautiful film, “Utuqaq,” where one of our students and a director spent three weeks on snowmobiles following climate scientists on the glaciers of Greenland. This interdisciplinary film production unit allows for cross-pollination between art, science, creative writing, and research. Over two dozen films have been made, and productions have sent students to make films with researchers to Antarctica, Spain, Thailand, Indonesia, Rome, Florence, Virgin Islands, Greenland, Mexico, Brazil, Zambia, Alabama, St. Louis, and other places around the United States. All of our projects involve students at every step of the production, are led by Academy Award-winning faculty, and at the end of the day, our students get notable credit on professional productions.

What sets Rutgers Film apart from other programs?
What distinguishes us from other film schools is our size. We’re based on the conservatory model; our classes are small, it’s intensive and students are required to produce a lot of work. We don’t silo students: meaning there are no specific tracks, we want students to be proficient in all aspects of filmmaking. We have a diverse student body and a lot of different artistic voices being explored.

Being close to New York City means students have opportunities for internships and networking. It’s also why our Visiting Filmmaker Series can attract so many notable filmmakers, including Kelly Reichardt, Debra Granik, ReMell Ross, Bing Lui, Robert Eggers, and Benny and Josh Safdie. It’s also why we have the faculty that we do. They’re making films, getting into festivals, and winning awards. Last year, our producing professor Mollye Asher won an Oscar for “Nomadland.” But one of the most important things we can’t stress enough is how vital it is that the students have the freedom to explore and work toward finding their own voices as filmmakers. It requires a supportive community of instructors and collaborators so students can take risks and learn how to succeed.

Backstage Crew is coming! Sign up here for early—and free!—access to the new platform.