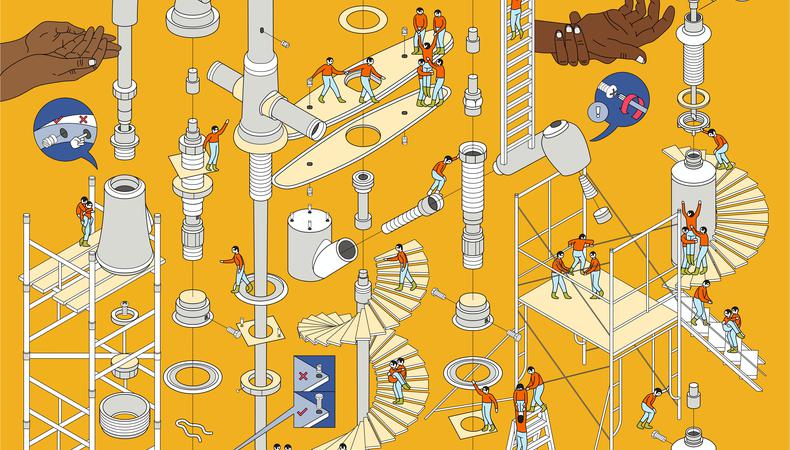 A May 6 press conference by phone featuring leaders from 10 industry unions, from television writers to theater electricians, shed light on the challenges facing all sectors of the entertainment industry while dealing with the impact of COVID-19 in the United States.

Hosted by the American Federation of Labor and Congress of Industrial Organizations (AFL-CIO)—which has 55 labor groups under its umbrella—the coast-to-coast consensus remained: Entertainment workplaces need more time and data to prepare and change the way show business works.

“Here’s the reality: Because of the nature of the industry, arts and entertainment professionals may likely be some of the last workers able to return safely to their jobs,” said Liz Shuler, the AFL-CIO’s secretary-treasurer. “And when they do, they’re not going to be returning to ‘normal’; it’s going to be a very different approach to the industry. It’s going to change dramatically.”

The entertainment industry was one of the first to be impacted by the public health measures to contain the spread of the coronavirus, but will likely be one of the last to recover, despite the much-emphasized contradictory truth about life in national quarantine: While entertainment workers are out of jobs, the public is relying on entertainment more than ever to keep them occupied in lockdown.

“Families who are sheltering in their homes for public health reasons are depending on the professionals in our industry to deliver news about this pandemic, to deliver stories, humor, and drama that are helping everyone get through this incredibly difficult period,” said Gabrielle Carteris, president of SAG-AFTRA, the nation’s union for screen talent, which includes broadcast journalists.

While media consumption has grown during the pandemic, Carteris acknowledged, production is halted. For most actors, there is little to no work.

With all sectors of the American economy in long-range freefall, unemployment numbers at Depression-era levels, and new relief legislation likely, unions are calling on politicians to not forget entertainment workers as the terms of recovery are debated in the halls of Congress.

“More has to be done,” said Carteris, calling on Congress to expand legislative relief coverage along with continued lobbying for the Qualified Performing Artist tax deduction to prevent income tax rates from escalating for an already struggling sector.

“Congress must do more,” Shindle echoed, calling for the federal government to extend the Consolidated Omnibus Budget Reconciliation Act (COBRA) to cover actors who lose their health insurance from lack of weekly work.

On Workplace Safety
When it comes to getting back to work, unions agreed that it will only be possible if conditions are safe for their members. With many leaders at the press conference noting the unpreparedness of the federal Occupational Safety and Health Administration (OSHA), unions aren’t waiting around for government to issue workplace standards. “It’s a cadaver of an agency,” said the AFL-CIO’s Shuler about OSHA. “There are no inspectors. It's been starved of budget and focus.”

When asked if Michaels had made any determinations, Shindle reported that he is working on acquainting himself with industry norms, which, as she noted, can be counterintuitive to social distancing protocols. “It’s one of the only workplaces in which it’s not illegal but expected that you kiss your coworker as a condition of your job.”

“There’s got to be an easy-to-understand format to give an indication as to whether or not it’s agreed that a set is safe,” said David White, SAG-AFTRA’s executive director. “A vaccine is overwhelmingly viewed as the time when everything can go back to normal. And broad and reliable testing and tracing is the standard as to when we'll have some organized, sustained productions returning.”

New Norms Lead to Questions in Union Jurisdictions
Since distance became the national norm, live entertainment has attempted to transition online. With revised contracts, Equity and the Stage Directors and Choreographers Society (SDC), along with the American Federation of Musicians, have permitted companies to stream archival recordings of live performances.

However, as SAG-AFTRA’s White noted, “audiovisual is what SAG-AFTRA does.” When asked about a new play “Zoom Fest” being organized by Bay Area theater incubator PlayGround, which was negotiated under a SAG-AFTRA contract, White responded: “Work by professionals in front of a camera is SAG-AFTRA’s jurisdiction…. We don't have a question about our jurisdiction.”

However, White continued, SAG-AFTRA, which has 160,000 members, wants to support the supplementary gigs that hire the entertainment workforce, and collaborate with other unions in times of crisis.

Shindle followed up on the topic: “Equity believes that working in partnership is a lot more favorable than jurisdictional squabbles that won’t really help anyone. Our priority is to get members to work.”

Unions During Economic Turmoil
Besides industry interconnection, many of the unions represented at the conference have another thing in common: They were founded in a time of economic crisis not dissimilar from today. “We were formed nearly 85 years ago in the shadow of another dark time in our nation’s history—the Great Depression,” said Directors Guild of America President Thomas Schlamme.

When asked by Backstage if any of the unions intend to lobby for Depression-inspired agencies akin to those the Works Progress Administration created to employ out-of-work actors, such as the Federal Theatre Project, Shindle responded that Equity is advocating “for a significant amount of arts funding.” An Equity representative followed up with Backstage to add that the National Endowment for the Arts could serve the same function as a WPA agency—they just need congressional funding.

However, Shindle noted, there is also the potential for members to be temporarily put to work in civic industries where they might be well-suited, like training professional artists to be contact tracers. “We are definitely investigating it. Obviously, theater-makers want to make theater, but we’re also prioritizing ways in which artists can be working during this really difficult time.”

In such difficult times, union leaders made it clear that they are advocating for their members—whether it’s in Congress or places of employment. However, despite the unified front, some craft unions have a tighter rope to walk. While SAG-AFTRA negotiates with many entertainment empires, theater-based unions like the SDC “want to keep our theaters alive in this country,” said union president Evan Yionoulis, “many of whom are in a precarious place even in the best of times.”

Shindle followed up: “We have to make sure that we still have employers to go back to. It doesn’t do us any good to hold to the way that we’ve always done things if it means that theaters are going to go out of business.”

Unions + Presidential Endorsements
In addition to lobbying Congress and employers, some unions are expanding their advocacy to the upcoming presidential campaign, as the nation grapples with the long-term reality of the COVID-19 crisis.

With widespread criticism of President Donald Trump’s economic and public health management of the pandemic, Backstage asked the leaders if their unions would be campaigning in the upcoming presidential election.

“Now that there’s a presumptive candidate for president in the Democratic Party, we will support—fully, with our political resources—the election of Joe Biden,” said Matthew D. Loeb, president of the International Alliance of Theatrical Stage Employees—a union of 150,000 members covering workers in Hollywood and theater. Loeb noted that the organization hasn’t officially endorsed Biden yet, but it will likely end up as an agenda item for their general executive board soon.

And while SAG-AFTRA affirmed that it would stay nonpartisan, the AFL-CIO will endorse soon. “The idea that we educate our members first is consistent across all unions, and we need to be issue-based,” said Shuler. “Certainly, the response to the coronavirus will be one of those many issues that we'll be highlighting for the fall… we will be engaging in a mass mobilization.”