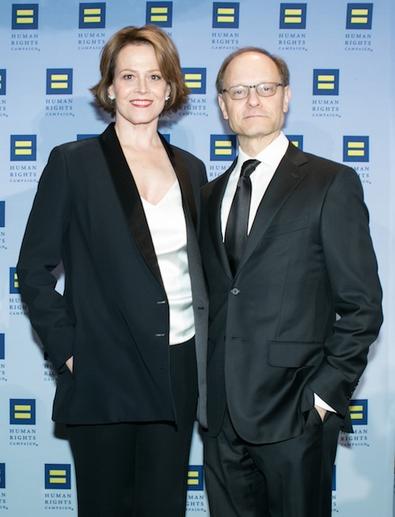 “I think the extraordinary thing about her is [that] in her choices of roles and films, and in the choices she makes as an actress, she reveals such humanity, such wisdom, such humor,” Pierce said in his introduction. “We sit in the theater and we are empowered by osmosis.”

When Weaver, also a Tony Award nominee, took the stage, she reflected on her start in the theater, calling it a “lifeboat for people who are different—a place where it is safe to be exactly what you are.”

New York Governor Andrew Cuomo was also honored with the National Equality Award. In his acceptance speech, Jones thanked Cuomo and the gala’s attending politicians (including U.S. Senator Charles Schumer) for continuing to fight for the LGBT community—and therefore, the arts.

For more information on the HRC’s work for equality in the Empire State, visit hrc.org.

Benjamin Lindsay
Benjamin Lindsay is managing editor at Backstage, where if you’re reading it in our magazine, he’s written or edited it first. He’s also producer and host of a number of our digital interview series, including our inaugural on-camera segment, Backstage Live.
END_OF_DOCUMENT_TOKEN_TO_BE_REPLACED