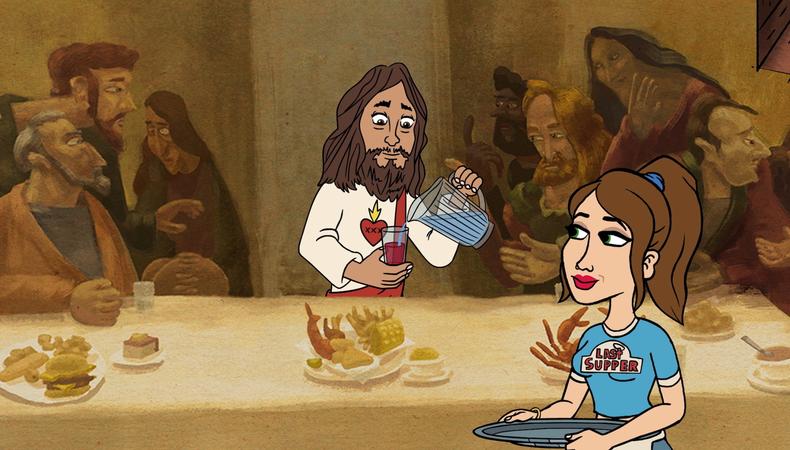 Emily Spivey’s is a name you may not know, though you’ve probably been a fan of the Emmy winner’s work for decades. Starting with “Mad TV,” her writing career has included everything from “King of the Hill” to “Modern Family” to that little-known institution “Saturday Night Live.” (She’s also done some acting, most recently alongside her comedy clique in Netflix’s “Wine Country.”) With her upcoming animated Fox series “Bless the Harts”—which features the vocal talents of Maya Rudolph, Ike Barinholtz, and Kristen Wiig—Spivey is in the driver’s seat, having based the adult series on much of her own life. And to think, none of it would ever have happened if she’d listened to any one of the innumerable voices throughout her 25-year journey in show business that told her to give up. Spoiler alert: She didn’t, and she tells Backstage why you shouldn’t, either.

What was the impetus for telling this story in this way and in this medium?
Since I worked on “King of the Hill” a billion years ago, I’ve been wanting to do the same type of show, but one that took place in North Carolina, and I wanted to tell it through the eyes of female leads. It’s an idea that’s been percolating for a long time. Then, when I worked with Phil [Lord] and Chris [Miller] on “The Last Man on Earth,” we started talking about [doing] a show together. When the idea of the show being animated came up, it just seemed like lightning struck. I was like, “Yes, doing this animated would be amazing, and I can really fulfill my ‘King of the Hill’ dream.” And so, here we are.

From a writing standpoint, are there differences in writing for an animated series compared to a live-action one?
Not really. The main differences are all good ones; for animation, you can really do whatever you want. The only limit is your imagination. That has been really fun, because there are surrealist aspects to my show—like, Jesus is a character on my show. In animation, you’re able to do things that you would not be able to do in live action, and it’s just really exciting and fun as a writer.

READ: Want to RUIN Your Voiceover Audition? Try This

Having created “Up All Night,” this isn’t your first time at the helm of a series, but you’ve also worked as a writer on others’ shows. What’s different about those two positions?
The pressure is a lot more [intense] when it is your own show, because everyone else is seeing the bigger picture, but you’re seeing the big picture [while also] seeing the molecules. There’s just a lot of stuff you have to keep your eye on. For me, there’s a huge standard that I am trying to live up to [for] this vision that I have, so I’m constantly stuck just having to wrangle all the different pieces to make it come into focus the way I want it.

When you’re in the process of staffing your show with writers, what are the qualities that make you say, “I want to collaborate with that person”?
Obviously, first and foremost, they have to be funny. I want them to make me laugh. Then, secondly, I like it when people have sort of developed their comedic and writing points of view, meaning they really are in touch with themselves and they have sort of taken an artistic journey, so they are bringing something very specific to the table. Because, truly, you need different voices in there to spice up the story, and you want people with strong points of view and good senses of humor.

Honing that point of view is something many young writers struggle with; how did you first start to find the specificity of your voice?
I have to give a lot of that credit to the Groundlings. When I was working in the Groundlings, in that troupe, Cathy Shambley and Mindy Sterling were my teachers and really taught me to take my personal experiences and turn them into comedy—and do it quickly. Whether it’s in a sketch or improv, it’s like an accelerated master class for learning your point of view, because it’s sink or swim. You’re in front of an audience and you learn pretty quickly that if you really do something that comes from your heart, from personal experience and your point of view, it will get laughs a lot quicker than something that is a big comedy concept, that is just floating out there. So I would have to say the Groundlings—and just failing a lot. You have to bomb and then you just have to keep putting one foot in front of the other and having new experiences.

To tack onto that, how do you think your experience writing sketches has informed your approach to longer-form comedy?
Oh, I love that question. I think, because I always wrote real character-based things and [got] to work with amazing comedic actors and actresses, they’re sort of teaching you. It was just another master class. I mean, writing with [Amy] Poehler or Maya Rudolph or Kristen Wiig, you’re just learning so much so quickly. In other words, now, when I’m writing characters and looking for specifics in characters and story, [I use] all the little tools I learned writing seven-page sketches.

READ: ‘Big Mouth’ Showrunner Andrew Goldberg on How to Break Into Voiceover + Animation

Do you find that you learn more about something you’ve written once actors start performing it?
Yes. I think the more you collaborate with an actor, [the more quickly] things really come into focus. Even on this show, I had the voices in my head and I had the words on the page, but then when Ike and Maya and Jillian [Bell] and Kristen came in, it just becomes this give and take; it just brings the characters to life. Especially [Barinholtz’s character] Wayne, I can cry at how sweet and strong and dear he is, and he really just brought all those qualities to Wayne. I’m just so lucky to have these people in my cast.

In general, what are the qualities in a voiceover performance that stand out to you?
I like to keep it loose a little bit, and I like people who can improvise but stay in the point of the scene; it’s not just throwing out wild lines to be jokey, to try to get a laugh. It’s a very specific sort of improv. And I like people who can bring in a little heart and really sell it. I was just watching that Ken Burns “Country Music” documentary and they were talking about Bill Monroe and how he can just get up there and wail it. It’s sort of that [same] thing that you can’t put your finger on.

That intangible, “can’t put your finger on it” thing can really be said of any great acting performance, right?
Yeah, it’s a weird thing. I mean, that’s just what it is in casting, too. Sometimes, when you don’t get the part, it’s not because you’re not an amazing actor, [it’s that] there’s just something that’s missing for the character.

For actors in general, is specificity the most valuable asset?
Yeah, it goes back to point of view. If you have a really strong voice and you’re presented with material, if you can channel your confidence and point of view into the characters and the lines, that’s where the bread and butter is, that’s the sweet spot. Like Maya and Kristen and Ike, they’re not from the South, but they’re bringing all their experiences to it and it really seems authentic and it is so interesting to watch.

Thinking back to your fledgling, early-career self, what’s the one piece of advice you’d give her?
Don’t ever give up, because all you’re going to do is come in contact with people who say, “Oh, my God, it’s pointless, everybody has a stack of scripts on their desk, nobody wants you.” You just have to say, “OK, I’m not going to hear that today.” You have to keep doing it. Also, you can’t expect it to happen immediately. You really have to put in the time, and you have to look at yourself and examine what you do right and what you do wrong. Don’t try to say that it’s everyone else’s fault that you don’t get the job or you don’t get the audition or the part. Just keep writing and reading and waiting so that when you are presented with an opportunity, you are ready with your script and you’re ready with your material. It’s doing your homework all the time and putting yourself out there when you’re tired and scared. If I had stopped every time somebody told me I didn’t have a chance, I would’ve stopped 25 years ago. You just have to keep doing it.

Casey Mink
Casey Mink is the senior staff writer at Backstage. When she's not writing about television, film, or theater, she is definitely somewhere watching it.
END_OF_DOCUMENT_TOKEN_TO_BE_REPLACED